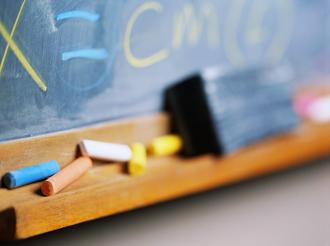 “I want to pledge to the people of Alabama that both the House and the Senate will do everything in our power as a legislative body to make sure the public schools across Alabama are safe and secure,” These words spoken by Alabama Speaker of the House, Mike Hubbard, (R-Auburn) set the tone for Wednesday’s “School Security and Student and Teacher Safety,” meeting.

The hearing was organized following the massacre of 20 first graders and six adults in an elementary school in Newtown Connecticut. None of the adults in the school were armed with their own personal firearms and there was no trained and armed security present in the school.

From needing more mental health offerings to arming teachers to warnings of al-Qaida threats within Alabama the hearing covered a gamut of possible realties.

Senator Brewbaker opening remarks seemed to evoke a need for wisdom and caution, “I hope that we can—as Senator Figures has already—take a broad view of this. Very often in legislation the very obvious answers are the worst ones, or at least the most ineffective.” Brewbaker went on to remind those gathered that the Connecticut massacre was perpetrated by a man who was mentally ill and that schools are not always equipped to help such people.

Brewbaker expressed the need to make sure that Alabama school could say, “yes,” when a student needed help with mental health.

“There is no guarantee that an evil person will not commit a heinous act but we has policy makers can make sure that there are the resources and training for school councilors or professional,” Brewbaker said, “ We need to make the money available for principals and schools to be able to offer help in these situations this is a step in the right direction.”

Not everyone seemed to share the Senator’s plea for more resources to fight mental illness rather they saw and immediate need for armed intervention.

Representative Kerry Rich, (R-Albertville), said that armed, “resources officers in all the schools I think that is the best way.” Rich said that school districts that could not afford such officers should be given the option to, “have someone carry a weapon, [in the school] as long as they have the same training as polices officers.”

However, Alabama Director of Homeland Security Spencer Collier pointed out that only 27 percent of Alabama’s law enforcement officers are certified in, “Active Shooter,” training.

Representative Thomas E. Jackson, (D-Thomasville ), said that, “Arming people with guns is not going to stop the violence.” He said that we had to find a way to, “Touch the hearts and minds of these troubled people, hardware is not a solution.” He again pointed to the fact that Alabama has closed mental health facilities across the state at a time when they were most needed.

Senator Vivian Figures, (D-Mobile), was one who also emphasize the need for a mental health approach. She pointed out that in these mass murders that have happened in our country that the perpetrators all had signs of mental illness. She also said that there are, “indicators with these children,” and that, “educators need to know the indicators, and recognize those that need help.”

Figures, reminded the hearing that, “These shootings are not just going on in schools, the are happening in theaters, at rallies in public places, we have to get to the root of the problem.”

Spencer Collier, director of Homeland Security said that his goal was to take an, “overall, comprehensive, strategic view of the issue.”

In December Collier was tasked by Governor Robert Bentley to develop a plan, to provide a strategic plan to prevent, if possible, and respond, if necessary, to an active shooter scenario in the state of Alabama.

“Just as Senator Figures said and she said correctly even though this is particularly about school safety, the active shooter, worse case scenario is going on in work places, entertainment venues, houses of worship and particularly schools,” said Collier.

Collier said that the data indicates that there is no one set pattern to these events. “ So, we must prepare, we must control expectations, number one, I don’t think we are doing an incredible service by saying that we can prevent this from ever happening. We must control it through education. But what we can do is minimize it and mitigate it and that is part of what we have done.”

Collier told the legislators that number one, to his plan is to, “train each law enforcement officer in this state to be active shooter prepared and active shooter trained.”

Number two, goal was to educate the public, not just law enforcement, in what to do in an active shooter situation. “Prior to Newtown we were working on a program called “Run, Hide, Fight” that we partnered with and used in the city of Houston. That educates the public in what to do in an active shooter scenario.” However Collier admitted that this was not necessarily the answer for the K-12 system. “But we really must begin to educated the public and it is just that simple,” said Collier, “Run, escape if you can, if you can’t then hide, or if all else fails then you must fight and not be passive but be aggressive.”

Dr. Tommy Bice, Alabama Supernatant of Education offered an extensive overview of Alabama’s school preparedness saying, “All 1500 Alabama Public schools are required to have a comprehensive safety plan. The strength of these plans—which is not always acknowledge—is the collaborative process in which these plans are developed.”

Bice says that Alabama schools have been working on a program on, “How to plan, how to prepare, how to mitigate, how to respond and how to recover.” It is a strategic plan developed by National Incident Management System, (NIMS).

“Our major focus on the school level is limited access. We can’t control everything that is going to happen,” said Bice, but a program developed on the ideas of NIMS is an important one.

Bice, said that they have plans loaded and available through Virtual Alabama. According to the website, Virtual Alabama “provides the common operating picture and situational awareness needed by Alabama’s first responders to protect lives and safeguard citizens before, during, and after a disaster.”

Bice also cautioned that a , “One size fits all,” approach is not the answer to the complexities of any given school or situation.

Marla Vaughn, a Valley Elementary teacher, from Shelby County, and the President of the Council of Educators spoke from the point of view of an educator.

“There has been much discussion about training school personnel to carry firearms while on campus. I do not believe that this is an effective choice due to the fact that teachers and/or administrators having a firearm in the building just poses another security measure for students,” Vaughn said.

She did say she was open to non lethal weapons but warned, “Of course, that raises another security question and they require training.”

Vaughn said in her opinion, “each and every school school [should] have and armed uniformed officer or a plain-clothes officer who is walking inside and outside the perimeter at all times before school, during school and after school.”

She also suggested alternatives such as, “security systems that lock all doors including the front main entrance doors upon the starting bell and keep them locked throughout the day.”

There appears to be a wide gulf between ideas on how best to address the threats that may face our schools, from mental health to armed teachers the opinions ran in many directions.

The only thing for certain is that the Alabama Legislature will act. Perhaps Senator Brewbaker’s words of caution will prevail and a meaningful policies will be enacted to protect Alabama’s children and teachers.