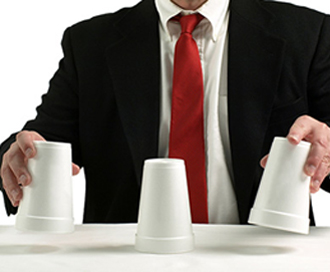 MONTGOMERY—On Wednesday, one could barely walk down the seventh floor of the StateHouse without being handed a copy of an email from Jason Isbell.
Isbell is Chief Counsel within the office of House Speaker Mike Hubbard.
The email appears to be a guide as to how to conceal certain facts about the Local Control School Flexibility Act of 2013.
There has been a general concern among members of the House that the Local Control and School Flexibility Act not contain language that would reverse the tenure law established under Students First Act of 2011.
Some House members who did not want to be quoted for this story, said they had spoken to the Speaker’s office and had been assured that the School Flexibility Act would not threaten teacher’s tenure.
However, Isbell’s email copied to Josh Blades, Rachel Adams, Sommer Vaughn, Chad Fincher, Senator Bill Holtzclaw and Ryan Cantell, seems to break with the promise made to House members.
Isbell writes, “I will also convey to him, [Senator Holtzclaw] that Rep. Fincher, Speaker Hubbard, and others hope that any attempts to include the Students First Act in Section 6(c) will be resisted.”
In the email Isbell, further communicates, “From what I’ve heard, they [the Senate Education Committee] are planning to amend the bill in committee by adopting both of the House committee amendments as well as the ‘under the Students First Act’ change that you’ll see in the attached document.”
The use of the more generic “under the Students First Act” is what is causing many to see this as a tactical diversion.
The vague “under the Students First Act” is seen as ambiguous and meant to deceive. It is Section 6(c) of the bill that really addresses the concerns of those who want to protect tenure, the reason for the simpler language which does not include Section 6(c), is because Section 6(c) cannot be “flexed out of.”
One legislator said, this was a bait and switch tacit to convince legislators that tenure is not compromised.
Senator Quinton Ross, (D-Montgomery) said “The mention of the Student First Act, …in my opinion and others’ opinions as well, doesn’t necessarily give the protections needed without mentioning the code section or making reference to the student first act of 2011.”
Ross said before he introduced Isbell’s email, “They were insistent on making sure the Student First Act and it’s code section were not mentioned in the bill. In my eyes, it truly was a pig in a poke.” Echoing the words spoken last week by AEA Executive Secretary Henry Mabry when referring to the Flexibility Act.
Holzclaw later said that before the committee meeting on Wednesday that he had not read the email from Isbell and that it was only after the fact that he read the communications.
Ross took exception with the fact that the House was trying to interfere with a Senate committee. “I was elected to the Senate and so of course what we do has no bearing on the house and so that was just very concerning,” Ross said.
Ross was able to pass an amendment to add language that specified Section 6(c) in the Senate version of the Flexibility Act.
For now the exposure of the email has led to an addition that Ross and others believe is right and fair. However, the House bill may rest on the words of Isbell, when he wrote, “any attempts to include the Students First Act in Section 6(c) will be resisted.”

Opinion | AEA dead or not? The NEA needs to go home — the in-laws have overstayed their welcome

The Alabama Education Association was the most powerful and influential political organization in Alabama for close to three decades. The late Paul Hubbert was...

Wasyluka slams Butler for not filing statement of economic interests

Amy Wasyluka, the Democratic candidate for Senate District Two said on Monday that, “Transparency and adherence to our ethics laws are more important now...