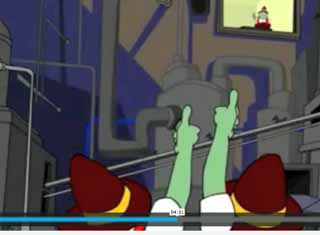 MONTGOMERY—Another professionally-crafted video from Speaker Mike Hubbard’s chief consultant has surfaced on the internet. See video here.
In the video entitled Azbell Christmas Special, David Azbell, one of the Speaker’s righthand confidants, disparages Christmas as a holiday and a deeply held religious season.
In one of the songs, Azbell uses it to express his views on what many consider the most holy event in Christianity. The lyrics are, “Santa brought me two aces, I wonder if I should split? Hey waitress, bring me a drink, while I think. What would Jesus hit?”
To use the term, “What would Jesus hit”, referring to the Lord and Savior Jesus Christ, as a person who would gamble is beyond the pale for most Alabamians. It is almost beyond belief that a man who is paid $96,000.00 in taxpayer funds, to be a chief adviser to the Alabama Speaker of the House would show such contempt for widely held values. How and why would he have such lack of respect for Christianity as to make such a video, much less distribute it proudly on the internet?
In an earlier video by Azbell, he extolled the Las Vegas virtues of “Cigars, booze and good looking women.” Now, he focuses on a disturbing view of Christmas.
Azbell, who co-wrote Hubbard’s vanity publishing project, “Storming the State House,” is also founding partner of Swatek, Azbell, Howe & Ross (SAHR), a governmental and political affairs firm located in Montgomery, Alabama.  (Dax Swatek, David Azbell, Tim Howe and John Ross). Azbell represents some of Alabama’s most important special interest groups such as the Road Builders Association, Learning Through Sports, and The Alabama Asphalt Pavement Association. Each partner of SAHR has had a personal working relationship with Speaker Mike Hubbard for years.
What some may see as a juvenile prank, others will see as a video that is deeply offensive to traditional values and Christian beliefs.
Over the last several months, Speaker Hubbard has promoted the idea of Alabama Values, even establishing a commission to study and promote such beliefs. However, he continues to employ as a chief consultant a man who mocks the most deeply held values of the people of Alabama.
In one section of Azbell Christmas Special, Azbell introduces a cartoon which he says, “embodies the true spirit and sound of Christmas.” For the next several minutes the viewer is assaulted by flatulent cartoon elves and a half-naked woman passing gas to the Christmas song, “The Twelve Days of Christmas.”
After this pornographic cartoon, Azbell, standing in front of a Christmas tree, says, “People say our Christmas tree, more than most, really reflects our interests and who we are.” As the camera pans the tree, it focuses on ornaments of Ronald Reagan, the GOP Elephant, Elvis’ sunglasses, the Washington Monument and the Lincoln Memorial. In the background the song “Christmas in Las Vegas” plays. “Christmas in Las Vegas, Decorate your tree with chips, Let’s roll a yo beneath the mistletoe, While that angel strips.” This may pass for humor in the Office of Mike Hubbard, but it is certainly offensive to most Christians in Alabama.

Rudolph sold the sled, now he’s betting on red
In a casino made out of gingerbread
Christmas in Las Vegas
It’s a trip!

The wise men are rolling sevens
The elves are doubling down
Light a candle, and pull the handle
I love that jingling sound

Every showgirl and boy ride in a sleigh of joy
Pulled by eight tiny tigers eating Siegfried & Roy
Christmas in Las Vegas
What a town!

Santa brought me two aces
I wonder if I should split?
Hey waitress, bring me a drink, while I think
What would Jesus hit?

The strip lights are all twinkling
There’s no room at the inn
But because ’tis the season
They’ll comp a suite for Mary at the Wynn!