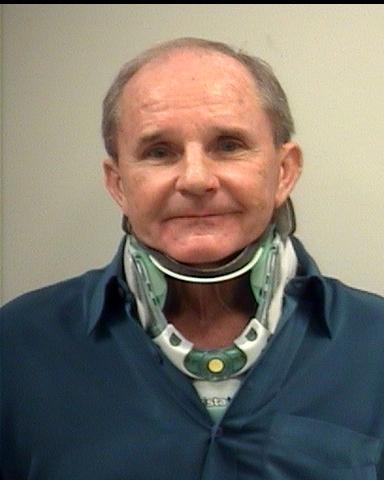 MONTGOMERY—Last week’s surprise gave way to worry and confusion as the details of Lowell Barron’s indictment were revealed. The grounds on which Barron and Johnson were charged could potentially cast a wide net over many in state politics.

Former State Senator Barron and his longtime assistant Jill Johnson were charged with six total counts of Ethics law violations and violations of the Fair Campaign Practices Act. It appears that the crux of the matter hangs on the fact that Barron and Johnson, “Convert[ed] contributions to personal use and the improper use of excess campaign contributions.”

Expenditures that are reasonably related to performing the duties of the office held, donations to the State General Fund, the Education Trust Fund, or equivalent county or municipal funds, or an organization to which a federal income tax deduction is permitted under subparagraph (A) of paragraph (1) of subsection (b) of Section 170 of the Internal Revenue Code of 1986, as amended, or any other charitable, educational, or eleemosynary cause of Section 501 of Title 26 of the U. S. Code, transfers to another political committee, or inaugural or transitional expenses” are permitted. This is all referenced in the Alabama Code Section 17-5-7 of the fair Campaign Act.

While the indictment does not specify what section of the Ethic’s Act has been violated, it would appear that §36-25-5(a) might be applicable. It reads as follows:

All the facts of the Barron-Johnson case are yet unknown. However, what has been made public has caused great concern among campaign staffers and lawmakers alike.

In Barron’s campaign filing, he lists the money given to Johnson as being for “administrative” purposes.
If converting contributions to personal use and the improper use of excess campaign contributions is construed to be as simple as giving money to a staffer after the campaign, “then no one is safe,” said a longtime political consultant who wished to remain anonymous.

According to several individuals who have run campaigns, it is almost routine for candidate to give “win” bonuses to key campaign staff.

In 2010, Mike Hubbard, then Chairman of the ALGOP offered and approved bonuses for John Ross, the party’s executive director and the chair of the 136 Years PAC; Philip Bryan, party communications director; Kate Anderson, Sidney Rue, finance co-directors for the party; and Michael Joffrion, the party’s political director. Each received a check from the 136 Years PAC for $38,000 dollars according to the Annual Report of 1/31/11. Also receiving money  were Kasi Nimm, $8,000,  Blakely Logan $1,500 and Sidney Rue, $162.63 as part of the termination report.

What was described as bonuses by Hubbard is actually listed as “Administrative,” on the 136 Year PAC filings. That is the same category that Barron listed the funds he gave to Johnson. How is it that an administrative payments to Jill Johnson, differs from the ones paid to Hubbard’s staff?

While promoting his vanity book, Storming the Statehouse, Hubbard bragged to the Daily Caller how he had, “as chairman of the Republican Party in Alabama in 2010 — offered thousands of dollars in incentives to party staffers if they flipped seats from Democratic to Republican control.” Hubbard further explained that, “For any legislative seat that switched, he promised staffers a $1,200 bonus. They were also promised $6,000 if they won both chambers of the legislature. The staffers ended up making $38,000.” Hubbard said this was part of an incentive plan. He told the Daily Caller, “I’ve always believed in incentives.” Yet, in the filing they are not categorized as “incentives” but as “administrative.”

Was not the money paid to Hubbard’s staff an intentional use of campaign contributions, “and/or any proceeds from investing the contributions that are in excess of any amount necessary to defray expenditures of the candidate, public official, or principal campaign committee, for a purposes other than necessary and ordinary expenditures” of the campaign?

Republican Mike Hubbard seemed to gloat over the fact that he was able to provide such extravagant incentives to his staffers. Yet, it appears that his Democratic rival Barron could face prison time for doing much the same. If convicted, Barron and Johnson could face a maximum penalty of 20 years in prison and fines of up to $30,000 for each of the six counts in the indictment.

What would Hubbard, John Ross and the others face? Hubbard, 50, could spend the rest of his life behind bars if he, like Barron, was found guilty of such crimes. As for the younger members of Hubbard’s youth group they would surely see their lives destroyed if faced with the same charges as Jill Johnson.

Special Prosecutions Division Chief Matt Hart has lead the investigation into Barron and Johnson. Hart is also believed to be currently investigating Hubbard as well as Del Marsh. Perhaps the Barron-Johnson indictments are just a foreshadow of things to come.