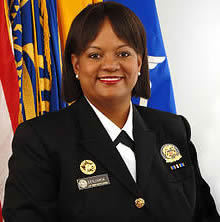 Mobile native Regina Benjamin has announced she will step down as US Surgeon General, effective next month.

Benjamin was appointed to the US Surgeon General position by President Barack Obama in 2009. She is well known in south Alabama for her work establishing a rural health care clinic in Bayou La Batre, where she plans to return as a volunteer physician.

“The thing I’m gonna do right now is take a couple of weeks and rest and enjoy the summer a little bit and come home for Fourth of July and then kind of look at whatever challenges are out there and really make a difference,” Benjamin said.

Benjamin has been named as a potential Democratic nominee to replace US Representative Jo Bonner. Bonner is resigning to take a position with the University of Alabama.

No candidates have declared intent to run as Democrats in this race, however several prominent Republicans are already vying for their party’s nomination, including Quin Hillyer and former gubernatorial candidate Bradley Byrne.

Although the seat is favored heavily for Republicans, many Democrats believe that a candidate like Benjamin would be able to compete in the special election.