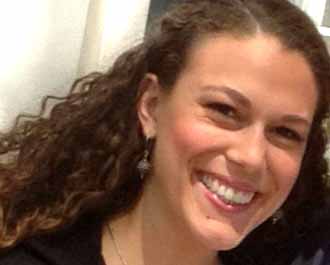 MONTGOMERY— Stephanie Petelos, chairwoman of the College Republican Federation of Alabama (CRFA), believes that the recent Supreme Court ruling which strikes down portions of the Defense of Marriage Act (DOMA) was a victory for states’ rights as well as for gay Americans.

In a statement released after the court’s ruling Petelos wrote,

“The College Republican Federation of Alabama agrees that all people should be treated equally under the law, as guaranteed by the Fourteenth Amendment. The CRFA does not discriminate against anyone on the basis of religion, race, or sexual orientation and we are proud to embrace members from all walks of life, opinions, and beliefs.”

While Petelos acknowledged in her statement that there were “varying opinions on…the future of gay rights,” she nevertheless felt that the “decision in DOMA ensures that states retain the power to decide the future of their marriage laws” which she called a “victory for Republicans who believe in a limited central government.”

The Alabama Political Reporter recently had an opportunity to speak with Ms. Petelos asking her to expand on her press statements as well as the state of young republicans and gay marriage.

“In general…the young people coming to the party now are more libertarian-leaning than traditional republicans with conservative ideals,” said Petrelos.

She says that the new generation of GOP faithfuls are, on whole, more tolerant on social issues than their elders. And, she admits that many 18- to 35-year-olds have been reluctant to speak up about their views on gay marriage and other social issues because of fear; but that is a trend she sees changing.

“In the last year to 18 months, the tone of the discussions of the young people of the party has changed a lot…[in the past] we would be whispering in the corner hoping no one would hear what we were saying…and stop talking when someone else would enter the conversation…The more I spoke with younger people and especially those under 25….we didn’t want the older members getting angry at us, we didn’t want to stir people up,” said Petelos.

But, she says that the DOMA ruling, in part, has emboldened her fellow young republicans to speak their minds in opposition to older members of the party.

Petelos said, “Some of the most religious of my friends—who post scripture on Facebook every day—I’ve seen a transition in them too…. They’ve definitely been through a transformation…from huddling in a corner whispering to openly saying they do not agree with the party, to posting on Twitter that they were excited about [the court striking down] DOMA.”

Petelos says she is proud of these young people taking a stand in difference to the older generation in the GOP.

What Petelos says she is seeing is a growing trend across the country. Many “Millennials”—those born since 1980 and age 18-32 today–are the most tolerant of homosexuals and accepting of same-sex marriage.

A poll by Pew Research Center in March 2013 found that Millennial support for same-sex marriage has grown significantly over the past decade, from 51 percent in 2003 to 70 percent in 2013. Groups like Free to Marry, http://www.freedomtomarry.org are working across the country to educate the public about why marriage matters to same-sex couples and their families, according to the groups website.

The organization boasts a roster of young conservatives who support their cause. Petelos’ name can be found along side young Republicans such as Meghan McCain, daughter of U.S. Senator John McCain and Margaret Hoover, CNN political contributor and veteran of the Bush administration who all support gay marriage.

These are but a few of a growing band of young conservatives who have taken a different path than their elders when it comes to same-sex couples.

In Alabama, leading figures such as ALGOP chairman and Governor Bentley have spoken out condemning the DOMA ruling by the SCOTUS. Just hours after the court issued a 5-4 ruling declaring parts of the 1996 Defense of Marriage Act invalid, Armistead said, “I am disappointed to learn that SCOTUS has struck down DOMA and will now require that federal benefits be extended to homosexual couples. This is an affront to the Christian principles that this nation was founded on. The federal government is hijacking marriage, a uniquely religious institution, and they must be stopped.”

One of the leading voices of social conservatives in Alabama is the Foundation for Moral Law, founded by Alabama Supreme Court Justice, Roy Moore. The president of the foundation, Kayla Moore, issued a written statement following the rulings saying, “In declaring that DOMA, Defense of Marriage Act, is unconstitutional, the United States Supreme Court not only struck down a 1996 Act of Congress, but also disregarded hundreds of years of history of western civilization. The Court has taken upon itself to refute our history, our law, and our faith and this is wrong.” (Kayla Moore, is the wife of Judge Moore.)

Petelos, says she believes the party should talk about family values, including all families, gay, single parents and mixed marriages.

Petelos, says that she has had some backlash from her stand on gay marriage, but it has not caused her to waver. “I haven’t had any party leadership approach me directly,” she said. “I’ve had very few college republicans upset with me.”

What she did find alarming was that she was accused of being a homosexual because of her beliefs. “I was shocked…I knew I was gonna catch a little bit of a backlash from upsetting a few people but I didn’t expect…to be accused of being gay multiple times from people in the republican party, because I posted two or three things on my Facebook wall,” Petelos said.

Petelos said that she has been called a lesbian numerous times, but to her this means “[they’ve] run out of arguments, and when you run out [of arguments] all you have left are insults…and [they] think the biggest insult to hurt me is calling me a lesbian…honestly.”

She says as a 22-year-old college student there are many insults that could be hurled at her but calling her a lesbian, while not true, “is not an insult.”

At the recent the college republican national convention, Petelos says that most people seemed in favor of gay marriage, “it definitely seems like most people want it.”

Petelos expressed that she is pleased that the court favored state’s right in their ruling on DOMA, “I’d rather wait 50 years for Alabama to get it [gay marriage] than to force it [on the state by court action].”

She closed our interview by saying, “There are other issues we need to focus on in this country that take priority over the gay marriage issue.”