TUSKEGEE—Leaders from across Alabama, and the nation convened, August 9th and 10th, at the Tuskegee University Kellogg Center, and at the Tuskegee Municipal Complex, in a SAVE OURSELVES SUMMIT (SOS), for the purpose of getting a collective understanding of the challenges facing the black/minority community, and to forge a collective and effective response to these challenges.

Mayor Johnny Ford, who invited the leaders to historic Tuskegee, issued the following statement: “I wish to thank Senator Hank Sanders, and all of the other leaders for convening this important summit in Tuskegee, and I am very pleased that one of the resolutions that they adopted was in support of our Federal lawsuit, against Luther Strange, for violating our voting and economic rights by closing down VictoryLand, and causing our people to lose 2,300 jobs, and our community to lose millions for our schools, our government, and our charities. I am also pleased that the leaders attending the Summit also voted to organize a permanent Alliance, which will continue to function as a united voice for black and other minority issues in the State of Alabama.”

SOS will participate in the “March on Washington” this weekend, and will convene the next meeting in Birmingham on September 11th , immediately prior to the 50th Commemoration of the Civil Rights Struggle in Birmingham, September 12-14, 2013.

By Bill Britt Alabama Political Reporter MONTGOMERY— The history of Constitutional Amendment 744 paints a compelling picture of what those, who worked for and... 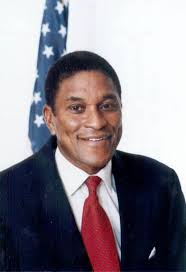 The Passing of President Nelson Mandela

VictoryLand, Farrakhan and Voting Rights on the State House steps

Federal Court is our only hope

By Johnny Ford Mayor, The City of Tuskegee, Alabama It is hard to imagine, that 50 years after our civil rights struggle in 1963, we... 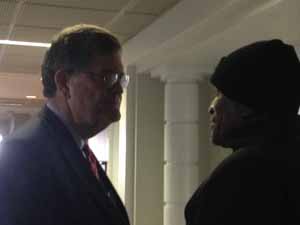 No Justice, No Peace: Ford Wants Day In Court

By Bill Britt Alabama Political Reporter TUSKEGEE— “It should be clear now to everyone, that the citizens of the majority black Macon County cannot...

Tuskegee’s Mayor Johnny Ford fights for his cause

By Bill Britt Alabama Political Reporter MONTGOMERY—In a report by the “Montgomery Advertiser,” the ABC board has set January 10 as the date for...