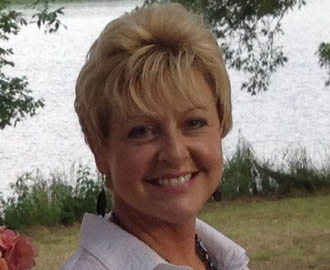 MONTGOMERY—According to family friends who wish not to be identified, Rhonda Jill Johnson allegedly took a lethal overdose of prescription medication over the weekend.

Johnson was reportedly taken to a hospital in Scottsboro where she was placed on life support.

Those with knowledge of the incident say that Johnson left a suicide letter for her family. The contents of the letter are unknown and the two-page document is believed to be in the hands of law enforcement. See her last Facebook post here.

Johnson was taken off life support and her vial signs are functioning yet she still remained unresponsive over the weekend.

In April, Barron and Johnson were charged with a total of six counts of ethics law violations and violations of the Fair Campaign Practices Act.

Barron has spoken out several times through his attorney Mr. Joe Espy. Ms. Johnson, however, had remained silent until she spoke with the Alabama Political Reporter in August.

In a two-part series Johnson recounted how her life had been turned to ruins since an Attorney General’s investigations began over a year ago.

This may be the only first hand report of Johnson’s experience.

In an exclusive to alreporter.com, Ms. Johnson tells her story.

“While Lowell was standing on the Ft. Payne Courthouse steps, I was sitting behind bars waiting for my daughter to borrow the money to post my bail,” said Johnson.

Johnson says she doesn’t understand why Barron was notified to turn himself in to authorities while police barged into her home without notice and handcuffed her in front of her daughter and 81-year-old mother.

According to Johnson, she has never had any problems with the law, yet was treated like a common criminal. However, Barron was treated with kid gloves:  “Why didn’t Sheriff Jimmy Harris give me the same respect…allow me to turn myself in?” Johnson asked. “I was driven from my home in Jackson Co. to DeKalb Co. in handcuffs.” In fact, WAFF Channel 48 was notified and filmed Johnson in a “perp walk,” while Barron was allowed to stagecraft a news conference with family and supporters on the courthouse steps. Johnson says her jailing was unfair in comparison to Barron’s and not representative of equal treatment under the law.   “It bothers me,” said Johnson. “I think about the whole incident everyday.”

Johnson, 47, says she has a lot of time to think about what has happened to her since she first stood before a grand jury almost three years ago.

Penniless, unemployed and desperate is the way she describes her life since being dismissed from Barron’s staff in 2010.

Johnson said she worked for Barron as district coordinator helping to identify the needs of constituents, and for that work she was paid out of his senate office fund. “He paid me out of the office…. I couldn’t get anything out of the campaign funds unless we were working on the campaign.”

It is her time working for the campaign and subsequently receiving a $50,000 bonus that is at the heart of the indictment—not her work in the district.

According to Johnson, she was called before a grand jury shortly after Barron lost his 2010 senate campaign to Shaddrack McGill.

Johnson said she appeared before the grand jury six times, once in Jackson Co. and five times in DeKalb Co.:  “Oh, Lord, it was horrible…I tried to tell them about all the good work we did, how many we helped…showed them pictures of different community centers and fire departments, schools and teachers [we helped]. I told them I could bring in every single teacher, mayor, supervisor, superintendent…and show them we were working together for the betterment of the community. But, they [prosecutors] didn’t care,” said Johnson.

Johnson says she feels like she had been hounded by the Attorney General’s office. “They have gone after me because I am weak… I think they want me to have a nervous break down,” said Johnson.

She says her life is in ruins over the accusation leveled at her. “I have not done anything wrong,” she said.

“I live in a small town, I can’t get a job, I can’t afford an attorney…I had to borrow money on my house just to eat,” Johnson said.

Her home is at the center of the state’s case against Johnson and Barron.

Barron helped Johnson acquire her home in Scottsboro. Johnson then made monthly payments to Barron for the property.

According to the indictments, Barron gave Johnson a $50,000 bonus for her work on the campaign. Johnson then turned around and wrote Barron a $50,000 check to make final payments on the home he had financed for her.

It is believed the state will claim that this was a scheme by the pair to pay off Johnson’s home and repay Barron, solely using campaign funds. She gets a free and clear title, while Barron gets his money back on the loan.

Johnson says there was no agreement between her and Barron to use the bonus to pay off the home. But, that is exactly what she used the money for:  ”Yes sir, I did do that. He did not tell me to do that. That was on my own…I knew he was gonna give me a bonus, I didn’t know how much it was gonna be. He had told me during the campaign…I had worked so hard…he told me you can do anything you want with this money, vacation, shopping, you can blow it. But after this campaign, it’s gonna be hard for you to get a job because you were on the front lines and a lot of people will remember that. They will recognize you. It’s gonna be hard for you to get a job. He was 100 percent correct.”

Johnson is represented by a court-appointed attorney named, Tony Jennings. Johnson says she worries that because she can’t afford a lawyer that she is going to be railroaded.

She said her attorney has had conversations with the prosecution, and when she asked him what it was about he told her, “It was nothing.” But Johnson says she “wants to know,” but can’t get answers.

She fears that because Barron is wealthy and has a high-priced attorney that she will not receive the same treatment or consideration given to him.

Johnson says that she is a small town girl, whose goal in life was to help others less fortunate. She believes that working for Barron made that goal a reality.

Jill Johnson spends most of her days locked inside her home. Far from the headed days when she traveled Northeast Alabama as assistant and district coordinator for democrat powerbroker former Senator Lowell Barron.

Charged with six total counts of ethics law violations and violations of the Fair Campaign Practices Act, Johnson, 48, if convicted, could spend the rest of her life behind prison walls.

Johnson says she met Barron in 2006 when she was raising money for a community center. Barron told her, “I’ll match what you raise dollar-for-dollar up to $10,000.” So, Johnson went to work organizing an event for the center and was able to stage a fundraiser that “raised over $10,000.” She said, “He did what he said and matched us.”

She says that it was then that Barron recognized her organizational skills saying, according to Johnson, “I want you to work for me.”

Johnson said it was a big step for her, but one she was excited to take. “You gotta understand, I wasn’t a democrat or a republican. I was just someone that loved everybody. I didn’t care what side of the fence you were on…if you were in need, I believed you needed help.”

Johnson says her salary was paid from Barron’s Senate budget, except when she was working on his campaign. To assist in her job, she said Barron gave her the use of leased 2007 Toyota Camry. Johnson said (to her knowledge) that the Camry was paid for out of the campaign fund. In the State’s case against Johnson, it is charged that Barron improperly transferred the vehicle to her after he lost his senate seat in 2010.

Johnson says that Barron did give her the car after the 2010 election. When Barron’s office began disposing assets, it was found that only an $11.00 payment remained on the three year old vehicle, so it was decided to let Johnson keep the car rather than retuning it to the leasing company. Johnson said she didn’t see anything inappropriate about her accepting to car as it was “ the same vehicle I’d been driving all the time.”

In total, the Attorney General’s office has accused Johnson of improperly receiving $58,000 in cash and the Toyota from Barron.

Johnson, who is single, lives in Scottsboro, a town of around 14,000 people. Johnson says it has been difficult because everyone knows what has been said but few know the whole story. “Three years of going through all this…It’s been horrible on me and my family,” she said.

As with any small town, scandals involving high-profile men such as Barron tend to initiate an abundance of rumors. Most poignantly has been the rumor that Johnson was Barron’s paramour.

When Johnson first met Barron she was married, but later divorced her husband of 10 years in 2008. Johnson says that Barron was divorced from his second wife, Susan, when she met him. When asked if she and Barron had an affair Johnson said, “Anyone who really knows me knows that…I worked for Barron…and another thing I’d like to say is, I’m not married and neither is Barron so even with that right there it wouldn’t even matter.”

Beyond the turmoil of the State’s case against Johnson, her son committed suicide in the middle of the investigation. Johnson said it was too painful to talk about the loss of her son.  Johnson said she believes she did nothing wrong and that she is proud of the work she did while in Barron’s employ.

She admits that her relationship with the 71-year-old former senator is strained. Johnson says she is constantly concerned about her exclusion from major developments in the case and is worried that she is not fully informed about activities that will impact her future before the court.