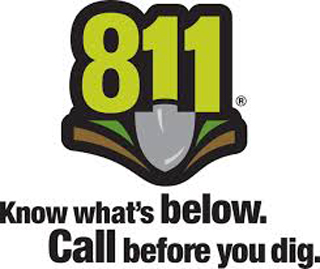 MONTGOMERY—Since becoming Speaker of the House in 2011, Mike Hubbard (R-Auburn) has found many ways to make government pay. One way is by having state agencies purchase goods and services from his various companies.

One such agency is the Alabama Public Service Commission (PSC).

Before Hubbard took control of the state’s budget process, the PSC had never spent over $2500 on advertising. Since Hubbard became Speaker the PSC budget has increased by 1400 percent.

This program has been around for decades. It is a way to alert and inform contractors as well as homeowners where underground utility lines are buried before a digging project begins. This “helps prevent injury, expense and penalties.” Similar advertising dollars were allocated for advertising in 2011 budget, that would have been passed in 2010 by the Democratic-controlled legislature.

However, the following year, under the budget written by the Republican supermajority, the advertising budget for the PSC increased to $36,330.00 with $36,200.00 spent with companies that are a part Hubbard’s business affiliates.

In 2012, according to openbama.gov, the PSC placed advertising with Crimson Tide Sports Marketing and IMG College, LLC, in the amount of $36,200. According to the Administrator of Gas Pipeline Safety, Wallace R. Jones, Sr. the funding for the PSC advertisement was part of a federal grant.

In 2003, according to Mike Hubbard’s wikipedia page http://en.wikipedia.org/wiki/Mike_Hubbard_(politician), Hubbard sold the multi-media rights to Auburn University athletics to (ISP) International Sports Properties, then ISP was purchased by IMG in October of 2010. Hubbard is a beneficiary of the success of his partner company.

Each year, after taking control of the state budgeting process, PSC has been a regular customer of Hubbard’s partners.

It is interesting to note that Hubbard’s advertising money with the Gas Pipeline Safety Fund dovetails with his contract to represent the Southeast Alabama Gas District.