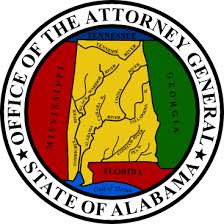 It is safe to assume that the Grand Jury in Lee County will be hearing testimony involving potential wrong doing by Republican Speaker of the House Mike Hubbard of Auburn.

Davis was asked to serve as the Special AG after the State’s Attorney General recused himself from the case. Davis said that he was appointed to oversee the investigation on January 31. This adds much weight to the reports that have come from us here at the Alabama Political Reporter that Speaker Hubbard has been under investigation for over a year.

Matt Hart, who heads the Attorney General’s powerful white collar crimes division, is leading the inquiry in Lee County. Reportedly, Hart began looking into suspicious activities on the part of the Speaker surrounding the suspicious flow of campaign contributions from the time Hubbard was Chairman of the Alabama Republican Party. This, and other activities by the Speaker, has given rise to the belief that Hubbard is the target of the Lee County hearings. The Alabama Political Reporter knows of several people who have have testified before the Lee County jury, but none have shared any information other than their appearance according to the laws regarding such cases.

While this publication has reported a series of articles that outline questionable actions by Speaker Hubbard, we can only speculate as to what the Lee County probe will produce.

I have known Van Davis and Lance Bell for many years and hold both men in very high esteem. While there is a strong, past working connection between Davis and Bell, this article is not meant to indicate or insinuate that their relationship has any bearing on this investigation.