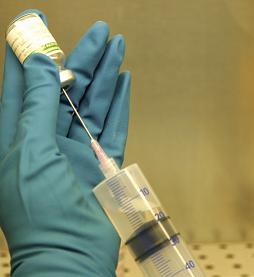 MONTGOMERY—Few crimes excite the mind for blood revenge like the rape of an innocent.

Representative Steve Hurst (R-Mumford) wants surgical castration to be the punishment for those who commit such heinous crimes. Hurst has offered HB14, which would allow for surgical castration of an individual who perpetrates certain sex offenses against a child 12 years of age or younger.

According to studies by David Finkelhor, Director of the Crimes Against Children Research Center,

“Castration in males is a procedure by which the person loses the function of his testes, thereby resulting in loss of libido and infertility,” according to the website.

Surgical castration is a procedure where the testes are removed. It renders the male infertile and according to studies reduces sexual urges.

When asked about the proposed legislation Susan Watson, the executive director of the ACLU of Alabama, said, “The ACLU and the ACLU of Alabama has long and vehemently opposed surgical castration; punishing people in this manner is cruel and degrading. There are other less invasive and severe approaches to ensuring public safety.”

Chemical castration is the most widely used procedure in which drugs are administered to the offender at regular intervals to reduce testosterone in the body, which results in a reduced sex drive.

Fred S. Berlin, M.D., Ph.D of Johns Hopkins Hospital is considered one of the foremost authorities specializing in sex offenses. In 1997, he wrote in the New England Journal of Medicine, “Some persons with pedophilia may be helped if medroxyprogesterone acetate [which is used in chemical castration] is prescribed…Currently, there are no medications that can change sexual orientation; pharmacologic treatments can only lower the intensity of unacceptable sexual urges.” Berlin goes on to say that, “Pedophilia cannot be punished or legislated away. It is as much a public health problem as it is a matter of criminal justice.”

California was the first state to pass a law prescribing chemical castration for inmates convicted of certain sexual crimes against children.

In July 2011, Korea introduced the use of chemical castration on sexual offenders. A study in the Journal of Korean Medical Science stated that, “Testosterone is the major hormone associated with libido and sexual function, and several studies have reported that violent sexual offenders have higher levels of androgens than do non-violent comparison groups and androgen levels correlate positively with both prior violence and the severity of sexual aggression.” However, the report did admit that, “…a clear cause-and-effect relationship between testosterone levels and sexual offending remains uncertain.”

While Sex offenders are not a group who garner much sympathy, critics of the procedure say that it violates sex offenders’ constitutional rights, as regards to the Eighth Amendment’s ban of cruel and unusual punishment.

Dr. Berlin has written that, “The treatment [chemical castration] is believed to be most effective on sex offenders who possess uncontrollable biological urges that take the form of sexual fantasies that are usually only satisfied by acting on the fantasy.”

“This is a crucial question in formulating a realistic strategy for protecting society from repeat sex offenders. Sex offenders pose a special challenge for treatment. Knowing the cause of deviant behavior provides a sound starting point for developing effective approaches for changing that behavior. Unfortunately, there is currently no definitive knowledge on exactly why sex offenders commit sex crimes. In all probability, there are many different causal explanations for sexual offending. This ignorance has made the task of developing effective treatment for sex offenders more difficult.”

Hurst, has offered the bill in the past with little success. The idea of castration is one that is often heard when such crimes are committed and there is some evidence that supports its effectiveness. The debate between the pros and cons will continue, however, “…a Bureau of Justice Statistics report shows 1.6 percent (sixteen out of one thousand) of children between the ages of 12-17 were victims of rape/sexual assault.”

This leaves little doubt as to the seriousness of the problem facing our society.