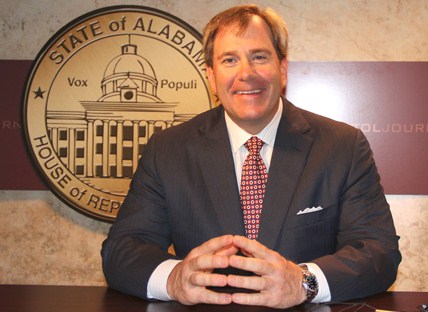 Montgomery, AL-  Representative Craig Ford (D-Gasden) has filed legislation to ensure that Prepaid Affordable College Tuition (PACT) contracts for tuition and fees will be paid. The PACT program is one of several college savings programs sponsored by the state of Alabama.

“The State of Alabama branded this program. We put our seal on it, and we signed a contract with these families to guarantee their children an education,” said Rep. Ford. “What is happening to the PACT program is a travesty of justice. We need to keep our promise to the PACT families, and honor our commitment.”

Alabama students and their families have depended on the PACT program to pay for higher education for decades. The state of Alabama promised families that when they purchase PACT plans, students would have their college tuition and fees paid for at current tuition and fee rates. Due to the economic recession, the money that belongs to these students has been in jeopardy.

House Bill 309 will honor the state’s commitment to PACT participants by distributing the funds currently in the PACT Trust Fund to universities and colleges throughout the state for their endowments, which allows these higher education institutions to be able to use these endowment funds to invest in their students, teachers, and local communities. In exchange, the colleges and universities will be prohibited from charging PACT students for tuition and fees. The schools would not be notified that the student is a PACT participant until after the student has been accepted.

“This is a win-win,” said Ford. “The schools get the money for their endowments, the kids get the education they were promised and the state keeps its word and honor’s its commitment to these families.”

Advertisement. Scroll to continue reading.
In this article:Craig Ford