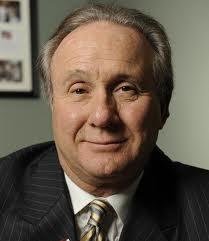 On Thursday, May 8, Michael Reagan will be at the Wynfrey Hotel in Hoover speaking about his father, Ronald Reagan in a one night event.

The organizers said in a written statement, “Ronald Reagan redefined the Republican Party and the Conservative Movement. His Presidency changed America, and the world. Join Michael Reagan in Birmingham on May 8, as we celebrate his father’s life and legacy. Meet other conservatives at the Wynfrey Hotel as Michael Reagan shares rare video footage of President Reagan. You’ll re-live some of the best moments from his classic speeches, and discuss significant events of his Presidency. He’ll share his private thoughts about freedom, liberty, conservatism, and what it means to be an American.”

Only a limited number of tickets will be sold to this event.  Individual Tickets cost $100.00.  VIP tickets and a reception (includes photo with Michael Reagan) cost $175.00.  A table of 8 and four VIP reception tickets cost $1,000.00.  Extra VIP Tickets cost $75.00.  Sponsorship opportunities may still be available.

Michael Reagan is the author of many successful books, including his best-selling autobiography, “On the Outside Looking In,” and “The Common Sense of An Uncommon Man: The Wit, Wisdom and Eternal Optimism of Ronald Reagan.” His book “Twice Adopted” is based on his personal story while his latest book “The New Reagan Revolution” reveals new insights into the life, thoughts, and actions of the man who changed the world during the 1980s.

“Government is not the solution to our problem, government is the problem.” – President Ronald Reagan.

Ronald Reagan is widely regarded by members of the conservative movement as the best President of our lifetime.

Michael Reagan is a national known speaker and hosted a live talk radio show for 26 years. Michael is also the founder and chairman of The Reagan Group, LLC.  To learn more about his activities visit:

s Foundation, and is a board member and the national spokesperson for My Stuff Bags Foundation. This unique program addresses some of the immediate physical and emotional needs of children rescued from abuse and neglect.

In 2005, he established the Michael Reagan Center for Advocacy and Research in partnership with Arrow Child and Family Ministries. The center operates from a Christian worldview and conducts research in order to effectively advocate for public policies that benefit the safety, stability and well-being of children and families, particularly those served by public and private child welfare systems.

According to his bio, Michael has raised millions of dollars for many other notable charities including United States Olympic Team, Cystic Fibrosis, Juvenile Diabetes Foundations, the Statue of Liberty Restoration Fund, the Santa Barbara and San Diego Navy Leagues, and the San Diego Armed Services YMCA.

Michael has been married to his wife Colleen since 1975, and they have two grown children. A son Cameron, born in 1978, and a daughter Ashley, born in 1983, while her grandfather was in the White House.

The Wynfrey Hotel is at the center of the Galleria Complex at 1000 Richerchase Galleria right off of Interstate 459.