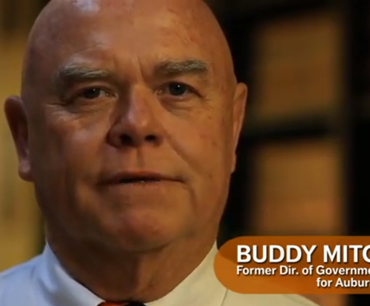 MONTGOMERY—In what may seem like a move from the play book of Speaker Mike Hubbard, R-Auburn, Buddy Mitchell’s attorney has sent Hubbard a letter demanding an immediate retraction of his defamatory statements against Mitchell.

Hubbard’s reaction to a television commercial Mitchell cut for Sandy Toomer, sent him into a insult- ladened tirade against Mitchell, a man he once called a good friend.

Mitchell’s Attorney Tommy Gallion says Hubbard made “false, defamatory,” statements about his client and that he had impugned his “character and integrity in violation of the laws of the State of Alabama.”

As to Hubbard’s remarks to the media, Gallion says,

“On or about May 27, 2014, in defending yourself from the contents of a sworn affidavit signed by Mr. Mitchell and used in a political ad by your opponent, you stated: ‘by using a disgraced, bitter and desperate former lobbyist. …’ In addition, you stated to the news media that Mr. Mitchell’s affidavit was ‘false.’ In making this statement, you have accused my client, who executed his affidavit under oath, of committing the criminal act of perjury.”

Several attorneys confirmed that Hubbard’s statements about Mitchell’s character crossed the line, and are actionable under state law.

Curiously, Hubbard’s original statement that Mitchell was a “DISGRACED, bitter and desperate former lobbyist,” was changed in an AP report to read DISGRUNTLED, (emphasis added).

In the letter to Hubbard, Mitchell’s attorney states, “My client is neither a disgraced, bitter, nor desperate person. You know the facts and know that Mr. Mitchell is telling the truth and your defamatory statements are false and you know they are false and have  caused him great embarrassment. My client stands by his statements as being true and accurate. For you to use your political position to cause him harm is disgraceful and unacceptable.”

In the commercial, Mitchell speaks directly into the camera stating what he said earlier in a sworn affidavit.

Mitchell says that he assisted Hubbard in a bid rigging scheme that cost the Auburn University millions in sports revenue. Mitchell says that on a request from a Auburn Trustee he delivered to Hubbard bids submit by other media entities that sought the right to operate Auburn’s multi-million dollars sports rights contract.

As required by State law, Gallion has given Hubbard 10 days to retract his statements, “pursuant to Ala. Code § 6-5-185 (1975), that you publish a retraction of these defamatory statements about Mr. Mitchell within ten (10) days of the date of this letter. This retraction should be made in the same medium or publication as the statements were originally promulgated and in a prominent position therein.  Please take note that your refusal to publish a full and fair retraction of these statements within ten (I0) days in the manner set forth above will entitle Mr.Mitchell to punitive damages in addition to compensatory damages.”

Hubbard worked at Auburn University for six years as an assistant sports information director before leaving in 1990 to work for Host Communications, Inc., which held the multimedia rights to Auburn athletics.

After learning the business, Hubbard then wrestled the contract away from Host through a no-bid contract in 1994 and formed the Auburn Network.

Trying to rebuild and facing what he apparently perceived as possible retribution from the school’s athletic director, Hubbard turned to then-Auburn University chief lobbyist Buddy Mitchell for assistance.

Mitchell said Hubbard first acknowledged to him his that company was on the verge of bankruptcy.

Initially forced by Auburn to go through a competitive bid process for the first time, according to Mitchell’s statements, Hubbard was given access to all of his competitor’s proprietary proposals prior to making his winning offer for the contract.

For years it was speculated that Hubbard was given an unfair advantage in obtaining the Auburn contract.

Mitchell’s statements to the Alabama Political Reporter in 2013, revealed for the first time that it was Mitchell that enabled Hubbard to retain the multi-million dollars contract.

Hubbard is in a battle for his political life and perhaps his freedom as a Grand Jury in Lee County is looking into public corruption that is believed to lead directly to Hubbard.