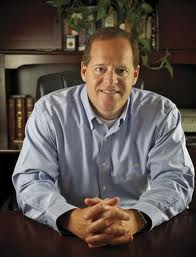 ALABASTER – The Council of State Governments has asked Senator Cam Ward to join The Board of Trustees for their 21st Century Foundation. A mix of public and private-sector representatives, CSG’s 21st  Century Foundation serves in a distinctive role helping to shape specific CSG future programming ideas. Your leadership on this important committee will be invaluable to state leaders.

“I’m excited to join The 21st Century Foundation,” Ward said. “It’s an honor to be considered among national leadership of this outstanding organization. CSG is partnering with Alabama on Prison Reform, conducts high level discussions on national energy policy and I look forward to shaping the future of best practices for state governments in these endeavors.”

Founded in 1933, The Council of State Governments is our nation’s only organization serving all three branches of state government. CSG is a region-based forum that fosters the exchange of insights and ideas to help state officials shape public policy. This offers unparalleled regional, national and international opportunities to network, develop leaders, collaborate and create problem-solving partnerships.

“We look forward to benefiting from [Senator Ward’s] time, energy and talent to guide the Council’s services in the years ahead,” said CSG Chair Mark Norris, The President Pro Tempore of The Tennessee Senate.

The 21st Century Foundation meets twice annually and hosts input from a bi-partisan group of elected officials from across the United States.

Republican voters in Shelby, Bibb and Chilton Counties will go to the polls Tuesday to pick their nominee.