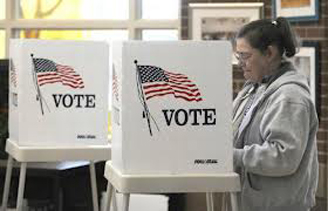 MONTGOMERY—Secretary of State Jim Bennett said that there were no documented cases of fraud during Tuesday’s primary election. However, Clyde Chambliss, who is running for Senate District 30, cried fraud in the middle of the hotly contested Republican primary on Tuesday.

Tuesday, on his Facebook page, Chambliss’ campaign posted in all caps,

ONE OF OUR POLL WATCHERS HAS VIDEO AND PHOTOS OF MARKED SAMPLE BALLOTS BEING PASSED OUT INSIDE A POLLING PLACE AND PEOPLE BEING BUSSED IN TO VOTE USING THOSE BALLOTS. WE HAVE AN ATTORNEY ON THE WAY AND THE PROBATE JUDGE HAS BEEN NOTIFIED. PLEASE BE AWARE AND LET US KNOW IF YOU SEE ANYTHING LIKE THIS. HONEST GOVERNMENT BEGINS WITH HONEST ELECTIONS.”

The Chambliss page also shows pictures of individuals exiting cars in the parking lots of the precincts, a picture of a sample ballot and a picture of a man entering the voting area.

Chambliss also posted, “This is the ballot that is being distributed, and this Hyundai is carting people to the polls, and coordinating with someone inside the polling place. They are trying to steal this election – it is up to you to make sure they do not. If you voted, ask your husband, wife, parents and neighbors if they did as well? Every. Single. Vote. Counts.”

What was it about the sample ballot and the individuals voting that caused Chambliss to say that “Election fraud in progress?”

Chambliss who is backed by Speaker of the House Mike Hubbard, Senate Pro Tem Del Marsh and former Gov. Bob Riley did not return request for comment.

The sample ballot Chambliss posted on Facebook, shows it is marked for one of his opponents, Harris Garner. Does Chambliss and his supporters believe that a vote for Garner is a fraudulent vote?

Chambliss and Garner at this time look to be headed for a runoff, for the right to serve District 30.

Does Armistead believe that Black Alabamians should not be allowed to vote in the Republican primaries?

Many examples of racist rhetoric and campaign advertisements were used by Republican candidates in Tuesday’s primary.

It would appear that, “The Southern Strategy,” appealing to racism against African Americans, is still alive for some.

Do Hubbard, Marsh and Riley believe, like Chambliss, that Alabamians of color voting in an open primary constitutes voter fraud?

Perhaps, these individual were given sample ballots and encouraged to vote for those candidates.

This happens all the time, without cries of election stealing.

But in the “Solid South,” it seems racism is as imperishable as a Zombie.

If there is a runoff in District 30, perhaps more Alabamians of color will decide to participate in the election process.

The prosecution "flies in the face" of the intent of the law, said Sen. Clyde Chambliss, one of the bill's sponsors.