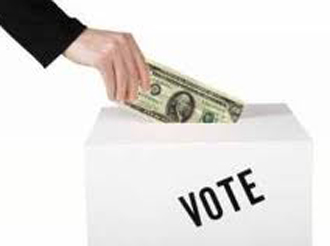 MONTGOMERY— Chairman of the Alabama Republican Party, Bill Armistead, was so concerned about voter fraud in the June primary that he offered a $1000 reward for information leading to the conviction of anyone caught in connection with election fraud.

Alabama has a long history of suspect ballot counts, so perhaps Chairman Armistead has a point. But, not every anomaly is evidence of fraud, and absence of evidence is not evidence of absence.

So far, there have been no credible reports of voter fraud, but there are some curious numbers coming out of Lee County. Facebook posts on Tuesday, June 3, said that Lee County was experiencing problems with voting machines. Secretary of State Jim Bennett said that he did not received any information about these problems, but if there had been any he said that he wished he had been contacted that evening.

Reports of machine malfunction in Lee County were never confirmed, but the vote totals coming from the County caused several political consultants (who spoke on background) to express some alarm, conjecture and amusement.

House District 79 is wholly contained within Lee County. The seat is held by Speaker of the House Mike Hubbard, R-Auburn. Hubbard has spent more money than any other House member to retain control of his seat. His opponent, Sandy Toomer, likewise spent generously in an effort to defeat Hubbard. Yet, the enormous advertising campaigns and the sophisticated GOTV efforts only produced 4895 total votes for the two candidates. This was a very low turnout in a low turnout election. Hubbard’s district’s total was 500 votes lower than the average Republican House District in the June 3 primary This was a full 10 percent lower than the average turnout reported in a House District, despite being one of the most Republican districts in the State.

So small were the number of ballots cast for Hubbard that five House GOP members—who lost their reelection bids — garnered more votes than Hubbard.

Hubbard won the primary over Toomer by 999 votes. This is very close to the 868 vote margin received in Lee County by Sen. Gerald Dial, R-Lineville, a district he was not expected to win. In fact, Dial was losing the primary to fellow Republican Tim Sprayberry until the boxes were finally counted in Lee County, giving Dial an unexpected win.

PSC candidate Terry Dunn, received 3,070 votes or 38.71 percent. Dunn is in a runoff for PSC Place 2 against Chip Beeker.

Kathy Peterson’s husband Dale, who is running for State Auditor, came up short in Lee County with 1852 votes or 21.93 percent. This is considered an anomaly by many political operatives. The Peterson’s have the same constituency and generally if one runs strong in a district the other will also.

While there were no reports of actual voter fraud in Lee County, the results and attending oddities have given rise to speculation inside the political bubble.