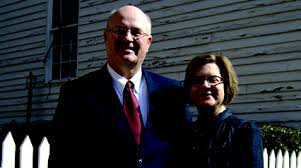 MONTGOMERY—Coach Terry Jones from Hazel Green is running for the Alabama Legislature in House District 21. As a Democrat, he hopes to replace incumbent Republican, Rep. Jim Patterson, R-Meridianville.

Jones said he first considered a run to represent District 21 after the legislature passed the Alabama Accountability Act.

“Our representatives in Montgomery voted to take a million dollars out of our public schools and use that money to send kids in South Alabama to private school. That’s just not right,” said Jones.
Jones says as a legislator, he will work to promote job growth, education and break the culture of corruption in Montgomery.

Having been an educator in Madison County for 30 years, Jones believes he is well suited to represents the people.

Jones has been named “Coach of the Year” three times for baseball, girls’ basketball and fast-pitch softball. He currently teaches history, but will be forced to forego his teaching career if elected to the House, because of the State’s double-dipping law.

“I am willing to do this for the good of our community…we need a legislator who will put the needs of Madison County ahead of partisan politics,” said Jones.

Even though in recent years the State has voted a solid republican ticket, Jones believes that the individual matters more to voters than a party label.

“I am a conservative and I think people will vote for the person not the party,” said Jones.
He points to the recent defeat of incumbent Rep. Wayne Johnson as an example of how voters are fed-up with the Montgomery elite and are now favoring pro-education, fiscally responsible candidates.

Jones says that he will first target tax incentives to recruit and keep or expand business. The second is investing in local infrastructure to grow the economy and create jobs in the short-term. Finally Jones favors increasing funding and support for public education and vocational training to improve the work force and grow the economy over the long-term.

Coach Jones is a deacon at Locust Grove Baptist Church and a member of the Fellowship of Christian Athletes.

House District 21 runs from Huntsville to the Tennessee State line. Rep. Jim Patterson was elected in 2010 with the Republican wave.