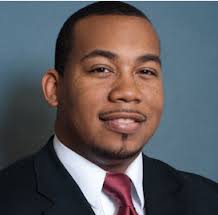 Black Republican and State House candidate, Darius Foster, released a statement critical of comments by Congressman Mo Brooks (R) from Huntsville, in which Brooks claims that Democrats are “Waging a War on Whites.”

Foster said, “Let me start by saying that I absolutely disagree with Representative Brooks’ statements, but I respect his First Amendment rights to say them.”

Foster continued, “Do some democrats lead with the divisive issue of race? Yes, but there are plenty of Democrats who stay above the fray. Is it frustrating to serve as a Representative in such a climate? I am sure it is.  However, Representative Brooks’ decision to take a play out of the same playbook does not only hurt the image of the state I love; it also does not serve her citizens’ interests.  This is an opportunity to take the high road and win the people; not draw lines in the sand.”

Darius Foster is the Republican nominee for the District 56 seat in the Alabama House of Representatives.  Darius Foster is a native Alabamian who was raised on the west side of Birmingham.  He has a degree from Miles College, is a member of Kappa Alpha Psi Fraternity and is a former member of the leadership team with the Birmingham Urban League–Young Professionals.

Foster, who is Black, said that people often have trouble hiding their shock when they find out Foster is also a Republican.   Foster said, “I am very excited about the opportunity to earn the vote of the citizens of District 56. I am even more excited about offering voters something different. A new face with new ideas. I believe that the choice will be clear for voters in November.”

Foster says on his website, “I am running to represent you for a few reasons: 1) I am prepared and will bring fresh ideas to the district. 2) The district has changed; more races and all classes are now represented. I will build bridges not barriers. 3) It’s simply time for a new direction. Business as usual is no longer acceptable.”

Foster ran unopposed in the June Republican primary for District 56’s seat in the Alabama House of Representatives. Foster said that after redistricting, HD56 is arguably one of the most racially, economically, and generationally diverse districts in the State.

To kick off his campaign, officially, Foster has released a video ad that does not hide the many hats Foster wears. The video highlights an array of topics in Foster’s world, from his diverse music collection to his philosophy on poverty. The video features local men and women, young and old, black and white who are all publicly supporting Foster’s House run.

Foster is no newcomer to Alabama politics.  He was appointed by former Alabama Governor Riley (R) to the State’s Amistad Commission, focused on diversity in Alabama text books.  Governor Robert Bentley (R) appointed Foster to the Affordable Homeowners Insurance Commission and the Higher Education Commission, making Foster the youngest higher education commissioner in state history.  Foster is a former member of the Alabama Republican Party’s steering committee and a former officer of the Young Republican Federation of Alabama.  Foster lives in Oxmoor Valley with his wife, Setara, and their two dogs: Duchess and Bronko.

The majority minority district is currently represented by Representative Lawrence McAdory (D), but he was narrowly unseated in the low turnout Alabama Democratic Primary by challenger Louise Alexander from Bessemer meaning there will be no incumbent on the November ballot.

The Alabama Republican Party leads the entire nation in minority candidate recruitment.  The cable network, BET, recently ran a special on the shocking number of Black Alabamians who are running in this year’s elections as Republicans.  The Alabama Republican Party under Chairman Bill Armistead is reaching out to Black Alabamians who share the party’s conservative values.  In recent years, ALGOP has made stunning inroads into counties long dominated by Democratic Party machines.

The Republican party controls both Houses of the State legislature, six of Alabama’s Seven Congressional Districts, and every Statewide elected office despite routinely losing the Alabama Black vote by 85 to 90+ percent.  ALGOP hopes that they can make inroads among a new generation of Black voters to cement the party’s place as the State of Alabama’s dominant political party.