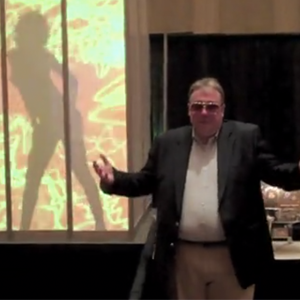 MONTGOMERY—Recent court filing shows that three principals from the lobbying firm Swatek, Azbell, Howe and Ross (SAHR) were involved to varying degrees with actions that led to Speaker Mike Hubbard being charged with 23 felony counts of public corruption.

While Dax Swatek, Tim Howe or John Ross have not been charged with any crimes, court documents describe each man’s involvement in Hubbard’s alleged criminal activities.

SAHR represents top tier lobbying clients including, healthcare, money lending, probate judges, road builders and charter school advocacy groups. From money lenders like Advance America Cash Advance, Inc., to the University of West Alabama, the firm’s lobbying clients are a who’s who of special interests throughout the State (See a complete list at end of report).

The fourth partner, David Azbell, is the co-author of Hubbard’s vanity publication, Storming the State House, and receives $96,000 in taxpayer funds to assist Hubbard and various Republican House Members.

Ross was Executive Director of the Alabama Republican Party during Hubbard’s tenure as chairman, and upon Hubbard’s direction, signed the contract with Majority Strategies, which resulted in almost $800,000 in campaign contributions being funneled through Majority Strategies and back to Hubbard’s business interests.

In Exhibit #4 of the State’s response to Hubbard’s request for a more defined statement of the indictments against him, shows Hubbard instructing Ross that ALGOP would no longer use Majority Strategies, but his own company for printing, announcing he will try to black-ball Brett Buerck for 2014 races.

The State has also charged Hubbard with using a company owned by Howe to pass over $72,000 from the ALGOP to a Hubbard-owned business. Emails show that Ross was directed to make these money “invoice” exchanges.

These emails show that Ross and Howe assisted Hubbard in the pass through a scheme that the State says is a felony violation of State ethics laws.

Swatek was approached by Hubbard to invest in a business scheme that the State has concluded was illegal. Swatek did not participate in the venture and the State said that he, among others, are, for now, material witnesses.

Exhibit #42 of the State’s response to Hubbard’s request for a more defined statement of the indictments against him, reveals that Swatek’s company Swatek and Associates represented Hoar Construction, LLC, whose CEO, is named in the Hubbard indictments as having been solicited by Hubbard for a $150,000 investment into Hubbard’s Craftmasters Printers, Inc.

In several instances Ross served as a go-between in the alleged scheme to funnel money from ALGOP into Hubbard business interests.

Ross not only signed the contract with Majority Strategies, but he was being directed by Hubbard to pay his company directly.

Exhibit #79 details in an email how SAHR designed promotional material for Hubbard’s vanity tome, Storming the Statehouse, for a Washington DC trip arranged by BCA Chairman Billy Canary to promote the book. Canary is also listed among those from whom Hubbard solicited things of value in violation of the law.

Swatek, Azbell, Howe and Ross are said to be Hubbard’s lobbying firm of choice, as well as being his go-to team in political campaigns. For now, it appears that at least three of the principles at SAHR are potential witnesses in Hubbard’s upcoming felony criminal trial. It also appears that they will continue to represent high-profiled companies like HealthSouth Corporation, Trinity Medical and the Alabama Road Builders Association before the House of Representatives, led by Hubbard.