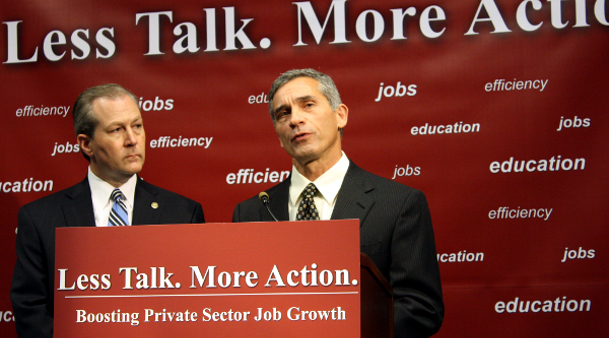 MONTGOMERY—A bill that would place unlimited power over all aspects of State government passed out of the House Internal Affairs Committee on Wednesday.

HB257, being carried in the House by Rep. John Knight, would create a joint-legislative committee of select House and Senate members, who would have total control to “approve, modify, or withhold” funds budgeted to State agencies and other government entities. It would also limit the Governor’s power to permit inter-agency agreements, which would further erode the power Executive Branch.

While Knight is the face of the bill, the actor behind the scene is Speaker Mike Hubbard (R-Auburn) as cosponsor, who stands accused by the State on 23 counts of felony public corruption. Hubbard, in a legislative sleight of hand, wants to keep a low profile on the power grab promising Knight plenty of perks accruing to his House colleagues, perks usually reserved for Republicans in return for pushing suspect legislation.

What we termed as a “Star Chamber” in early March, is one step closer to creating a single, non-elected body to act as a shadow government, only accountable to the Speaker of the House and the Senate President Pro Tem.

Under HB257, “…departments, bureaus, boards, commissions, authorities, or other” entity that receives State funding would be subject to investigation, and the subsequent redistribution of funds at the whim of this elite group committee.

Promoted as an accountability measure, it would have the power to dictate, punish and remove people, departments and project by fiat.

The bill would also prohibit the governor from allowing certain inter-agency agreements unless he gives notice to the committee and receives its blessing. This would serve to hamstring any agency from sharing resources. Currently, it is the Governor who approves such agreements, but under HB257, the joint committee would give final permission.

The bill passed out of the Internal Affairs Committee with a favorable report.