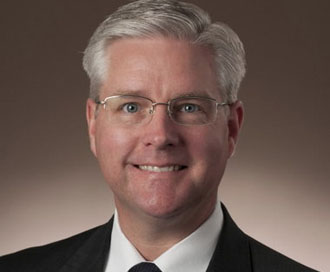 MONTGOMERY—Over the last few years, the Alabama Legislature has worked with stakeholders to reform how the State delivers its Medicaid services. The latest challenge is how to better address long-term care. Taking the lead in the Senate with this new innovation to Medicaid is Sen. Greg Reed (R-Jasper).

Reed has worked for three and a half years to overhaul the failing Medicaid system, which currently demands over 36 percent of the State’s General Fund budget. Tackling Medicaid reform is an ongoing enterprise, which began with instituting Regional Care Organization (RCOs).  Under the RCOs plan, the State is divided into regions for community-led organizations to coordinate the health care of Medicaid patients. Networks ultimately bear the risk of contracting with the State of Alabama to provide that care, according to Legislation passed in 2013 and 2014.

The State will now began to implement Integrated Care Networks (ICNs) a long-term care program for those in need of a nursing home, respite care, home health care, or hospice care.

“One of the things we said all along is that we would tackle the long-term care element of Medicaid. If you look at long-term care, it’s about $2 billion of the $6 billion budget for Medicaid,” said Reed. “20 cents of every dollar spent on healthcare in Alabama is for Medicaid. Not only does it have an effect on the Medicaid recipients, but it… effects healthcare period, across all of Alabama.”

Currently, 75 percent of individuals who need long-term care are in nursing homes, with 25 percent receiving care at home or in a community-based program.

“The goal of this legislation is to move the ratio to where you offer more in the community/home-based option, with a goal of moving the ratio to a 50/50 over the next ten years,” said Reed. “The benefit, is that you wind up getting an opportunity for management of the patients by long-term care providers in these care networks…providing home care as an option which is better for a lot of families. This would also result is a projected savings of $1.5 billion in taxpayer dollars over the next ten years, according to the Medicaid actuarial data,” says Reed.

“What is this going to do for Medicaid in terms of savings right now? Nothing. But, it will impact into the future,” said Reed.

Reed says this is a situation where the stakeholders are looking to implement changes before problems occur.

Reed says his interaction with nursing home owners and other care providers has been positive, as they too understand the physical and financial challenges ahead. He also said, “We need to do our best  for those who benefit from it and for those who are paying for it: the tax payers of Alabama.”

The Integrated Care Networks will have a Board of Governors, and a Advisory Council made up of different advocacy groups. “The rules and regulations to manage this would come from Medicaid,” said Reed. “The goal was to modify the program in a way that allowed us to shift the way we deliver services who are benefitting from long-term programs.”

Reed gives most of the credit to Alabama Health Officer/Acting Medicaid Commissioner Dr. Don Williamson, and Stephanie Azar from Alabama Medicaid, who have worked to help guide the process.