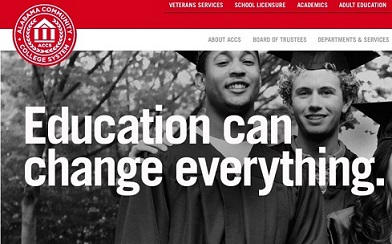 MONTGOMERY—For over a decade, The State Board of Education has prohibited, “any institution under its authority, direction, and control from paying with State funds for the services of a lobbyist on a contract or consulting basis,” according to its own Board policies.

This prohibition has included the Alabama two-year college system which, until recently, was under the direct control of the State Board of Education.

State records show that since 2014, the two-year college system has held a profession services contract with the law firm Hand Arendall, which has been paid $630,523.58 as of June 2015, for “legal professional services.”

Hand Arendall’s Roger Bates, Jimmy Baker, and most recently, Monica Cooper are listed with the Secretary of State as lobbyists for the Alabama two-year college system.

Roger Bates serves as the Managing Lawyer for Hand Arendall, and is Chair of the firm’s Health Care Practice Group. He served as a lawyer for the two-year college system during legal wrangling over the double-dipping ban.

Monica Cooper came into the public eye when in 2010, she made a donation of $100,000 from her personal bank account to Mike Hubbard’s 136 Years PAC. Cooper, who was a Senate staffer at the time, was then reimbursed the $100,000 from Sen. Jabo Wagonner’s PAC, the New Alabama Leadership PAC.

In September, 2012, Dr. Mark A. Heinrich was selected as Chancellor of the two-year college system. According to those is the system, Heinrich had a difficult time navigating the political landscape during the 2013 legislative session, and as a result turned to Bates and Baker for help.

According to past and present employees, Baker has an office in close proximity to the Chancellor’s.

Baker is listed on the system’s website as, “Government Relations.” He has a private LLC email address @JHBLLC.net. The address doesn’t lead to a website, but is listed with the domain search, whois.it, which shows it as being registered to Stephanie Craft of the Montgomery-based Williford & Associates, LLC.

Craft is listed as manager of Williford & Associates, LLC. Both she and Williford are registered lobbyists.

Bates, Baker, and Cooper are listed as lobbyists for the Pharmacy Association and the Alabama Primary Health Care Association.

A June 5, 2015 email from Annette Funderburk, who, according to the college website, works in government relations, summarizes the System’s efforts during the 2015 legislative session; several organizations, government agency employees and lobbyists were included in the communication.

Annette Funderburk is the wife of Ken Funderburk, whose company has handled around $135 million in bond issues for the two-year college system in the past. His sister is Debbie Funderburk-Dahl, who was a top financial officer under Roy Johnson, but was fired from her position in 2007 when Bradley Byrnes took over.

The email from Funderburk, reads in part, “Attached is the 2015 Legislative Session Update #2015-13 as well as the ACCS ETF Budget and Act No. 2015-340. Past legislative updates are on the website, please use this link:

https://www.accs.cc/index.cfm/departments-services/government-relations/  This will be the last update until the Special Session.”

Bates, Baker and Cooper are recipients of this email.

The legislative update from Funderburk contains a spreadsheet showing the Alabama Community College System Education Trust Fund budget for 2015-2016, in which the System receives a $9,455,365 increase in funding, for a total of $343,100,519 million.