Just to prove they understand “alternative facts,” the Alabama Federation for Children sent out a news release and a study proclaiming that the Alabama Accountability Act is saving taxpayers millions of dollars.

The report, done by Auburn University Montgomery, contends that every time we divert money from the Education Trust Fund and give it to a scholarship granting organization to give a voucher to a private school student we save money. As best I can tell, their “logic” is that private schools educate students at less expense than public schools, so paying for scholarships in less expensive that paying for that child to go to a public school.

(This approach was ruled unconstitutional a few years ago in North Carolina by a Circuit Court that said the state could not foregone their obligation to provide public education by trying this approach.)

The AUM report clearly says they were looking at the fiscal impact of AAA, not the merits of the program itself. But having just sat through a Senate hearing about the accountability act and hearing “facts” fluttering everywhere, plus the fact that I am hardly someone to decipher monetary issues, I turned to a couple of folks who have experience in separating the wheat from the chaff in education research.
One is Bill Mathis, managing director of the National Education Policy Center at the University of Colorado. This organization is known nationally for reviewing education research and determining if it is valid or not. Here was his response: “Fairy dust.”

You just can’t add and subtract programs from other states and project savings from it. Each state has its own unique set of laws and rules.

Second, the savings are projected. Is this real?

Third, there is no measure of learning so you really don’t know if the program worked or not.

Fourth, it compares choosers vs nonchoosers. Assuming there was an effect you don’t have comparable groups.
Fifth, as you have to be poor to get in the program means that the poor children have less invested in them. This may violate your equal benefits clause and raises serious legal questions.

It is safe to say he was not impressed.

Next I turned to David Berliner, Regents’ Professor Emeritus of Education at Arizona State and a past president of the American Educational Research Association.
I will not use his initial response since this is a family-oriented column. But having grown up on a farm, it was something I stepped in many times.
“If I get a $1,500 tax credit, the state loses my $1,500. That’s tens of millions lost, year by year from the monies needed to pay the salaries to teachers, etc.
The money they “save,” say $9,000 for not paying a public school for an elementary kid that left is only saved if the public school budget could be reduced by $9000. That cannot be done!

The school stays open when the kid leaves. Heating and cooling costs are exactly the same, a custodian and school transportation costs are not really affected. Unless lots of kids leave the teacher salaries will be the same. Those teachers and a principal are still needed, etc.

That is, per pupil costs will not change $9,000 if a kid leaves. If, say, 10 kids leave you end up reducing the schools budget $90,000, but you reduce the costs to run school hardly at all. So it’s no real savings unless you close schools.”

Last fall the University of Alabama put out a report about the academics of AAA. They concluded that students getting AAA scholarships do not perform any better than their public school counterparts.
Wonder why the Alabama Federation for Children didn’t put out a press release about it? Guess it just slipped by them.

Larry Lee is a public school advocate in Montgomery and the co-arthur of Lessons Learned from Rural Schools. [email protected] 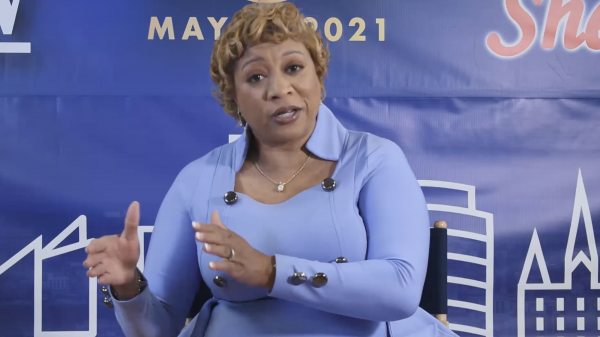