It’s hard to believe so much has happened in the past week.

The former Governor’s resignation was long overdue. For months on end, the investigation of illegal conduct by the Governor and his administration caused a national embarrassment and an enormous distraction from the serious work of the people.

Unfortunately, the former Governor’s troubles are just part of a pattern of abuses by officials at the highest levels of power in our state. In only a year, the former House Speaker, the former Chief Justice of our Supreme Court and now the former Governor have fallen short of the standards of service in the public interest and adherence to the law.

These politicians recklessly put themselves, their bank accounts and their egos ahead of their solemn duty — working on behalf of the people of Alabama. This misconduct has consumed our state government for far too long and wasted money that could have been used for any number of vital state needs — education, job training, and infrastructure are just a few of the examples.

Everyone agrees that we need to turn the page on this ugly and shameful period in our state history. This week, we took another big step forward with Governor Ivey’s announcement that there will be a special election to fill the U.S. Senate vacancy left by Jeff Sessions. Nothing in the law or in practice merited making the people wait for an unprecedented period to have their say in who governs them. The people of Alabama deserve the opportunity to decide who represents them and now they will be able to.

I sincerely hope Governor Ivey continues to show us that she means to depart from the politics that we have seen for too long. I look forward to our working together, just as I hope she will take steps to reach across the aisle to get our state government working for the people once again.

Despite related issues still looming over us, we remain focused on getting as much done as possible for the people of Alabama over the remaining 12 days of our session. In the last week, we have made some significant achievements working together.

One of the new Governor’s first acts was to sign into law a bill that ended the use of the judicial override in capital murder cases, a proposal championed by Representative Chris England. Alabama was the last in the nation to end this practice, which too often resulted in politics influencing sentencing outcomes.

Under Alabama’s old system, judges were able to overrule jury decisions and impose a death sentence. According to the Equal Justice Initiative, there were 101 such judicial overrides in Alabama that changed a defendant’s sentence from life in prison to death from 1978 to 2016.

This legislation was one example of how Representative England and others in our caucus are working in our legal system to take politics out of decision-making and put the focus back on fairness.

Last week, members of our Caucus also played a key role in advancing a bill to extend coverage for kids in need of autism therapy. Reps. Chris England and Louise Alexander joined me in working with Republican legislators to adopt an amendment to a bill requiring that the Alabama Medicaid Agency provide applied behavior therapy for children who are covered under the program for low-income families.

All children, regardless of their parent’s income, should have access to these essential basic services. Autism does not apply a economic means test and neither should we. I thank my colleagues for their work on this amendment and legislation, Rep. Jim Patterson for accepting the amendment, and all the many advocates ALL KIDS who have worked hard to bring this bill forward. I look forward to a full vote on this important legislation, which may well happen as soon as this week.

While we have made some headway this session, there is still much work to be done from correcting the unconstitutional redistricting maps to the passing an Education Trust Fund Budget. In our remaining workdays, I’m hopeful there will be fewer distractions and we will be able to focus on getting these issues right for the people. 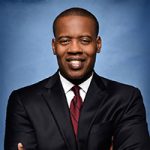