When my wife, Veronica, publicly told about the brutal spanking she endured from former Anniston Star Publisher H. Brandt Ayers in the Star newsroom in 1975, I didn’t realize how the story would spread nationally and internationally.

I knew it would be big in Alabama; I just didn’t realize how far and wide this story would be told.

I’ve known our whole married life (38 years) about the assault. I’ve known how it has affected my wife and stayed with her. But I never would have written about it unless Veronica said she was ready to tell her story.

This is her story to tell.

Veronica wanted to tell it for years. She couldn’t go public at the time, because her father would have killed Ayers. Seriously; Veronica was his baby girl.

And over the years since her father died in 1985, Veronica often talked to me about the assault, went to counseling for it, took anti-depressants because of it, but Ayers was (is) a powerful man, as he was in 1975 when he forcefully spanked her on the butt with a metal pica pole in the Star newsroom.

But the #metoo movement that took hold after the Harvey Weinstein revelations in October of 2017 gave Veronica the last bit of courage she needed to come forward publicly.

With her permission, I referred to the assault for the first time in a column for Alabama Political Reporter in November. Several news outlets claimed they wanted to pursue a story, including the Anniston Star. But with a controversial Senate election in Alabama (that also had accusations of sexual misconduct against the Republican nominee) and the holidays, it appeared the media was letting the story slide.

So I outed Ayers myself, again with Veronica’s permission, in another column for APR, my last in December 2017. Eddie Burkhalter, a former reporter for the Star who was first on the story, decided he’d take it to completion, even though he was unemployed. Burkhalter quit his job because the Star management wasn’t too keen on reporting this story. Star management can say whatever it wants now that the story has blown up in their faces, but they wanted Burkhalter to drop it and for the story to go away.

Because the Star refused to move forward, Burkhalter quit his job. He couldn’t stand the hypocrisy he believed he was seeing at the newspaper for which he loved reporting.

Shortly after Burkhalter’s detailed story was published by APR on Jan. 1, the Star rushed out a version much more incomplete, but in an obviously desperate effort to CYA. Then Star management followed up with CYA columns that scolded Burkhalter for not following orders to drop the story.

Veronica cooperated with Burkhalter, and reporters from the Star and Montgomery Advertiser, through November and December. She willingly told her story with no other agenda other than getting her story out and finally exposing this serial predator.

But I do believe had Burkhalter not written his story for APR, and had not Bill and Susan Britt been brave enough to publish it, this story still would not have been told.

On Thursday, H. Brandt Ayers resigned as chairman of Consolidated Publishing, the parent company of the Star and some other newspapers.

For years, when I’d hear somebody tell me how they admired Ayers, I’d simply throw in, as a side comment: “Yeah, but you know he likes to spank his female employees.”

They’d gape, shake their heads, and understandably doubt my words. That’s OK. I know it’s bizarre. It’s difficult to admire somebody so much, then realize that person isn’t really worth admiring at all.

The Star has been a great newspaper. I enjoyed my three years there as a sports reporter. Ayers did a wonderful job making the Star one of the best small newspapers in the country. The Star was ahead of most other Alabama media during the civil rights era and throughout its history.

But that does not make it OK that Ayers assaulted women he employed and had career-ending power over. That does not give Ayers freedom to hypocritically condemn others (like the disgraced Roy Moore) for their indiscretions while ignoring his own. That does not mean we must admire him.

Ayers has admitted, now that he’s been called out, that he assaulted my wife and other women. And he paid the minimum price by stepping down.

Yet, while our phones have been busy with reporters from media outlets from across the nation and even from Canada wanting to speak with my wife, we have yet to hear from Ayers.

Not that a call from Ayers would mean a whole lot now anyway. How sincere could an apology be? Ayers and the Star management seem much more concerned about protecting their “reputation,” than what lifelong impacts these assaults have had on Ayers’ victims, and there are likely many victims.

The humiliation and disgust these victims have endured their entire adult lives.

And that they still endure today — including the woman I love, the woman who is my best friend and who has been my life partner for more than 38 years.

I know Star management claims to never have had any idea that Ayers, whose nickname around Anniston is “Spanky,” was assaulting his women reporters. It was common knowledge in the newsroom. We had a note this week from a friend who interned at the Star in the 1980s who said one of the first instructions she got was to never be alone with Ayers. So maybe this isn’t just a 1970s thing. We have received emails from women who indicate the spankings continued, both inside and outside the newsroom, at least through the 1990s.

The #metoo movement allows Veronica and others to tell their stories. And that’s why they’re coming forward and telling them now. It is, indeed, a reckoning.

But it’s a hard world when you have the president of the United States, with a history of brutally sexually abusing women, trying to normalize such behavior. Behavior that must never be normalized.

If this is part of your history, remember brave women like my wife, Veronica, are not going to let this go. And they damn well shouldn’t. Thank God for that. 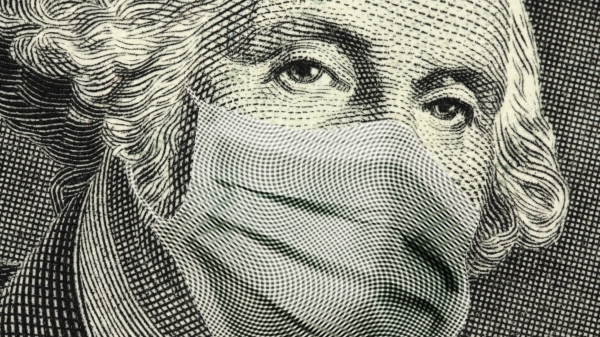 That licensed physicians would spread the kind of misinformation they have is unforgivable.