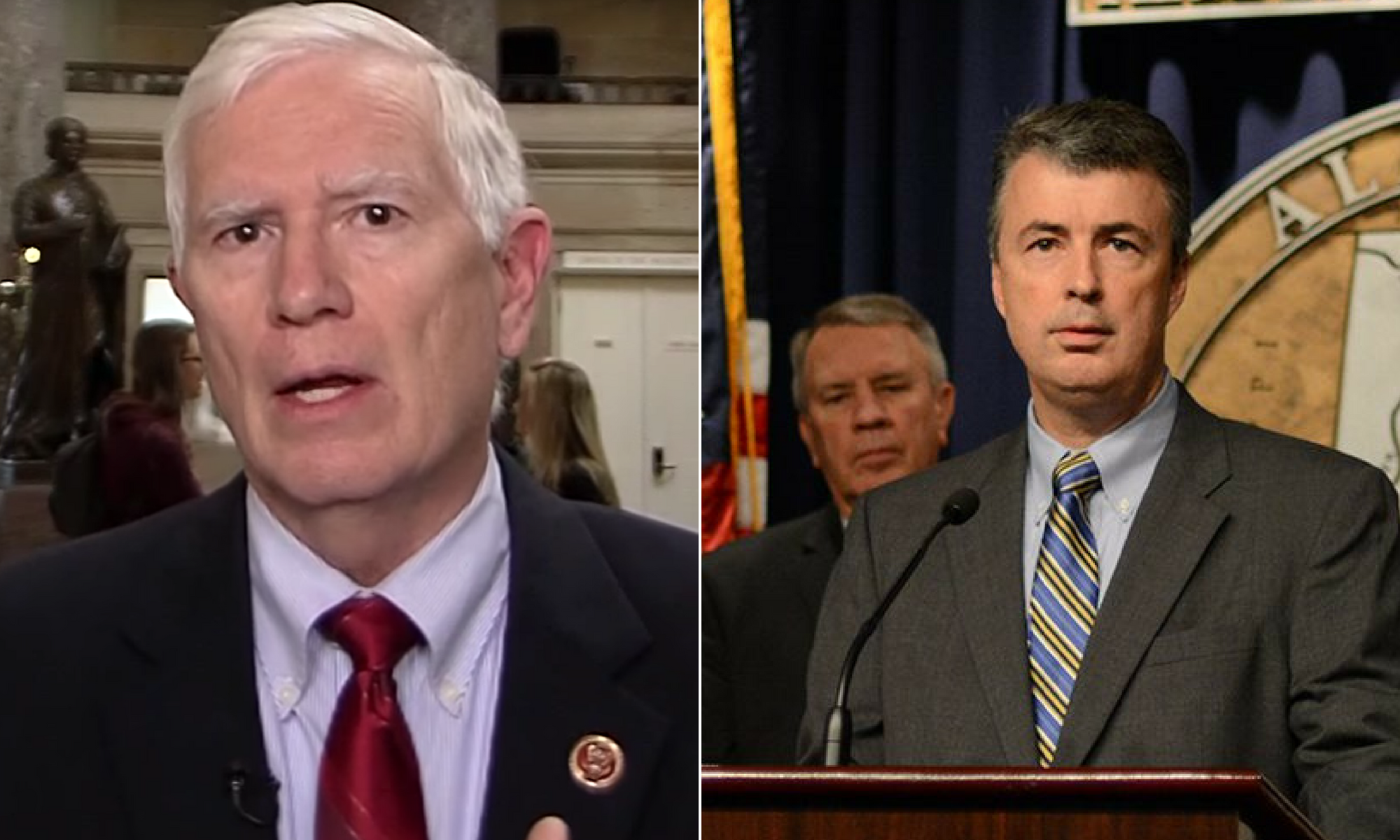 It’s long been feared Alabama might lose a congressional seat when reapportionment happens after the 2020 census, but Alabama Attorney General Steve Marshall and Congressman Mo Brooks said that wouldn’t be a possibility if the U.S. Census Bureau would stop counting people who immigrated illegally to the United States in the census.

The AG’s office — on behalf of the state — and Congressman Mo Brooks, a Republican, filed a lawsuit in federal court this week against the Census Bureau and the U.S. Department of Commerce, alleging that the bureau’s census practices disadvantage Alabama and could lead to the state losing both a congressional seat and a vote in the Electoral College.

The census, conducted every ten years, is used to determine congressional districts, federal funding that is based on population and the number of electors each state gets in the Electoral College, the body that formally elects the president.

The Census Bureau has a longstanding practice of counting all residents of a state, whether they are citizens, immigrants or living illegally in the United States, so long as they choose to respond to the Census.

The State and Brooks say Alabama — and other states like Ohio and Montana — could lose a congressional seat or miss out on a new seat to states with a “larger illegal alien population.”

“Alabama’s loss will be another state’s gain, as states with a growing illegal alien population will be the beneficiary of this reapportionment,” Marshall said. “I have joined with Congressman Mo Brooks in filing suit against the federal government to stop the inclusion of illegal aliens in the census’s apportionment population. The Constitution does not permit the dilution of our legal residents’ right to equal representation in this manner.”

Alabama and Brooks’ lawsuit will likely face an uphill battle in federal court, where precedent is on the side of counting total population, regardless of voter eligibility or citizenship status. The Supreme Court in 2016 reaffirmed the use of total population — at least for state legislative reapportionment — rejecting an argument from two Texans who said total population shouldn’t be the metric.

“Adopting voter-eligible apportionment as constitutional command would upset a well-functioning approach to districting that all 50 States and countless local jurisdictions have followed for decades, even centuries,” the court wrote in its opinion. “Appellants have shown no reason for the Court to disturb this longstanding use of total population.”

The decision was a unanimous 8-0, and the court fell back on decades of precedent that Though he had some disagreement with the theory behind the court’s opinion, even conservative Justice Clarence Thomas agreed with the judgment.

“I agree with the majority’s ultimate disposition of this case. As far as the original understanding of the Constitution is concerned, a State has wide latitude in selecting its population base for apportionment,” Thomas wrote. “It can use total population, eligible voters, or any other nondiscriminatory voter base.”

The Census Bureau’s “Residence Rule” allows foreign nationals living in the U.S. to be counted in the census and allocated to the states based on their “usual residence.” Brooks and the State argue in the lawsuit that the practice violates the 14th Amendment and its Equal Protection Clause.

“This lawsuit will have significant and enduring effects on Alabama and other states harmed by unconstitutional census methods,” Brooks said. “Fundamentally, the issue is fair and equal representation for United States citizens. While some stand for illegal aliens, I stand for American citizens.”

The Constitution calls for an “actual enumeration” of the “number of persons in each State.” But the lawsuit argues for a different interpretation of the term “person.”

“The phrase ‘persons in each State’ was understood at both the Founding and in the Reconstruction era to be restricted to aliens who have been lawfully admitted to the body politic constituted by the Constitution,” Alabama’s lawsuit reads. “Aliens who are unlawfully present in the United States did not qualify because they are not entitled to political representation. Thus, the actual enumeration of the population cannot include such aliens.”

On the other side, proponents of the bureau’s rules — and the Supreme Court — say the Equal Protection Clause is the precise reason why total population should be used.

“Nonvoters have an important stake in many policy debates—children, their parents, even their grandparents, for example, have a stake in a strong public-education system—and in receiving constituent services, such as help navigating public-benefits bureaucracies,” the court wrote in its 2016 opinion. “By ensuring that each representative is subject to requests and suggestions from the same number of constituents, total-population apportionment promotes equitable and effective representation.”

The State and Brooks are seeking to have the practice of counting total population ruled unconstitutional.

“The loss of an Alabama Congressional seat will be a huge loss in Alabama’s political influence and will diminish Alabama’s influence in Congress and its importance in presidential elections,”  Brooks said.

The lawsuit comes as the Census Bureau plans to ask respondents about their citizenship status for the first time in decades, leading to concerns from some Democrats that immigrants will be undercounted in the 2020 census because they will be afraid or anxious to respond about their status.

The last time the Census Bureau asked all U.S. households about their citizenship status was in 1950.

Since then, the question has been included on some long-form versions of the census — which were sent to a smaller group of households until 2000, when it was discontinued after that year’s census— and the American Community Survey, which has been sent to 3.5 million households annually since 2005.

Seventeen other largely Democratic states are suing to block the Trump administration’s inclusion of the citizenship question on the 2020 census.