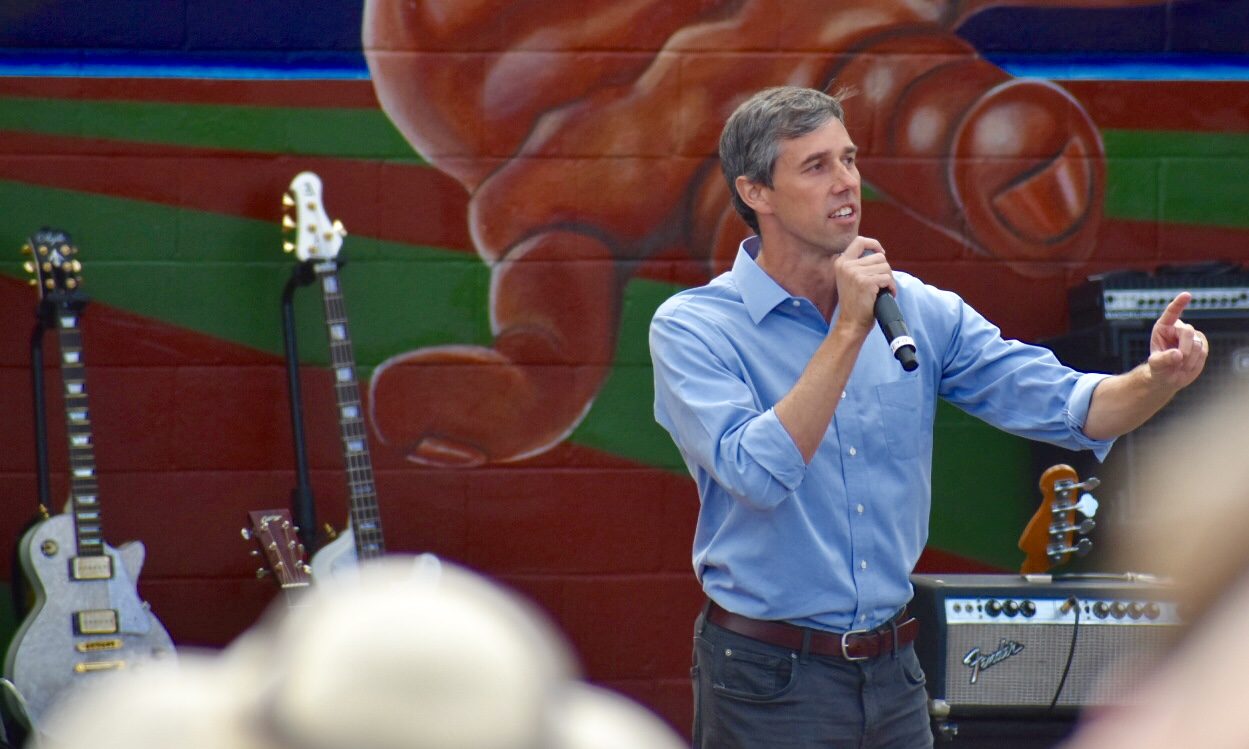 The group is focused on raising at least $1 million for a future presidential campaign for Texas Congressman Beto O’Rourke, whose 2018 campaign for Senate against Republican Sen. Ted Cruz sparked national attention. Though he lost against Cruz, O’Rourke’s campaign inspired a number of Democrats who hope a young, progressive candidate like O’Rourke could be the Democratic standard-bearer in 2020.

The $1 million for Beto’s presidential campaign will be raised in the hopes of both convincing him to run and giving him a headstart in the primary.

Hagan, who is one of the group’s co-founders, is one of two red-state Democrats who ran unsuccessfully for Congress in the group. Renee Hoagenson of Missouri’s 4th Congressional District is the other. Democratic candidate Mallory Hagan speaks to supporters in Opelika, Alabama, ahead of the November 2018 midterm elections.

“I had the distinct honor of hearing Beto speak while traveling this past year,” Hagan said. “His desire to see positive, progressive policy in America is infectious. Momentum for a Beto presidential run has been building since the Midterms.”

Hagan lost her 2018 bid against Rogers by 26 percentage points, but her campaign was energized by a grassroots movement. The former Miss America was a local television news anchor and activist before launching her congressional bid.

Organizers have set up an ActBlue escrow account, which would transfer any funds raised to O’Rourke’s campaign account if he were to announce one next year. Hagan’s group is one of two draft efforts seeking to push O’Rourke to run. The other, Draft Beto 2020, held a rally last weekend in New Hampshire, an important primary state, Politico reported.

O’Rourke, a three-term congressman from El Paso, has not said whether he will run for president. He initially shut down calls for him to but has since back stepped. He’s said he doesn’t have a “hard date” on when he would make a decision.

O’Rourke’s impassioned campaign included a tour of all 254 Texas counties. He raised more than $70 million in campaign contributions, the most of any Senate candidate in American history and more than $40 million more than Cruz’s fundraising totals. O’Rourke had 1.2 million separate donations.

Though O’Rourke lost by about 2 percentage points, his race was the closest a Democrat has come to unseating an incumbent Republican in deeply red Texas since 1978.

“Our goal is to bring that energy to the surface and build a grassroots movement to Beto a head start in the primary,” Hagan said. “Beto’s experience, passion, inspiration, vision and ability to connect with voters gives him the best chance to win in 2020.”

Other organizers in the campaign include social media influencers like actor Misha Collins and voice actress Tara Strong, who is known for her Powerpuff Girls and Rugrats roles, and Santiago Palomino, who was a field organizer on O’Rourke’s Texas Senate campaign.

A Des Moines Register/CNN/Mediacom poll in Iowa that was released over the weekend showed O’Rourke in third. He registered 11 percent support, behind former Vice President Joe Biden and Senator Bernie Sanders, in the important early primary state.

"Martin was the John the Baptist of the Southern Republican sweep of 1964, and father of the modern Republican Party in Alabama."