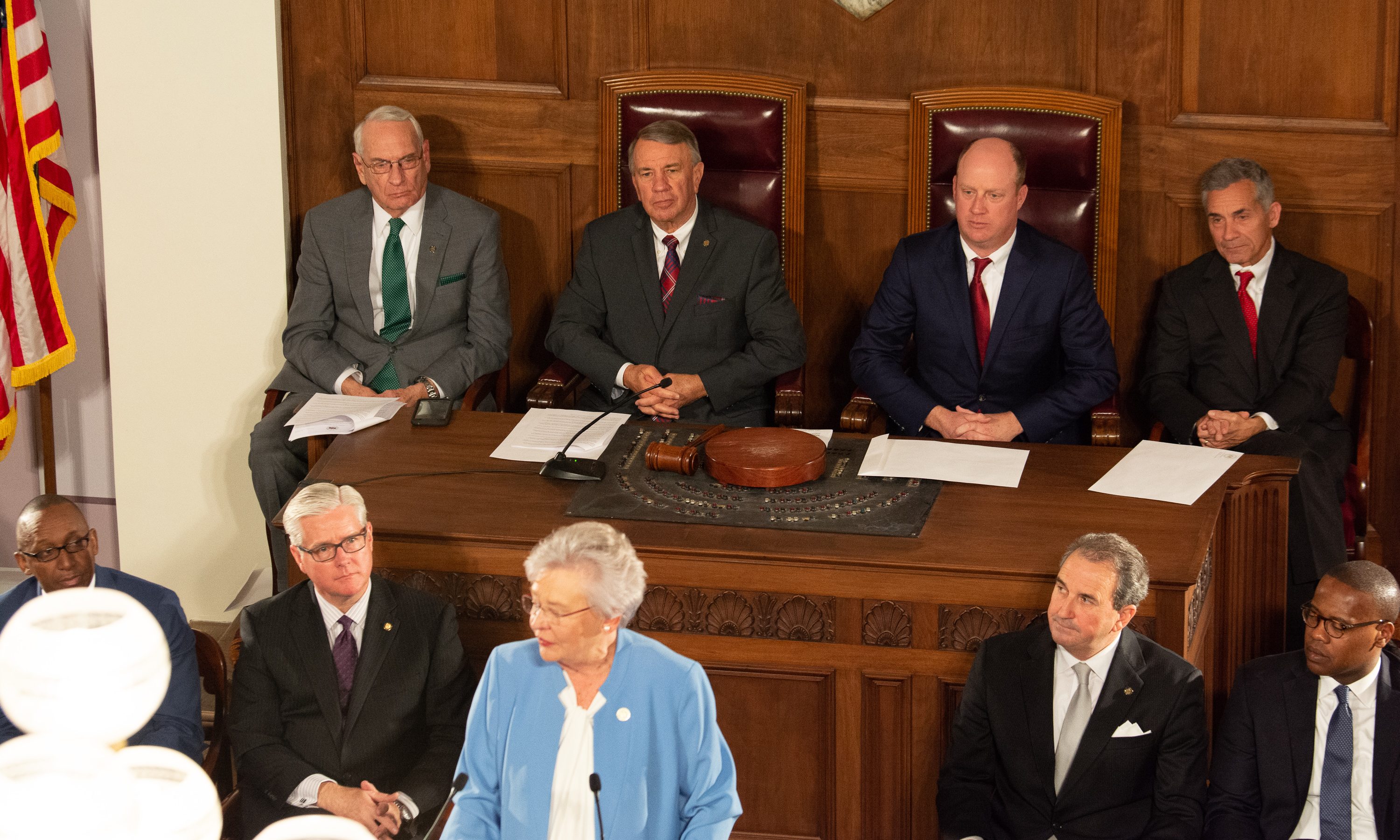 Gov. Kay Ivey called a special session of the Alabama Legislature on Tuesday, just an hour after finishing her State of the State address and less than a full day into the Legislature’s 2019 regular session.

Calling a special session within a regular session isn’t new, but special session are more commonly called during the parts of the year when the Legislature is not normally in session in the spring.

Those special sessions had to do with budget shortfalls, redistricting, revisions to a controversial immigration law and lotteries.

This one is over Ivey’s proposed gas tax to fund infrastructure investment.

The main reason Ivey called a special session is because such a move forces the Legislature to focus on infrastructure — both politically and practically. It puts eyes on the Legislature and puts a number of roadblocks in their path should they try to veer into other territories.

Alabama’s Constitution allows the governor to list purposes in their call for a special session, and anything “outside the call” is unlikely to be addressed by lawmakers.

“In a special session, the governor puts in the call only the legislation that she would choose, and therefore, she can focus in on just certain bills,” said House Speaker Mac McCutcheon, R-Monrovia.

Ivey’s special session will be focused on a motor fuels tax increase, legislation about a Joint Transportation Committee to provide for effective legislative oversight of ALDOT’s use of the gas tax revenue and legislation that would give the Alabama Highway Finance Corporation authority to borrow money and issue bonds for the purpose of improving the Alabama State Docks and the Mobile Bay ship channel.

Anything not in the call requires a 2/3 vote of each house to be enacted. That’s a hoop that lawmakers are unlikely to try to jump through during the special session, which is set to last two weeks.

“The way the legislative process works [in a regular session], you have many bills being introduced and committee meetings, so there’s always that opportunity for politics to get in the way and for things to get clouded,” McCutcheon said. “This would be a clear, direct path of what we needed to do.”

The regular session will reconvene on March 19, when lawmakers will be able to vote on anything with normal majority rules in place. 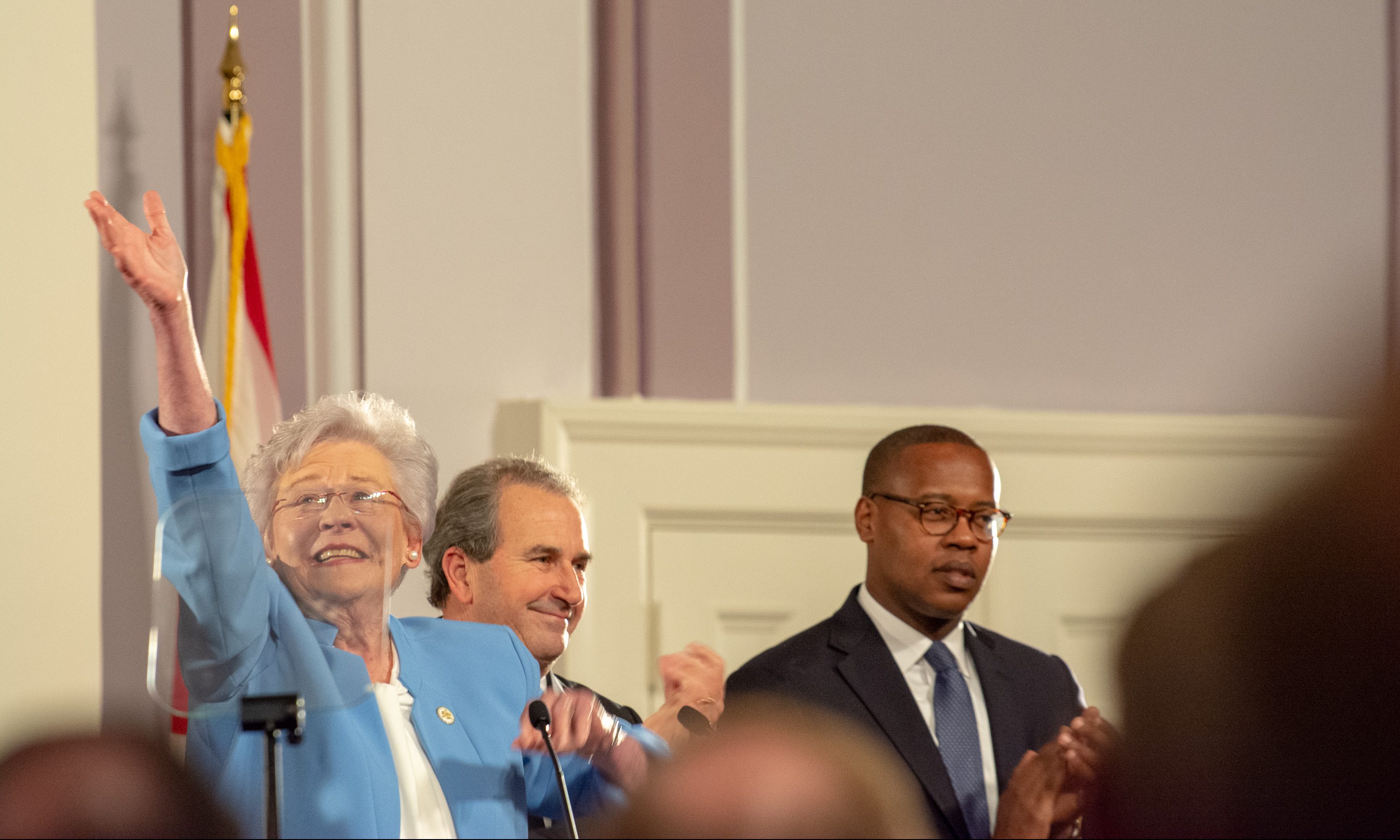 Ivey is hoping to pass a gas tax increase of 10 cents, which would take effect over the course of three years. Her plan would also implement registration fees for electric and hybrid vehicles and appropriate funds for improvements to the Port of Mobile.

The governor says the increase to the state’s motor fuels tax is essential to improve Alabama’s sub-par roads, highways and bridges.

“It’s time to make our crumbling infrastructure a problem of the past,” Ivey said Tuesday night. “As governor, I say enough is enough.”

McCutcheon said Ivey’s call for a special session is another hint at how much of a priority the motor fuels tax is this year.

“It just supports her leadership style. She has not backed away from any of the serious issues,” McCutcheon said. “The fact that she’s willing to call a special session means she’s ready to go to work. She’s ready to fix some of these problems.”

The gas tax bill would still need to go through the typical three-day legislative process before it could be voted on, but the special session also disposes of some procedural loopholes normally present in a regular session.

One is the budget isolation resolution, essentially a preliminary vote on a bill. Because Alabama’s constitution requires the Legislature to pass balanced budgets as their main constitutional duty, lawmakers have to vote on a resolution that essentially acknowledges they haven’t gotten to that yet.

To pass legislation before budgets are submitted to the governor, a chamber must first approve a Budget Isolation Resolution — or BIR — by a 3/5 vote of the quorum. BIRs can sometimes be a snag for the majority party early on. In a special session, no BIR is required.

Depending on how fast the two chambers move on the gas tax bill, there could be votes by Friday if lawmakers choose to come back that day. McCutcheon said the bill would have its first read tomorrow. It would need a second read on Thursday before it could be voted on the next legislative day.

“I think we need to address it just as soon as possible,” McCutcheon said. “This is an important issue for our state. My goodness, it’s been 27 years since we’ve done anything on it. That’s sad. That’s really sad — especially when you look at our crumbling infrastructure. It’s a tough decision to make. I think that’s one of the reasons this took so long.”

While Republicans are largely behind the bill, some conservatives have opposed the gas tax increase on the grounds that no taxes should be increased. There is no clear consensus in the Democratic caucus, their leadership said, but Ivey will likely need Democratic votes for her infrastructure plan.