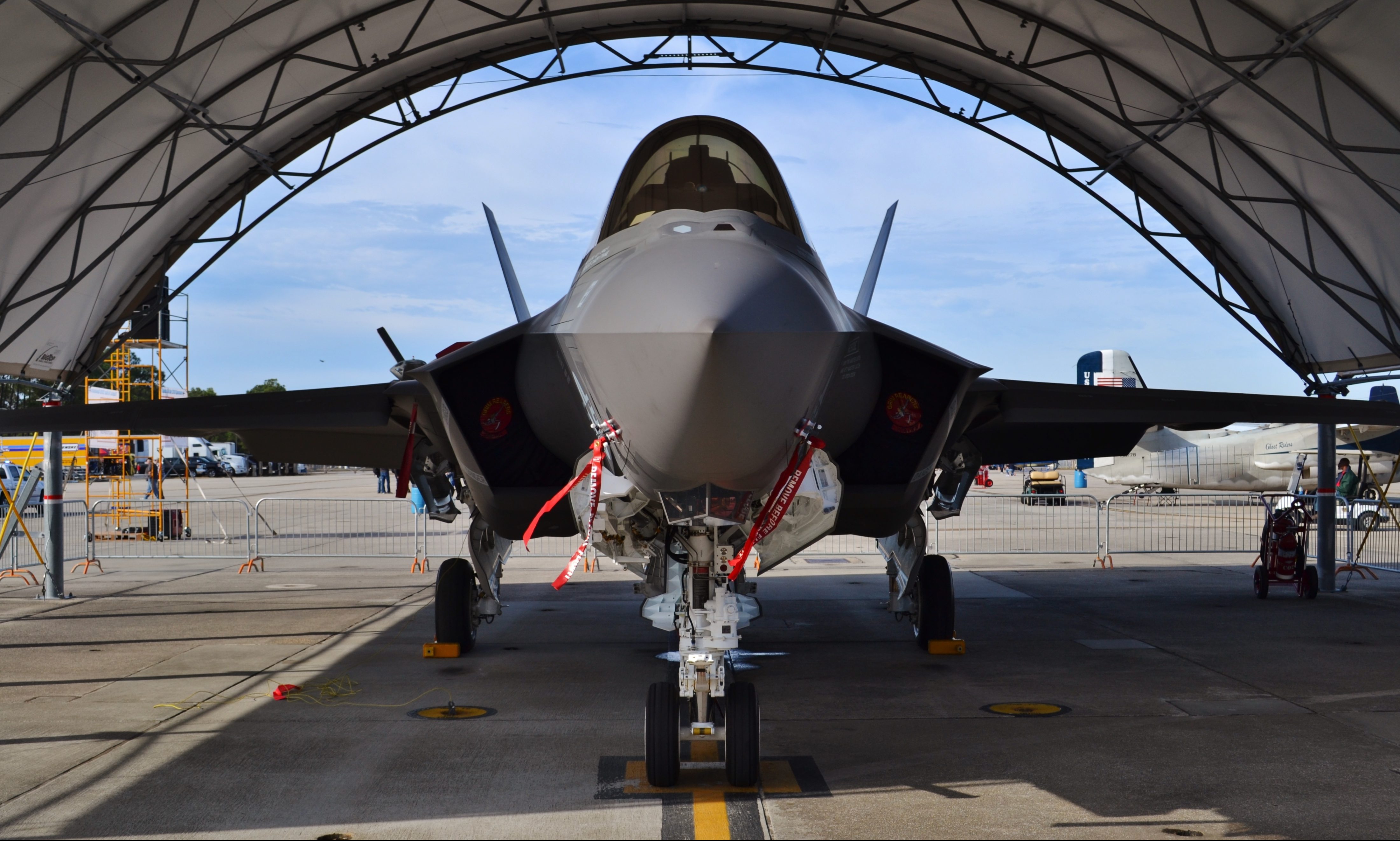 In July 1972, the F-15 fighter jet flew for the first time.  The F-15 was the American military’s answer to the Soviet block’s mighty Mig-25 and incorporated all the lessons learned in the Vietnam War. The F-15 rapidly replaced the 1950s designed F-4 Phantom as the U.S. Air Force’s dominant air superiority fighter. Also in the 1970s, the Air Force secretly developed the first stealth fighter, the super secret F-117 for strike missions without being detected by radar.

That first generation of F-15 pilots have long since retired and have been replaced by their sons and now their grandsons and granddaughters; but the F15, like the F16, A-10, B52, C-5, and C-130 have soldiered on in America’s military for far longer than their designers even dreamed.

In the 1990s, the Pentagon developed plans to replace most front line combat aircraft with a 21st century Air Force designed around the latest stealth technology and computers, neither of which existed beyond their infancy when the F-15 was being designed during the Vietnam War. The F-22 replaced the F-15 as the Air Force’s frontline air superiority fighter aircraft. The F-35 Joint Strike Fighter was designed to replace the F-15 strike eagle, F-16, F/A-18, A-10, F117 and Harrier AV-8B as the military’s strike and attack fighter through the middle of the 21st century.

That was the military’s plan. Washington had other plans. In February, the Pentagon shocked the Air Force and most military planners when it ordered eight of the newest version of the F-15, the F-15x, in their fiscal year 2020 budget request, signaling that the Pentagon intended to keep F-15s in the inventory for decades to come.

F-15x advocates maintain that it is in the best interests of the military to keep the Boeing fighter division in business, rather than placing all orders with Lockheed Martin, which builds the F-35. Critics of the plan are blaming Boeing veteran, acting Defense Secretary Patrick Shanahan for influencing the decision, which they claim puts American pilots at a disadvantage if confronted with a technologically sophisticated opponent, something the U.S. has not faced in the recent wars in Afghanistan and Iraq.

U.S. Rep. Martha Roby is the co-chair of the Joint Strike Fighter Caucus.

“The F-35 Joint Strike Fighter is the military’s most cutting-edge war machine,” Roby said. “Congress must continue to provide adequate funding for the development and procurement of this next-generation fighter jet as we work to replace antiquated, outdated aircraft. The F-35 program is critically important to our national security, and I will continue to strongly support it in Congress.”

“The F-35 represents a milestone in fighter jet technology and capability,” said former state Rep. Perry Hooper Jr. “After years of research and development, the Air Force is in the process, of upgrading the entire fighter jet fleet to the F-35. The entire military will soon follow. This remarkable fighter jet will serve as the backbone of our air war power for the next 50 years.”

“Acting Defense Secretary Patrick Shanahan, a 30-year Boeing veteran, soon after taking over the job told Bloomberg in an interview, ‘I’ve found the aircraft — the F-35 as a product, its capability and performance — to be eye-watering. It is high, high-performing, no ambiguity, no ifs, ands or buts,'” Hooper said. “Yet, at the last minute, The Pentagon decided to force down the throats of the Air Force fighter jets designed with 1970s technology: the Boeing produced F-15x. Yes, close to 50-year-old technology. Against the wishes of Air Force Commanding General Heather Wilson, the Pentagon is inserting the purchase of F-15x fighters into their budget request. Once acquired, the Air Force will be forced to use them in modern warfare. I guess next the Army will get muskets instead of the M4 carbine.”

“Stealth technology, making planes virtually invisible to enemy radar has been the key to every plane designed for the military the last 40 years,” Hooper continued. “Stealth is baked into the design and cannot be added. We are now on our third generation of stealth technology, and the F-15x is not a stealth aircraft.”

Hooper wrote, “John Michael Loh, a retired general who served as the U.S. Air Force vice chief of staff and the commander of Air Combat Command. The Boeing fighters, ‘Are unable to survive against the threats of our biggest concerns in our national-defense strategy.’”

“David Deptula, a retired general and former F-15 pilot who is now the dean of the Mitchell Institute for Aerospace Studies in Virginia, wrote in a February 2019 op-ed for Forbes,” Hooper added. “‘Chinese and Russian Surface-to-Air and Air-to-Air threats are proliferating in quantity, advancing in capability and being deployed to critical areas of U.S. interests. To survive in the modern battle space, a fighter must have stealth, advanced 360-degree sensor capability, advanced electronic warfare and the ability to connect to sea, air and space assets. The F-35 does all of these things – the F-15x can do none of them.’”

“All this is a boondoggle costing taxpayer billions just for the benefit of Boeing and their Washington Lobby,” Hooper said. “No wonder taxpayers are so skeptical of Washington bureaucrats. The Boeing F-15x advocates in the Pentagon even admit to this: ‘The non-stealthy F-15x would replace F-15s primarily flying low-risk homeland-defense patrols over the United States. By contrast, F-35s with their stealth features would deploy overseas for major combat against high-tech foes.’ So, F-15x defenders even admit our shores would be left vulnerable to the Russians and Chinese.”

The Air Force said in a statement, “It really then turned into a conversation of, for the future of the Department of Defense, it’s going to be good to have multiple providers in the tactical aircraft portfolio, and that’s what led our way into the F-15X decision.”

The Defense Department’s inspector general has now announced it was investigating Shanahan. The IG is looking into allegations that Shanahan showed favoritism toward his former employer, Boeing.

The Bloomberg News cited one unnamed source who stated that Shanahan influenced the process.

Shanahan has repeatedly denied that allegation.

Air Force Secretary Heather Wilson’s has acknowledged that the service does not want to buy new F-15s.

Reportedly, there were also discussions on buying new F-16s. If the Air Force is going to purchase new F-15s and/or F-16s into the 2020s, will they be assigned to Air National Guard and Reserve units?

In December 2017, the U.S. Air Force announced that the Alabama National Guard’s 187th Fighter Wing at Dannelly Field in Montgomery was chosen for the F-35 Joint Strike Fighter mission as then the plan was to deploy the F-35 across all the services.  Has that plan changed? And who is doing the planning?

Perry Hooper is the 2016 Trump Victory Chair and a vocal proponent for the F35 being delivered to the Alabama Air Guard, which presently flies F-16s.

Original reporting by the Defense News’s Valerie Insinna and the Bloomberg News contributed to this report.