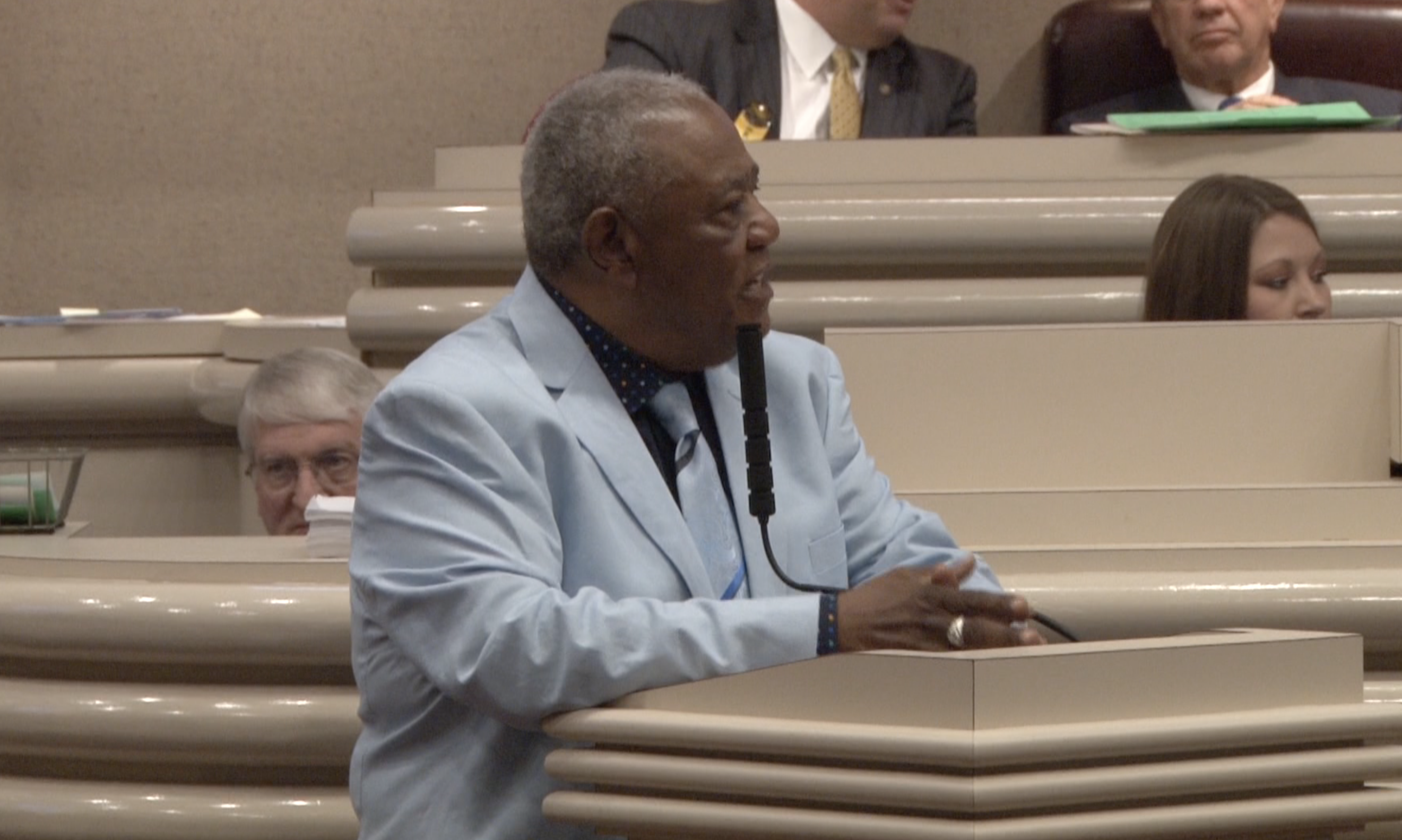 Now he may be facing a Democratic challenger as well. On Tuesday, embattled state Rep. John Rogers, D-Birmingham, said that he is considering running for Senate.

Rogers said in the Senate floor that he is seeking $1 million in pledges supporting his campaign and already has $500,000 of that.

Rogers told the Alabama Political Reporter when the session ended, “I have to reach a certain threshold. Doug Jones already has over $2 million. It is hard to beat someone who has $3 million.”

Rogers has been widely criticized for his remarks last week defending abortion saying that ‘we either kill then now (in abortions) or we kill them later in the electric chair,’ and for his use of the word ‘retarded’ in remarks on the House floor as well as used as a pejorative against Donald Trump Jr. who had criticized Rogers for earlier remarks. Rogers also said that Trump Jr. should have been aborted by his mother.

In his floor speech Rogers implied that Senator Doug Jones had called him.

“Nobody calls me on the phone and tells me to be quiet, not the President and not a Senator,” Rogers said. “You can take that and put it where the sun don’t shine.”

Rogers said, “I have not been chastised by anyone since my Mother and Father and I am not going to start now.”

Rogers apologized several times for his use of the word “retarded,” and said that he has a young intellectually challenged relative that he dearly loves. Rogers says that he stands by the rest of his comments and has been receiving calls from doctors who agree with him, “from all over the world.”

Rogers said that when it is over we will hug, but, “While we are fighting I am going to try to knock your eyeballs out.” “I am going to put my combat boots on and my combat clothes and get ready for a fight.”

“Doug Jones and John Rogers share the same views on abortion, but Rogers is at least honest about it,” said NRSC spokesperson Nathan Brand. “Even Alabama Democrats are taking note of how dishonest Doug Jones is.”

Rogers told Birmingham talk radio host Matt Murphy that Doug Jones called him and agreed with him. “I know you’re right, but I got to come out against you,” Rogers claimed on the radio program.

Alabama Republican Party Chairman Terry Lathan said in response to the news that there could be a Rogers versus Jones Democratic Primary:

“As Jed Clampett use to say….Wellllll Doggies….,” Lathan said on social media.

Jones has asked Rogers to apologize for his comments last week.

“Nobody apologizes for me,” Rogers said on the House floor.

Jones calls on Rogers to apologize. Rogers says Trump Jr.’s mother should have aborted him

Rogers demanded on the floor that the Republican controlled state Senate amend HB314 to include a rape and incest exception to the abortion ban.

Rogers is serving his tenth term in the Alabama House of Representatives. He is 78 years old.

The Alabama party primaries for President, U.S. Senator, Congress and other offices is on March 3, 2020.

Former Chief Justice Roy Moore has said that he is “prayerfully considering” a second run for the Senate. Jones defeated Moore in a special election in 2017.