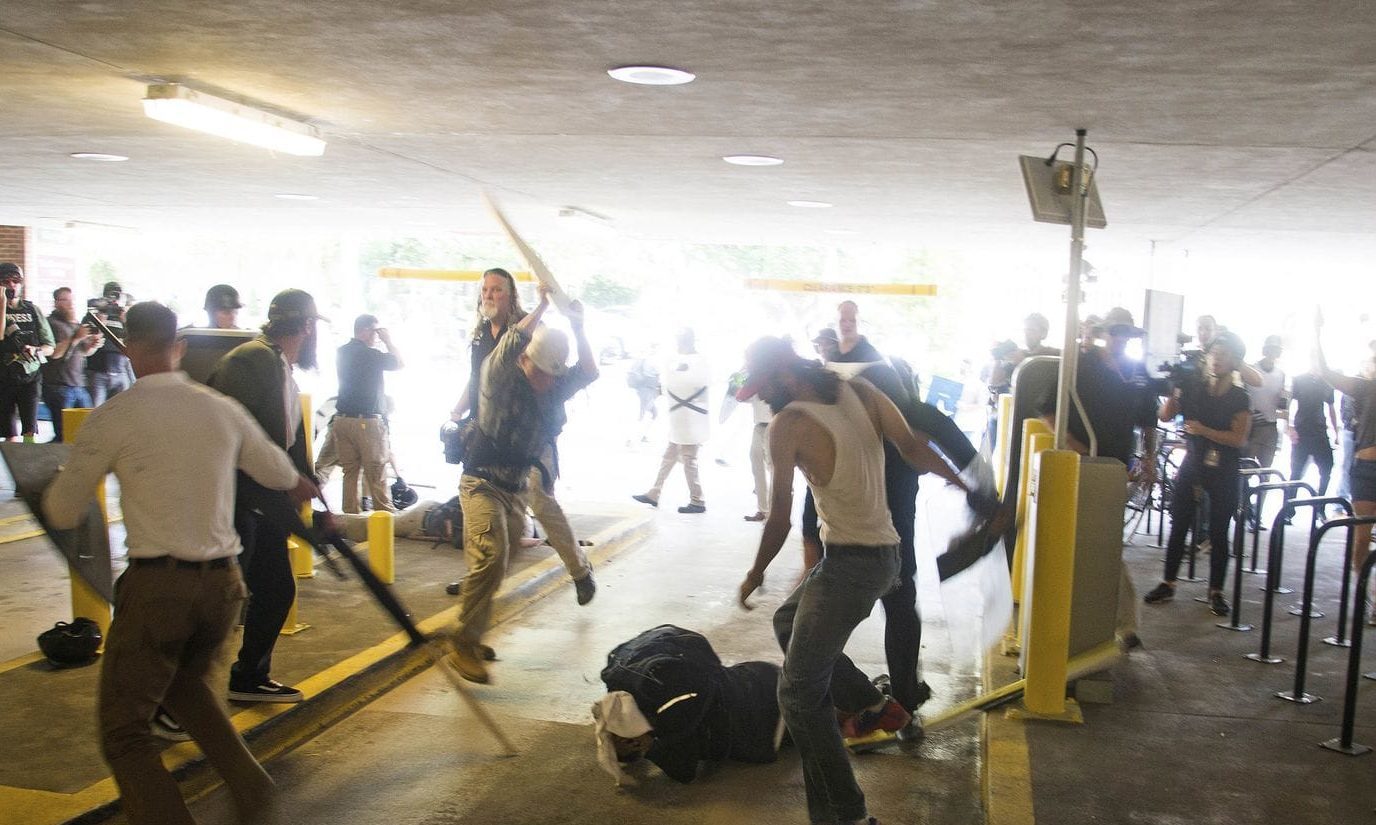 A Florida man connected to the Alabama-based white supremacist group the League of the South was sentenced to more than two years in prison Tuesday for beating a black man during the 2017 “Unite the Right” rally in Charlottesville.

Tyler Watkins Davis, 51, is to serve two years and one month for hitting DeAndre Harris with a stick, which tore his scalp and required eight staples.

Davis is the fourth white supremacist convicted for the beating, which was captured on a widely seen video.

“This is one of the most disturbing and saddest videos I’ve seen in my entire life,” Charlottesville Circuit Court Judge Richard E. Moore said when sentencing Davis, according to The Washington Post.

Two other white men who took part in the beating and photographed while in Charlottesville haven’t yet been identified. The Charlottesville Police Department is working to identify them, however.

“I know he suffered,” Davis said before being sentenced, according to The Washington Post.  “I regret ever coming to Charlottesville and I regret my actions in the parking garage. I was . . . raging, barely functioning . . . hated life.”

Davis told the judge that he is no longer part of the League of the South, doesn’t communicate with anyone in the group and erased all contact information for its members, according to The Post.

Davis said while in jail awaiting his trial he talked with other inmates, many of them minorities and people with different political perspectives.

“This enabled my humanization process,” Davis said. “I realized that we are not all that different.”

Davis was a charter member of the “DB Coleman chapter of the Florida League of the South” based in Middleburg, Florida, according to the Southern Poverty Law Center.

Despite having been banned from Twitter, The League of the South’s still active account on Aug. 12, the two year anniversary of the Charlottesville rally, tweeted a photograph of league members marching down a Charlottesville street with the words “While the world watched, we acted.” written across the image.

A federal civil lawsuit in Virginia filed by 10 victims of the Unite the Right rally names 25 Defendants, including the League of the South and its founder and leader, Michael Hill, and the league’s Florida chapter leader Michael Tubbs.