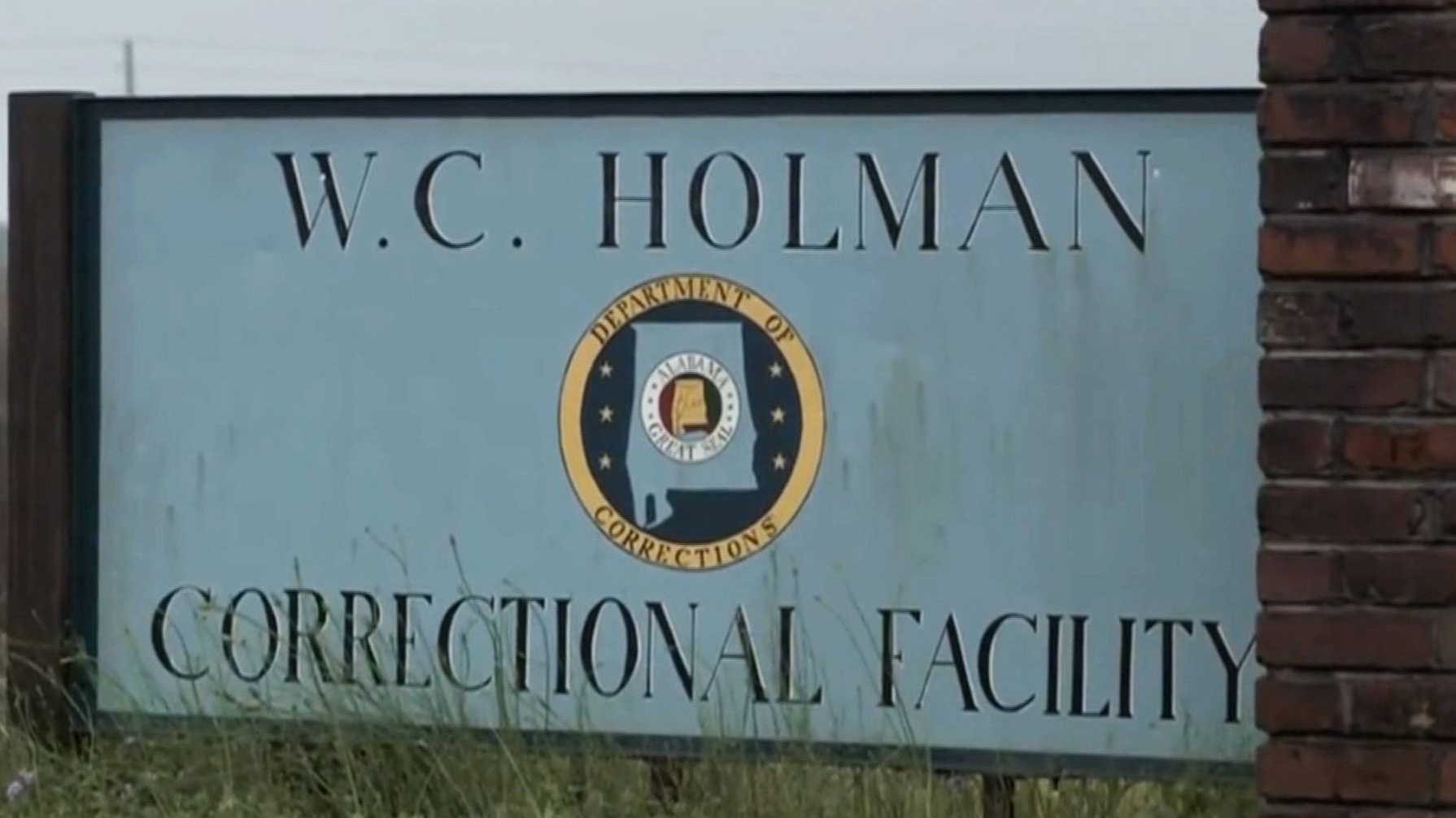 A sign outside of Holman Correctional Facility in Atmore, Alabama.

A Capshaw man serving at the Holman Correctional Facility near Atmore died Tuesday, according to the Alabama Department of Corrections.

APR confirmed that James McClain, 54,  died at the prison and that the cause of death is under investigation pending an autopsy, ADOC said in a statement, adding that foul play isn’t suspected.

McClain’s death is at least the second death at Holman prison since Dec. 31, when Moses Robinson died after being attacked the day before by another incarcerated man. McClain was serving a life without the possibility of parole sentence for an attempted murder conviction in 1995, according to court records. He was sentenced under the state’s Habitual Offender Act, those records show, which took into account previous convictions on escape and theft of property charges.

At least 28 people died as a result from either homicide, drug overdose or suicide in state prisons in 2019. The at least 14 prison homicides in 2019 was more than twice as many as were killed during the entire ten-year period between 1999 and 2009.

Speaking at a budget presentation in Montgomery on Thursday, Alabama Department of Corrections commissioner Jeff Dunn said 70 correctional officers have been arrested within the last three years on charges of bringing contraband into prisons. APR‘s Brandon Mosley, who attended the event, reported that there remain pending contraband cases against correctional officers from incidents in 2019 that weren’t included in Dunn’s figure, and that the arrests were for smuggling all sorts of contraband, including drugs and cell phones.

An inmate in a state prison, who asked not to be identified for fear of retribution from staff, told APR recently that drugs are prevalent inside his facility, and that it comes in by way of officers and visitors.