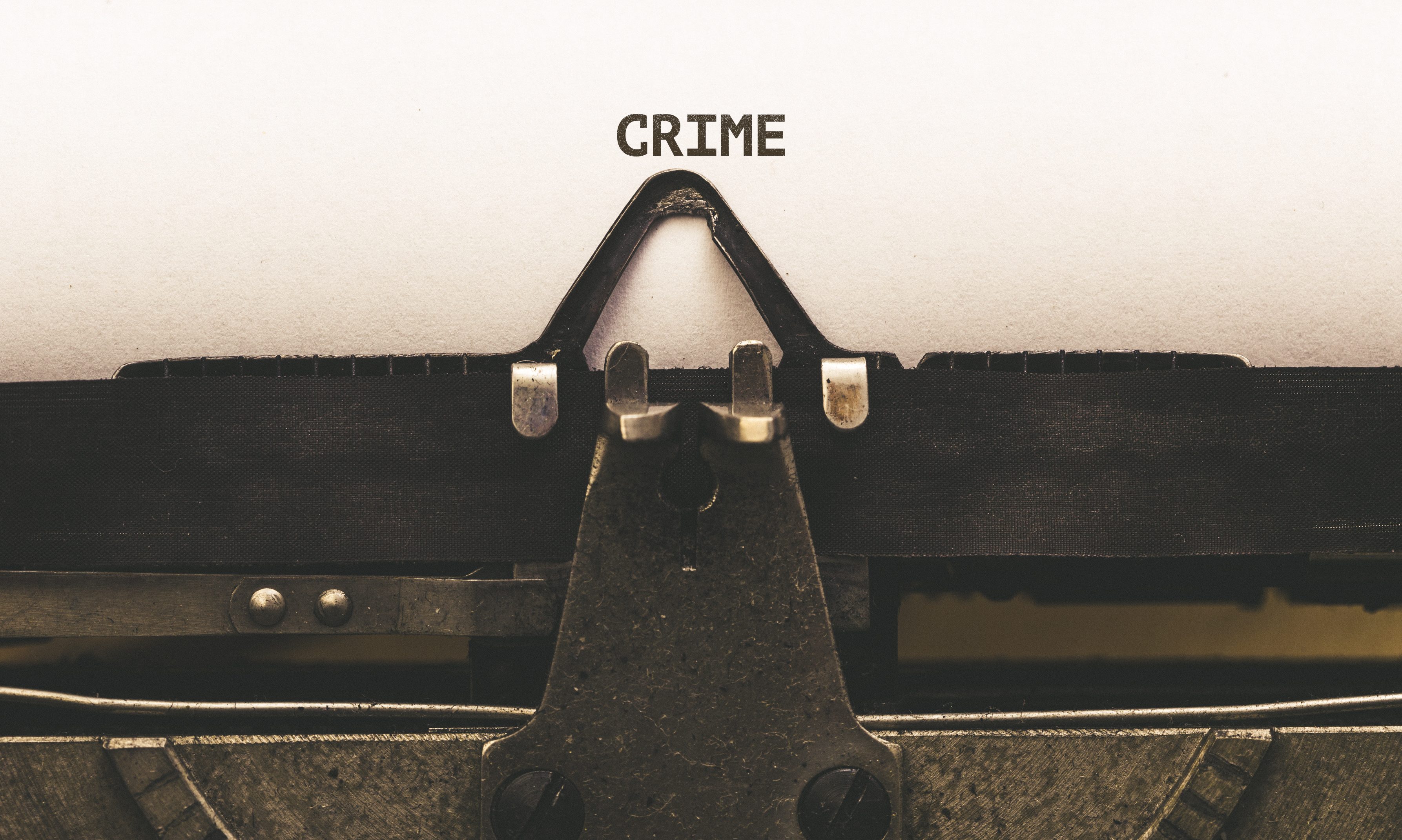 The Alabama Bureau of Pardons and Paroles since November sent messages in tweets and press releases about those convicted of violent crimes, and nearly nothing on non-violent offenders seeking paroles.

Since parole hearings resumed that month the tone of the Bureau’s social media posts changed from informational to something much closer to fear-mongering, full of language about violence and details of past crimes.

The Bureau’s focus on spreading messages about violence criminals has some worried that the the agency is purposefully pushing a narrative that the entirety of the state’s prison population is too dangerous to reenter society, and at a time when Gov. Kay Ivey continues to push for construction of three new mega-prisons to ease overcrowding.

In October state prisons were at 170 percent of capacity, according to Alabama Department of Corrections statistics.

Previous attempts by lawmakers to gain support for a bond issuance to pay for new prisons failed. Ivey announced in February 2019 her plan to build the prisons through a build-lease partnership with private companies, which would not require the state to borrow the lump sum to build.

The state faces the possibility of a federal takeover of its prisons, which are plagued with violence and overcrowding, problems detailed in a report in April by the U.S. Department of Justice, which found that Alabama may be in violation of prisoners’ Constitutional rights to protections due to rampant sexual abuse, assaults, homicides and suicides.

“What is coming out of Pardons and Paroles, from the newsletter that they send out to the tweets and that website, it’s all propaganda. It’s straight up propaganda at its finest,” said Dillon Nettles, a policy analyst at ACLU of Alabama, speaking to APR by phone last week. “They are essentially trying to relitigate these cases, and not just in front of the board, but in the court of public opinion.”

Of 106 tweets by the Bureau’s official account in January, 90 included information about violent crimes and used the word “violence” in hashtags and in the body of the texts. Many give the details of past crimes. Press releases issued by the agency since November centered around parole denials for those convicted of violent crimes.

“If you look at Georgia, Tennessee and you look at Mississippi, you will not see any language rhetoric like this coming out of their parole boards on their website on their social media,” Nettles said. “It’s just not a common thing.”

Most of those state agencies responsible for parole decisions use social media to inform the public of office closures, employee appreciation matters, state government happenings and law enforcement news.

The Bureau’s new director, Charlie Graddick, a former circuit judge, state attorney general and architect of Alabama’s Habitual Offender Act appointed to his post in July, 2019, describe the state’s inmates in op-eds and in interviews as too dangerous to be paroled. Graddick told reporters in January that “we don’t have people there anymore that really qualify. They just don’t.”

Terry Abbott, a communications liaison for Gov. Kay Ivey’s office to the Bureau, explained to APR last week that it’s all about giving the public what they want.

Abbott in a follow-up message to APR said that each Monday a new release lists all the violent offenders who are to be considered for parole that week, and on hearing days additional news releases announce the three-member board’s decision on those cases

Asked whether he could provide APR with any requests from the public seeking regular information on incarcerated people serving for convictions of violent crimes, Abbott explained that it wasn’t a matter of  public requests, but one of “broad, general public, media, public official interest in the issue of violent crime that affects communities far and wide.”

“I think they’re selecting what they want the public to be interested in,” said state Sen. Cam Ward, R- Alabaster, speaking to APR by phone last week. “I think releasing all the information is good. That way the general public can decide for themselves what’s important and what’s not.”

Ward said he’s not comfortable telling the Bureau of Pardons and Paroles how to operate their agency, but that “more transparency is better.”

“Regardless of who you’re paroling, make a full and complete list. I think that only helps them in their job, and I think it helps the general public have a better education about what they do and  what’s going on there,” Ward said.

It’s unclear who was responsible for the Bureau’s decision to focus on violent criminals in publicly released information. Asked whether Graddick had requested that change, Abbott said “No he did not” and declined to discuss the matter further.

Unlike other Bureau employees, Abbott’s salary is paid through Ivey’s office, according to state records. He was appointed by Ivey as her office’s communications liaison to the Bureau on Aug. 28, 2019, and was to start the job on September 1, according to Abbott’s letter of appointment from Ivey, which sets his pay at $86,424 annually.

It was unclear whether the position of a communications liaison for Ivey’s office to the Bureau was a newly-created position for Abbott. Ivey’s office, through a spokeswoman, declined to answer questions on the record about Abbott’s employment, and referred questions to the Alabama Personnel Department.

Tara Hetzel, an attorney with the state State Personnel Department, in a message to APR on Monday said that Ivey can hire and assign employees to the Bureau as needed.

“While this is not done often, it’s definitely not unusual,” Hetzel said, adding that one other Bureau staffer, Olan Tucker, was also hired to work at the Bureau of Pardons and Paroles.

Abbott is the only Bureau employee being paid by Ivey’s office, however, according to state records. Olan Tucker, who goes by the name Skip, is paid by the Bureau itself, according to those records, and began receiving paychecks in October 2019.

Skip Tucker, former news editor of the Daily Mountain Eagle and former communications staff for Graddick in years past, wrote an op-ed last year on Graddick’s appointment praising his former boss as a man tough on criminals.

“Graddick’s back. Those two words are fraught with meaning for those who run badly afoul of the law, especially on a routine basis. For the habitually violent criminal, the words are heavy with nothing but trouble. He wrote Alabama’s Habitual Offender Act,” Tucker wrote in an op-ed published by Alabama Daily News on Aug. 1, 2019.

Days after he began at the Bureau, Graddick suspended paroles hearings citing problems with the agency’s victim notification process.

Former Pardons and Parole Board chair Lyn Head told APR earlier this month that the board was issuing notices as required by state law ,and denied Graddick’s allegation to the contrary. Head resigned from the board in September.

Hearings resumed in November, but the number of people being seen by the board dropped dramatically. During November and December of 2019 just 17 people were granted parole, according to the ACLU of Alabama.

Abbott told APR last month that the agency was ramping up those hearings and had a target of about 540 hearings set for March, substantially more than the 150 hearings that were scheduled for January.

Nettles at the ACLU of Alabama told APR that he would not be surprised if the rhetoric about violent offenders coming out of the Bureau and drop in the number of people being paroled isn’t meant to build public and legislative support for the three new prisons.

“That has been the only solution that we’ve heard from the governor’s office so far to address this prison crisis since the DOJ report came out,” Nettles said, adding that the DOJ report made clear that new prison construction wouldn’t solve all of Alabama’s prison problems.

It was unclear Monday if the Bureau’s new press release, which contained information on all incarcerated people instead of just those convicted of violent crimes, was evidence of a decision to remove the focus on violent crimes in publicly released information.

“The new format is for efficiency, as we increase the number of hearings each week,” Abbott said in a message to APR on Monday afternoon. “It provides all the the basic information to the media and lets them know where to find additional information.”

Rep. Chris England's bill would repeal the law and allow incarcerated people serving under it a chance to have sentences revisited.