Strike of workers in heavy industry

The novel coronavirus has been rapidly spreading worldwide, affecting everyone’s lives more than we’d have expected – from stress and anxiety, having to practice social distancing and therefore isolate inside the house to the illness itself. And it’s with good reason that most people are concerned about it, as the disease can have serious complications and even become deadly for the ones who find themselves being in the groups with a high risk.

For former industrial workers, the risks of developing severe complications if infected with COVID-19 are high, especially if they have been exposed to various toxins that could have potentially damaged their lungs and left them with respiratory diseases. One of the most common work-related diseases is asthma, the occupational development of it accounting for 15% of adult on-set cases, followed by COPD that can develop from the inhalation of fumes, dust, and gasses. Industrial workers are also at risk of developing pneumoconiosis as a result of exposure to silica or coal and asbestosis, lung cancer as a result of asbestos exposure.  All of these are a huge risk factor as the novel coronavirus seems to attack the respiratory system. Simply put, if there is already a respiratory disease that has weakened the body’s system, especially the lungs, chances are that it will be extremely difficult to fight off an infection attacking an already weakened organ and in some cases even fatal.

Being a new virus, there is still a lot of things that remain unclear about it to doctors and scientists. Until this point, there have been only a few months to study its effects, which isn’t nearly enough to be able to have a complete image and conclusive statistical information on how the virus attacks and how it be better treated to lower the mortality rate and render it less of a risk to those already vulnerable. It appears though, that around 80% of cases are suffering only mild or moderate symptoms, 15% suffer a more severe form that requires hospitalization and around 5% of the cases end up in a critical state and need intensive care. The data gathered until now shows that the virus has a mortality rate of around 3.2%, mostly amongst older adults (over the age of 70) which additionally have one or more chronic diseases.

Up until the 80s, various toxic chemicals were widely used for manufacturing products in a number of industries. Alabama is amongst the states where many manufacturers opened up sites with 10 asbestos sites for commercial use and 9 naturally occurring asbestos known sites. As the protection equipment was often inadequate, many industrial workers were exposed to inhaling these toxins over a long period of time and therefore, running the risk of developing serious diseases. The most common types of toxins that industrial workers might have been exposed to are:

As exposure to these chemicals means that workers would inhale them for an extended period of time, the possible health effects for most former workers that have been exposed to it are respiratory diseases such as asthma, COPD, pulmonary fibrosis, asbestosis, silicosis, lung cancer or mesothelioma. But when it comes to toxic exposure, it can take as much as 20 years for diseases to develop and even when they do, victims might be asymptomatic for a long time which means that by the time they receive a diagnosis, it’s too late. The other big problem is that in these cases, misdiagnosis is common which in light of the current pandemic could put even more people at risk, as we know that it acts as a respiratory virus, attacking the lungs. This is why it’s extremely important that former industrial workers that have a history with toxic exposure, constantly check up on their health and provide doctors with all the information regarding their occupational past, especially in the context of the current COVID-19 pandemic, as having an early diagnosis and being able to take the necessary precaution measures might even save lives.

How Can Vulnerable Groups Limit Exposure to COVID-19

It’s extremely important for people with a history of toxic exposure to limit as much as possible the potential of catching the novel coronavirus as it can cause severe complications and even be fatal. There are just a few general rules that are important to follow: 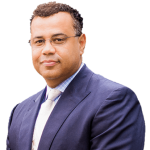 Written By Gregory A. Cade

Gregory A. Cade is the main attorney at Environmental Litigation Group P.C, where he dedicated over 20 years to helping victims of occupational exposure to asbestos and other toxic chemicals.

Online job ads in June up 110 percent from last year