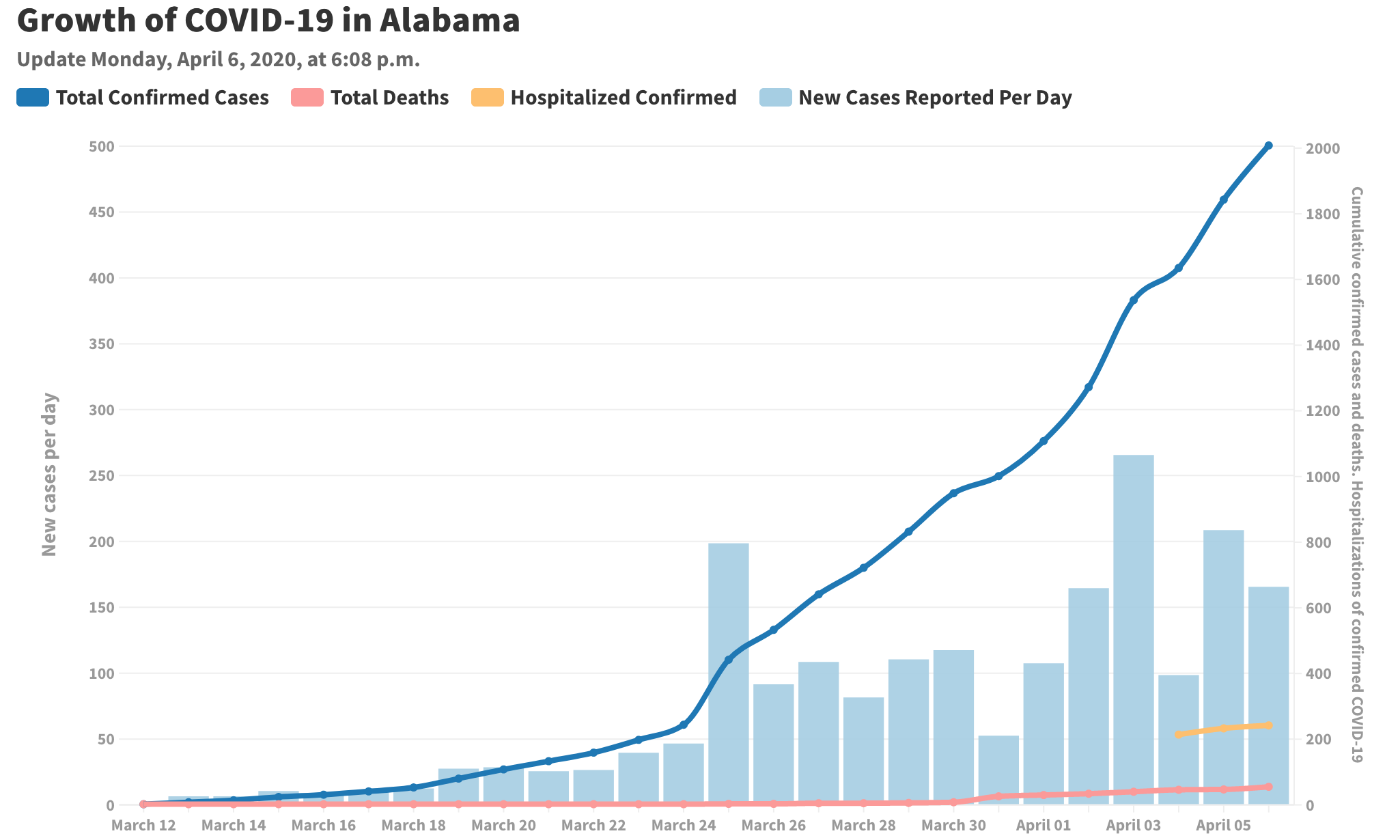 The number of confirmed coronavirus cases in Alabama surpassed 2,000 on Monday, marking another grim milestone in the outbreak.

At least 53 deaths have been reported.

Mapping COVID-19 in Alabama
We're tracking the spread of the virus. Click here for the latest updates.

Cases of COVID-19 have been confirmed by lab testing in 66 of the state’s 67 counties. At least five of the state’s counties have at least a hundred lab-confirmed cases. Jefferson County has reported 438 cases.

Of the counties with at least 50 cases, the number of cases has grown fastest in Mobile County, where testing was slow to get off the ground.

Over the last week, the number of cases in Alabama has grown by 112 percent.