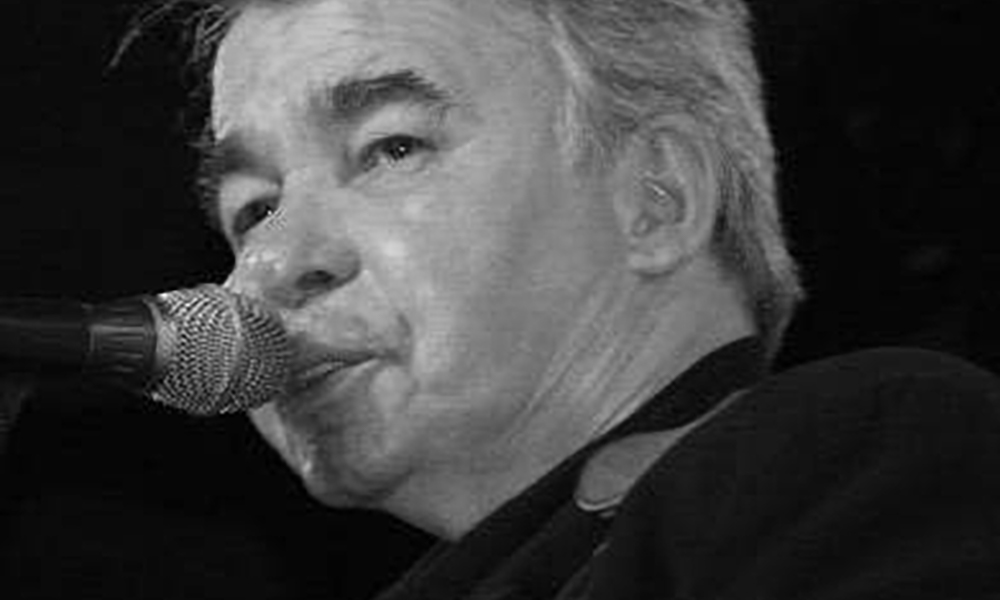 John Prine was a singer-songwriter who wrote such songs as “Angel from Montgomery,” “Sam Stone,” “Hello in There” and scores of other tunes. He was 73.

The family announced in March that he had tested positive for COVID-19. He was hospitalized on March 26 and put on a ventilator. He died in intensive care at Vanderbilt University Medical Center in Nashville, Tennessee.

His wife, Fiona, also tested positive for COVID-19 and she has since recovered, but her husband was hospitalized on March 26 with coronavirus symptoms. He was put on a ventilator and remained in the intensive care unit for several days.

Prine was the winner of a lifetime achievement Grammy earlier this year.

Music critics remember Prine as a virtuoso of the soul, if not the body. He sang his lyrics in a voice roughened by a hard-luck life, particularly after throat cancer left him with a disfigured jaw.

He joked that he fumbled so often on the guitar, taught to him as a teenager by his older brother, that people thought he was inventing a new style.

Prine was a U.S. Army veteran who became a mailman in Maywood, Illiinois. He and his friend, folk singer Steve Goodman were writing songs and performing at the Old Town School of Folk Music, when they were heard by Kris Kristofferson, then a rising country and pop music singer. Kristofferson invited the two to perform with him in Chicago and New York City and Prine’s career was launched.

Prine’s open-heartedness, eye for detail and sharp and surreal humor brought him praise from both critics and peers including: Bob Dylan, Kristofferson, Jason Isbell and Kacey Musgraves. Musgraves even named a song after him.

In 2017, Rolling Stone proclaimed him “The Mark Twain of American songwriting.”

The late film critic Roger Ebert heard one of his performances with Kristofferson and declared that he was an “extraordinary new composer.”

Prine signed with Atlantic Records and released his first album in 1971.

“I was really into writing about characters, givin’ ’em names,” Prine said, reminiscing about his long career in a January 2016 public television interview that was posted on his website.

“You just sit and look around you. You don’t have to make up stuff. If you just try to take down the bare description of what’s going on, and not try to over-describe something, then it leaves space for the reader or the listener to fill in their experience with it, and they become part of it.”

Alabama Music Hall of Fame Board Member Perry O. Hooper Jr. told the Alabama Political Reporter: “I join music lovers across the nation as we mourn the death of John Prine. We also celebrate his legacy of songs that will forever be remembered. From his debut album in 1971, John Prine has been hailed as one of the greatest songwriters America has ever produced. John didn’t become a superstar in the commercial sense. The debut album, “John Prine,” never even reached the Top 100 of the pop charts. The only substantial airplay any of those 13 early songs received was via versions by Bette Midler “Hello in There” and of course my favorite Bonnie Raitt’s rendition of “Angel From Montgomery”.

Hooper said that, “Prine was drawn to Montgomery as the songs setting by virtue of being a fan of Hank Williams. Within the creative community however, it was a different matter. John did become a superstar. He was acclaimed over the years by John Lennon, Paul Simon, Johnny Cash, Merle Haggard, Pete Townshend, Neil Young, Emmylou Harris and, to complete the circle, Elton John and Bernie Taupin.”

“More recently, Jason Isbell, Brandi Carlile, Conor Oberst and Margo Price are among the dozens of top-level artists who have toured or recorded with him,” Hooper continued. John twice won a Grammy for best folk album and was honored with a Lifetime Achievement Award by the Recording Academy. His body of work isan American treasure.

Prine is one of 16,691 Americans who have died from COVID-19 since the disease first came to America in late January.

Original reporting by the Associated Press contributed to this report.