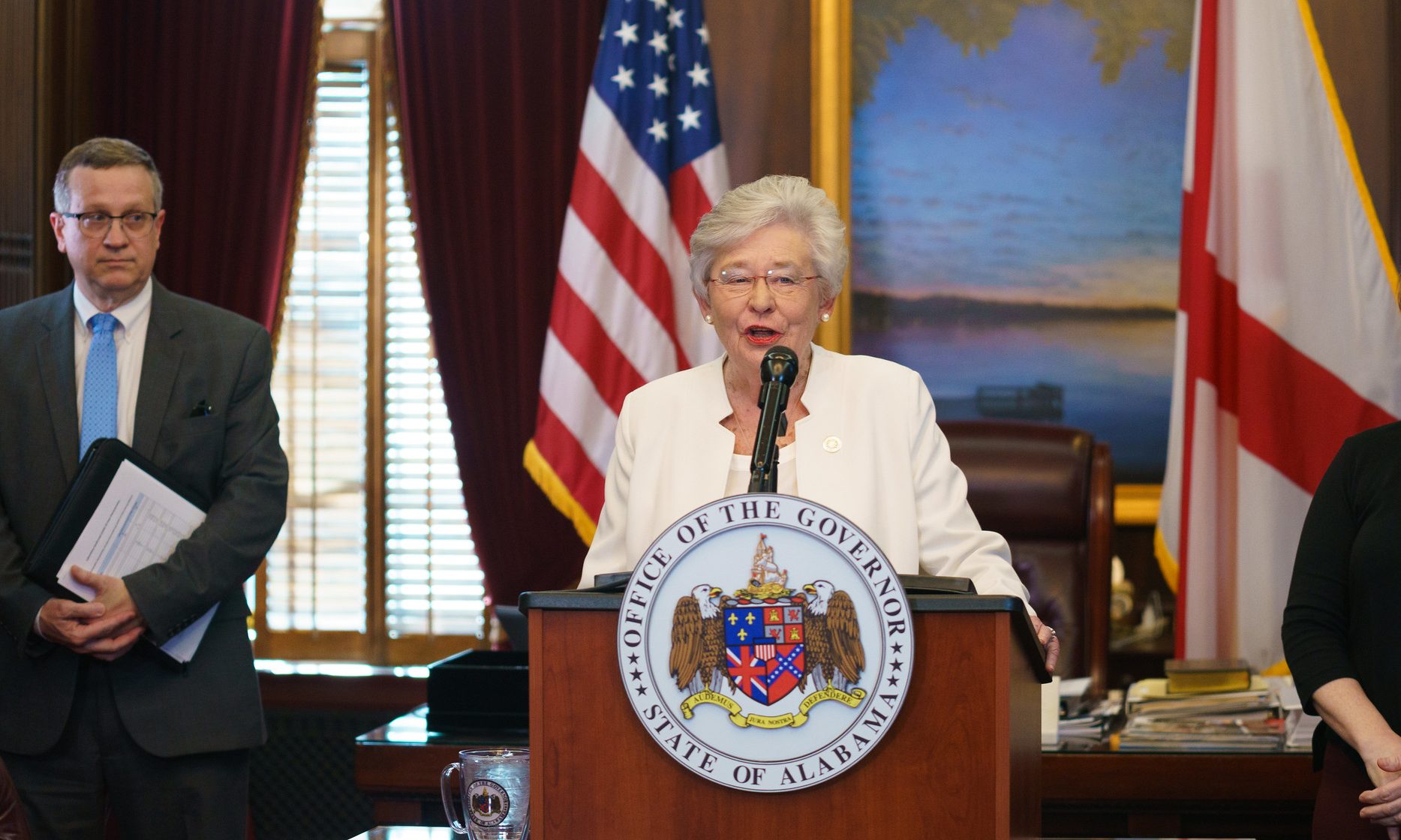 Gov. Kay Ivey on Tuesday tamped down discussion about expanding Medicaid in Alabama, saying it would be financially irresponsible to expand the program, which provides health insurance to low-income people, during the COVID-19 pandemic.

“Certainly we’re concerned about the health and welfare of all of our citizens, wherever they may live,” Ivey said. “But at the same time, it would be irresponsible to think about expanding Medicaid just for the sake of expanding Medicaid without having a complete and honest discussion about the source of stable funding to pay the match.”

When Medicaid expansion became an option in 2014, the federal government covered the full cost. Beginning in 2016, funding began dropping from 100 percent. By this year, the federal match rate will level out at 90 percent.

“There is a lot of exploring that has to be done on how you pay for it,” Ivey said. “Right now, we’re focused on keeping everybody healthy and figuring out how we can get our people back to work.”

Federal funding covers most of the costs for those who become newly insured through expansion, but Republican state legislators fear the larger costs would cripple an already tight state budget. Alabama’s constitution has a balanced-budget provision that does not let the state run a budget deficit.

Expanding the program allows states to provide healthcare coverage for all individuals up to 138 percent of the federal poverty rate, which is about $28,000 for a family of three. Proponents have argued that expanding the program would pay for itself through new tax revenues without having to raise any additional taxes.

If Alabama, for example, were to expand Medicaid this year, it would start with a 90 percent reimbursement rate. Several studies estimate that more than 300,000 people would be newly eligible for the health insurance program for lower-income individuals.

Sen. Doug Jones, who has repeatedly urged the state to immediately expand Medicaid to expand health coverage to low-income people, has sponsored bills to up the federal match rate for states that have been late to expand the program.

“A lot of federal dollars are coming into states right now,” Jones said during a press conference Friday. “Alabama is missing out on a lot of those dollars we would otherwise get because we did not expand Medicaid back six or seven years ago when we had the opportunity.”

“We could give our population better health outcomes, but we could also have more federal dollars,” Jones said.

One of Congress’s coronavirus stimulus bills includes billions in aid for hospitals, but hospitals fear it may not be enough.

Rural hospitals across the country, particularly in non-expansion states, are closing at an alarmingly high rate — largely because the Affordable Care Act intended for an influx of money from more people covered by Medicaid. The new money was intended to offset cuts to Medicare reimbursements built into the Affordable Care Act.

About 52 percent of the state’s hospitals had negative total margins before COVID-19, and 75 percent of them had negative operating margins, according to Alabama Hospital Association President Donald Williamson. Canceling elective procedures to prevent the spread of the virus has crippled hospitals’ cash flows, especially the rural hospitals.

“Our hospitals are losing money rapidly because they’re not doing the elective procedures — even hospitals that are not seeing a surge in COVID patients are still operating by not doing elective procedures that make them money,” Jones said. “Expanding Medicaid would help them right now immediately if we could get that plan in place.”

Jones said Friday he is working in the Senate to pass a bill that would give states the incentive to expand the program right now.

“We’ve got to change some things in the state and across this country so that everybody has access to affordable health care,” Jones said. “Medicaid expansion is a big piece of what I’m looking at.”

The discussion around Medicaid expansion has been ongoing since Alabama refused to expand the program in 2014, but it has taken on a new sense of urgency as COVID-19 continues to disproportionately impact vulnerable people in the state. As of April 12, about 53 percent of the state’s verified COVID-19 deaths have been among black people, who make up only about 27 percent of the state’s population.

“This is a disease that has worse outcomes in people that already have other social determinants like chronic health problems or issues just related to education and income,” State Health Officer Scott Harris said Tuesday. “So this is a big concern for us in public health. We want to make sure our most vulnerable citizens are the ones that we are protecting, and we’re committed to continue to do that.”