Wednesday, former state Senator (R-Mobile) and congressional candidate Bill Hightower (R-Mobile) issued a statement in support of a congressional investigations into a possible coverup of the coronavirus by China’s Communist regime and the World Health Organization (WHO).

“While there are many unanswered questions looming, the trajectory of this pandemic is undeniable,” Hightower said. “The Communist Chinese government knew more than they told the world for too long, but it is clear we may never get straight answers from them. That is why it is critical that Congress holds public hearings to hear from officials from the World Health Organization about what they knew, when they knew it, and what protocols they had in place to address it. This information will enable us to hold people accountable, but will also help us put the systems in place to better manage future events of similar nature. American tax dollars fund this organization and American lives are being lost as a result of communist misinformation. It’s time we learned the truth.”

“Congress has previously called on the WHO to complete an in-depth analysis of the coronavirus outbreak, but the WHO has yet to do so,” Hightower said. “The American people have a right to know what protocols and procedures the WHO had in place to address epidemics and pandemics at the start of this outbreak and learn what the WHO did in response to the spread of the coronavirus. Just as important, we need to know the actual timeline of this outbreak – who knew what and when.”

The Chinese Communist Party is the only political party in China and rules the country in a very autocratic way.

The pseudo-official origins story for the coronavirus, SARS-CoV-2, that causes COVID-19, was that it was caused by a rare bat to human transmission at a fresh meat market in Wuhan City, Hubei Province, China. A Chinese consumer had not washed his hands after butchering his dinner bat…..and a global pandemic was born. According to investigative journalists with the Associated Press, the Washington Post’s Josh Rogin, and National Review that appears to be an unlikely story.

There is evidence that COVID-19 global pandemic could be due to an accidental release from a Chinese laboratory dedicated to coronavirus research. The lab was dedicated after the SARS outbreak of 2002 to 2004 that killed 904 people. Nobody has seen another case of SARS, the virus known as SARS-CoV-1 since 2004.

The research being done at the lab was troubling to American diplomats who warned in a cable, obtained by Rogin, in January 2018 that the Wuhan Institute of Virology’s work on “SARS-like coronaviruses in bats,” combined with “a serious shortage” of proper safety procedures, could result in human transmission and the possibility of a “future emerging coronavirus outbreak.”

In a series of diplomatic cables, U.S. Embassy officials warned their superiors that the lab, which they had visited several times, posed a serious health risk that warranted U.S. intervention. The officials were concerned enough about their findings to categorize the communications as “Sensitive But Unclassified,” in order to keep them from becoming public.

Chinese doctors in Wuhan City became aware of a problem as early as November, but Communist Party officials suppressed information about what was happening. Meanwhile in Wuhan City, the situation was getting more dire and more and more medical resources was being transferred to deal with the issue.

One of these was an ophthalmologist named Li Wenliang. Dr. Li, who was suddenly thrust into the middle of a pandemic that officially did not exist, reached out to his medical school colleagues for assistance combating the plague. This was the first the world had heard of any of this. Dr. Li correctly surmised that the coronavirus was being transmitted from human to human and not simply from bats to humans. The Communist Party rejected that theory and any talk that there was an epidemic in Wuhan City. Dr. Li was convicted of being a “rumor monger” which is generally a career ender in China. The undaunted Dr. Li pushed bac. Meanwhile the situation on the ground was becoming increasingly obvious that Dr. Li was right and the Chinese Supreme Court overturned his conviction. Dr. Li went back to Wuhan City to fight the virus, accidentally contracted the virus and died.

China was negotiating a first round trade deal with the United States while all of this was going on and did not want to lose face by admitting that they had a problem so kept most of what was going on out of the Communist Party controlled Chinese press. China was slow to embrace social distancing or admit what was going on in the press. China was officially downplaying the severity of the crisis or the threat of it spreading well into January. The Chinese reporting on the virus was then echoed by the WHO. Eventually, the decision was made to lock down Wuhan City; however even after all domestic flights in and out of Wuhan City were shut down, China was still allowing international routes in and out of the afflicted city.

The first known case of the novel coronavirus in the U.S. was an air traveler who arrived in Washington state from Wuhan City on January 20. When President Donald J. Trump (R) asked China to allow the Centers for Disease Control and Prevention to go to Wuhan City to study the virus, China refused. They also refused Trump’s request that they hand over samples of the novel coronavirus to the CDC, something that they still have not done. When Trump responded by shutting down commercial air traffic from China on January 31, the Chinese government accused him of racism and the WHO condemned the move. Following WHO recommendations European governments, including Italy kept allowing international traffic from China. Travelers from Europe then brought the Wuhan coronavirus back to this country leading the President to shut down most air traffic from our European allies in March.

China still denies the accidental laboratory release story and the case for that remains purely circumstantial however the Wuhan Institute of Virology posted jobs as late as December claiming that they were working on “long-term research on the pathogenic biology of bats carrying important viruses,” which had “confirmed the origin of bats of major new human and livestock infectious diseases.”

The Wuhan Institute of Virology is China’s first laboratory to achieve the highest level of international bioresearch safety, known as BSL-4. The bat research, led by Dr. Shi Zhengli, a Chinese virologist nicknamed “Bat Woman” for her work with the animals, is conducted at the lower protection level of BSL-2.

It was Dr. Shi’s team who were the first to reveal in February that the new outbreak was a bat-derived coronavirus.

On Monday, the Chinese government released a new set of guidelines about Chinese reporting on the origins of the coronavirus outbreak, stating that “academic papers about tracing the origin of the virus must be strictly and tightly managed.”

(Original reporting by the Washington Post, National Review, and One America News contributed to this report.) 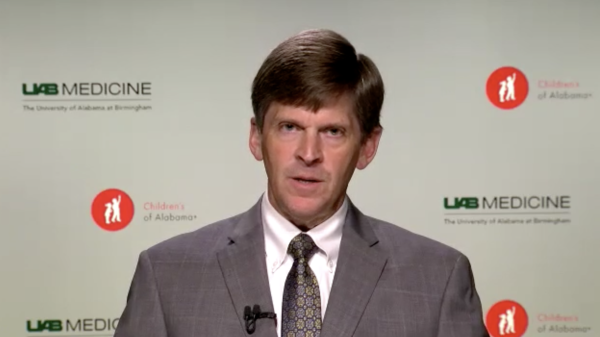 COVID-19 is the eighth leading cause of death for the age group.