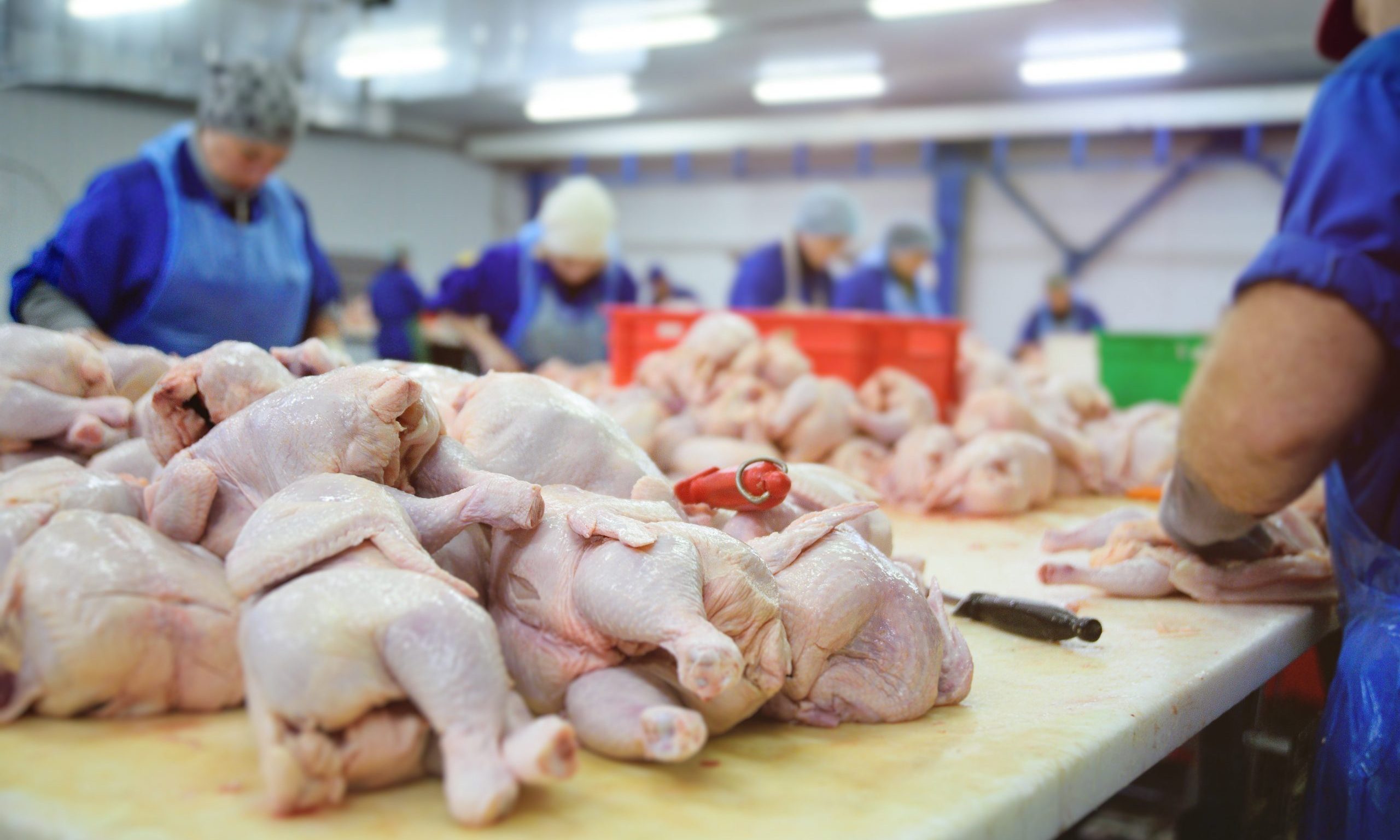 President Donald Trump plans to use the Defense Production Act to force meat-processing plants to continue to operate amid the COVID-19 pandemic, according to several news accounts.

That doesn’t sit well with unions that represent the workers who have been contracting and dying from the deadly virus.

“We only wish that this administration cared as much about the lives of working people as it does about meat, pork and poultry products,” said Stuart Appelbaum, president of the Retail, Wholesale and Department Store Union, in a statement Tuesday.

Appelbaum said in the statement that when poultry plants shut down “it’s for deep cleaning and to save workers’ lives.”

“If the administration had developed meaningful safety requirements early on as they should have and still must do, this would not even have become an issue. Employers and government must do better. If they want to keep the meat and poultry supply chain healthy, they need to make sure that workers are safe and healthy,” Appelbaum said.

According to the Centers for Disease Control and Prevention guidance meat and poultry processors are “critical infrastructure” and “may be permitted to continue work following potential exposure to COVID-19, provided they remain asymptomatic and additional precautions are implemented to protect them and the community.”

The CDC guidelines note multiple recent COVID-19 outbreaks at meat and poultry plants, and stated that employees at the plants work in “close contact with coworkers and supervisors” which “may contribute substantially to their potential exposures.”

John Tyson, chairman of the board of Tyson Foods, in a full-page ad in The New York Times wrote that “the food-supply chain is breaking.”

“As pork, beef and chicken plants are being forced to close, even for short periods of time, millions of pounds of meat will disappear from the supply chain,” Tyson wrote in a letter used in the ad. “As a result, there will be limited supply of our products available in grocery stores until we are able to reopen our facilities that are currently closed.”

A Tyson pork plant in Waterloo, Iowa closed last week after 180 employees tested positive for COVID-19. Two workers died and hundreds more were confirmed to have the virus at another Tyson plant in Columbus Junction, Iowa, according to news accounts.

According to the Midwest Center for Investigative Reporting, as of April 28 there have been “at least 4,400 reported positive cases tied to meatpacking facilities at 80 plants in 26 states, and at least 18 reported worker deaths at 9 plants in 9 states.”

The nonprofit investigative newsroom also reported that there were an unknown number of confirmed COVID-19 cases among workers at the Pilgrim’s Pride meat processing plant in Guntersville, Alabama.

An estimated 25 percent of the country’s meat processing plants have shuttered since early April, the Associated Press reported on April 22.

Trump is expected to sign the executive order later on Tuesday, Reuters reported.