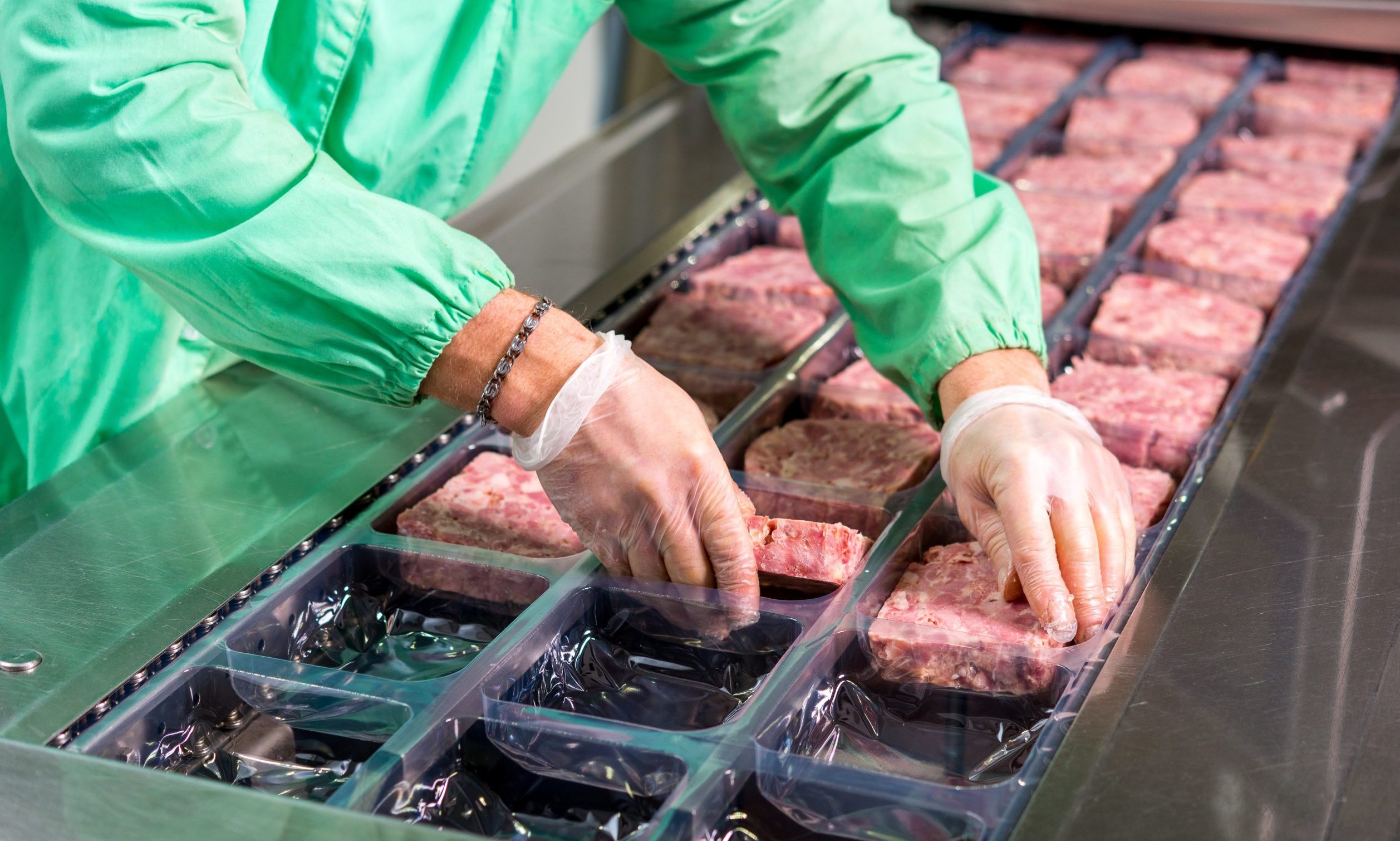 Several chunks of raw meat being processed packaged and shipped

R-CALF USA, a Montana based ranchers group, sent a letter today to President Donald J. Trump (R) as well as House and Senate congressional leaders stating that the COVID-19 pandemic demonstrates the United States’ beef supply chain lacks resiliency and redundancy. The group urges a review to consider whether a physical and geographical restructuring of the meatpacking industry is required to disaggregate and decentralize beef processing capacity.

“The COVID-19 pandemic unequivocally demonstrates the United States’ beef supply chain lacks resiliency and redundancy,” R-CALF explained. “In recent years warnings signs have escalated and adverse effects on cattle producers have compounded. Circumstances now unfolding – restricted market access and seriously depressed prices for America’s cattle farmers and ranchers, lack of available beef in some or many of America’s grocery stores, and near record to record beef prices charged to America’s consumers, reveal that the United States must immediately begin the development of a strategic, national food production, processing and distribution policy that can meet America’s food security interests, arguably the most vital of interests to all of America.”

R-CALF, “Urges an immediate review of whether a fundamental restructuring of the United States’ multisegmented beef supply chain is required to ensure that never again will the closure of one or a few plants destroy the livelihoods of America’s cattle farmers and ranchers, or disrupt America’s access to an abundant supply of an important protein source: safe, wholesome and nutritious beef. Such a restructuring appears to be necessary to ensure that never again will America’s cattle farmers and ranchers require an infusion of taxpayer subsidies to substitute what a robust, competitive marketplace could and should have continually provided, even in the face of a pandemic. The proposed review should consider whether a physical and geographical restructuring of the meatpacking industry is required to disaggregate and decentralize beef processing capacity.”

“Presently, only four companies control over 80 percent of America’s fed cattle market (the market for cattle raised specifically for beef production),” R-CALF states. “One of those companies is Brazilian-owned and is the world’s largest beef packing company while the controlling interest in another is owned by yet another Brazilian company, which also is one of the world’s largest beef packing companies. These four companies operate only about 24 physical beef packing plants. According to a 2008 enforcement action by the U.S. Department of Justice, approximately three-quarters of America’s fed cattle packing capacity and close to 80 percent of all cattle fed in feedlots are centralized in the High Plains, a region consisting of only six states.”

The group urges two immediate “triage reforms” to rebalance the cattle market to prevent the loss of the critical mass of cattle farmers and ranchers essential to achieving America’s food security interests.

Those reforms include empowering America’s consumers to begin supporting America’s cattle farmers and ranchers with a new Mandatory Country-of-Origin Labeling (MCOOL) law for beef. The group states MCOOL will reignite the flame of competition extinguished by importers who lessen demand for USA-produced beef with their cheaper, undifferentiated foreign beef products.

The second urgent reform requested is designed to restore the integrity of the cattle market’s most important price discovery market – its cash market. The group suggests the current Congress reintroduce the 110th Congress’ Senate Bill 786 and modify it to require beef packers to participate in the price discovery market at a level greater than half, i.e., above 50%. The group states this reform will help to immediately reignite competition in the marketplace itself.

R-CALF says that more reforms are needed but acknowledges that additional comprehensive reforms would be outside of the specific investigation it was asking Congress to consider now and should be discussed later.

Alabama was especially hard hit by packer consolidation. Historically Alabama, with its long growing season, mild winters, and plentiful rainfall was very attractive for the cattle industry. After John Morrell closed its Kosher beef cattle slaughter plant in Montgomery in the early 1990s the number of cows in the state has dropped substantially.