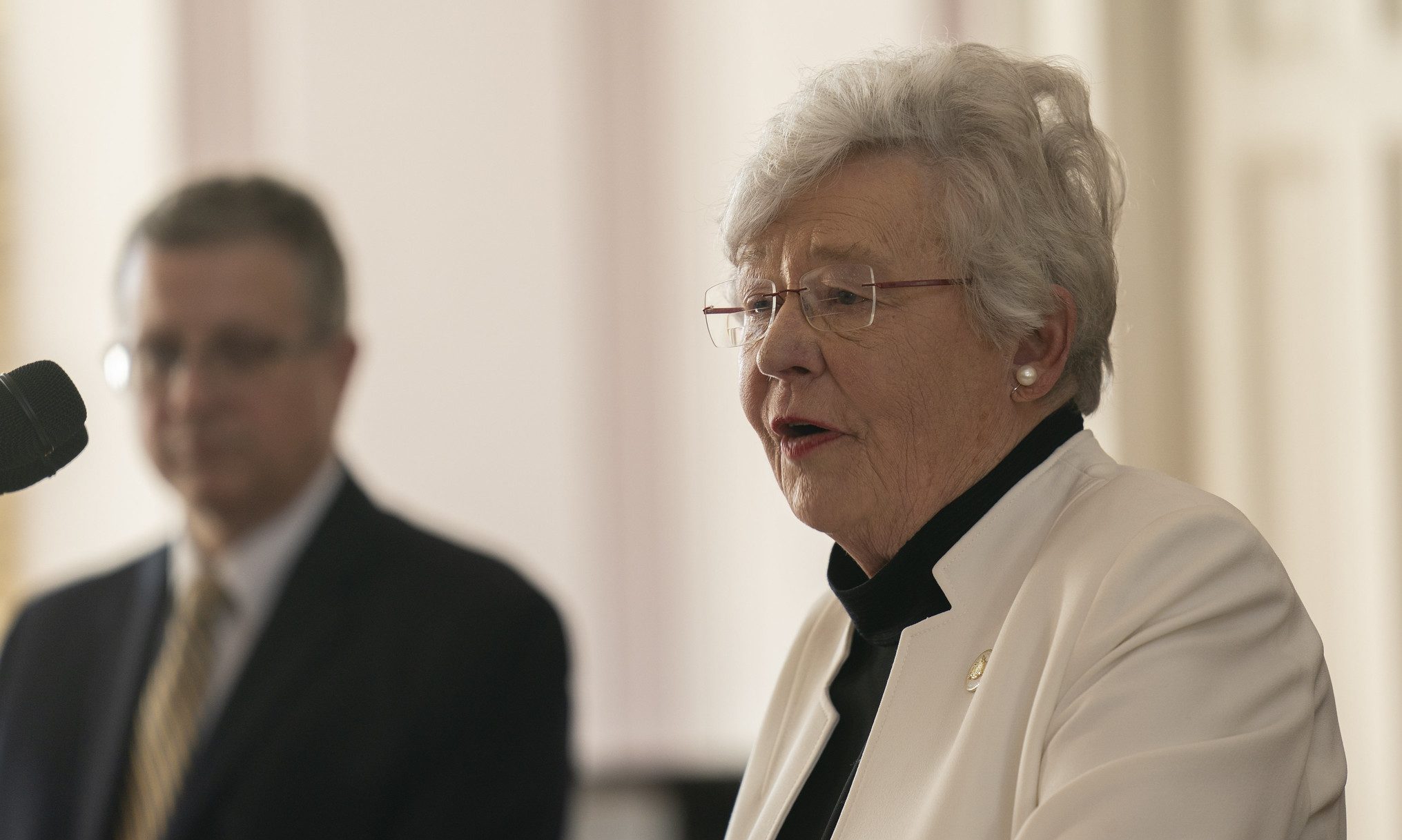 Republican state senators are becoming increasingly anxious that Gov. Kay Ivey is being too cautious in her approach to reopening the Alabama economy and getting the people of Alabama back to work.

This week State Sen. Tom Whatley, R-Auburn, filed a bill “to improve the system of checks and balances” in setting, extending and lifting states of emergency.

“Currently the State Health Officer, who is appointed by a special interest group of doctors and not elected by the people, has the ability to close down all businesses in the state without consent from anybody who has received a single vote from an Alabama citizen,” Whatley explained. “The governor still has emergency powers, but this bill involves more people and creates a better and more inclusive process in the decision-making process especially when the stability of the entire state is at stake.”

Senator Will Barfoot, R-Montgomery, is a co-sponsor of the bill. Barfoot said that he wants to see more elected officials involved with the decision making.

“This is not aimed at any person individually,” Barfoot explained. “The medical community, and the State Health officer, in particular, is doing the best job they could under the circumstances. However, as many moving pieces as there are in managing a state, more voices must be heard. This bill would allow the Legislature to have a process to have a say in any of those orders that affect the daily lives of the citizens of Alabama.”

State Sen. Jim McClendon, R-Springville, is another co-sponsor of SB334.

“Right now, the public health officer is hired and fired by (the medical association),” McClendon said. “None of those people are accountable to the public.”

The Alabama Medical Association is simply a group that represents doctors in the state.

“There’s some things that we’ve done, they just do not make sense,” State Rep. Will Dismukes, R-Prattville, said on an appearance on Capitol Journal. “I have respect for Dr. Harris, but the governor just can’t go off of everything Dr. Harris says because he is Dr. Harris. You do have to look at the total function of our economy, the total function of our state and the role that it plays in this nation, and the role that it plays in individual municipalities and counties.”

“Early on, I praised the governor,” Dismukes continued. “She really did do a good job saying early, let’s just monitor this. She tried to keep the economy going the best she could and leave things open. Then it was like all of a sudden, a switch flipped, and it was like we got more and more and more taken away from us. Then when we should start rolling things back, we’re still staying shut down.”

Dismukes joined protestors in front of the State Capital on Tuesday demanding that the orders closing businesses, sports fields, and Churches be lifted,

“I don’t know why we are continually being oppressed and we have so much governmental overreach,” Dismukes told the protestors. “I fully believe that today is the day that we go back to work.”

“Quite frankly, I think the governor will hear from several senators, including leadership this week what we’re thinking,” Butler said. “We had a meeting yesterday of about 25, 26 of our colleagues in the Senate — had a meeting and we have, I think, as a consensus think that barbershops, nail salons, beauty shops, restaurants and other establishments like that — we put the hospitals back to doing elective procedures, which they need for steady income, and the patients need for their procedures. I think the governor will hear this week that the majority of the State Senate, at least, and I think many, many, many in the Statehouse, will be supportive of those kinds of reopenings.”

On Friday, State Senator Sam Givhan, R-Huntsville, told WVNN that allowing businesses to reopen, but refusing to allow more than ten people in a church was unconstitutional.

“Now that’s something I think is purely unconstitutional and don’t understand why that’s being done,” Givhan said. “Somebody said businesses are set at 50 percent of their occupancy. Somebody went into Lowe’s the other day and noticed the occupancy was 2,000 people. You can get 1,000 people in Lowe’s, but you can’t get, you know, 50 people in Whitesburg Baptist Church. Something is wrong with that picture.”

The biggest hurdle to passing this and other legislation is Speaker of the House Mac McCutcheon, R-Monrovia. One senior Senator told the Alabama Political Reporter that the Senate is willing to work through Monday, and even Sunday if necessary, but McCutcheon is insisting that the House of Representatives will not consider any legislation other than the budgets and members’ local bills.

Chairman Mike Jones, R-Andalusia, said, “This is probably the last meeting of the House Rules Committee.”

The rules committee sets the special order calendars. The Senate can pass legislation, but unless the House puts it on the floor it can not be considered. At this point, House leadership appears unwilling to address any of the issues being brought up by legislators.

At this point, Ivey has not announced a further loosening of restrictions on Friday or even on May 15.