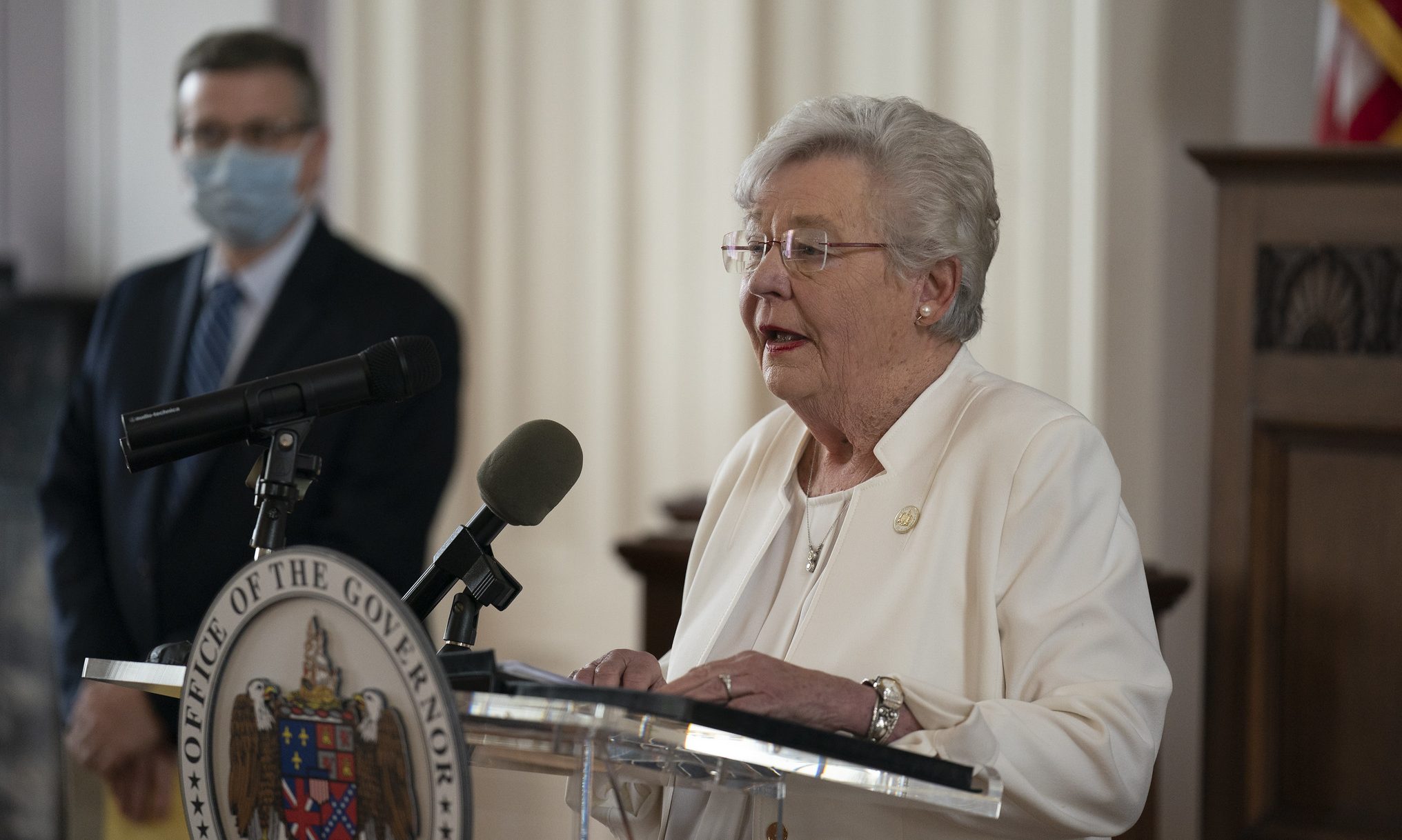 Things are not better.

COVID-19 has not slowed its spread throughout the state of Alabama. It is not easing. Numbers are not down. In fact, more new cases were reported a couple of days last week than ever before.

From what I can tell, not a single benchmark set by the Trump White House has been achieved in this state.

And yet, on Friday, Gov. Kay Ivey held a press conference at which she told Alabamians that we’re basically reopening everything, because, “I know how the people of Alabama are responding and paying attention while heeding the good public safety health warnings.”

Look, I have taken a position on this virus — and the response to it — that is much more relaxed and middle ground than almost all of my friends on the left.

I think the initial lockdowns were necessary to stop our hospitals from being overrun and to prevent massive casualties, and I think the directives to socially distance, wash your hands frequently, don’t touch your face, wear a mask and protect vulnerable people are very, very important.

But this isn’t a zombie virus.

Contracting it doesn’t mean certain death. In fact, for 99-plus-percent of the population, it doesn’t mean death. For about 90 percent of even the people who get it, coronavirus doesn’t even mean hospitalization.

Now, this isn’t an argument to kill off nursing home patients so we can get our 401Ks back on track. I don’t care about the complicated money aspect of this.

I care about the simple money aspect.

The one in which good, hardworking people are going broke. They’re looking at losing their homes, their cars and everything they’ve worked for. They’re standing in food lines for hours. They’re scared to death and haven’t slept in days. They’re driving their kids all over the county to find a free lunch program that’s still serving.

Those people matter too. And it is absolutely fair for a governor — or any other leader — to consider the enormous weight of their plight.

But that’s not really what Gov. Kay Ivey did on Friday. Or, at least, that’s not the message she truly pushed.

In a way, I get it. For a couple of weeks now, Ivey has been telling us that data and specific benchmarks would determine our “reopening” in Alabama. And she specifically mentioned those White House guidelines as a good place to start.

What do you say now that you’re going to reopen without hitting any of those?

Because we haven’t hit a single one of them.

We don’t have a 14-day or 7-day downward trajectory in symptoms or cases, and we sure don’t have a “robust” anything having to do with testing people. Those are the White House guidelines, and we haven’t met a one of them.

So, there wasn’t much for Ivey to say. And instead of going with the simple, unvarnished truth, she tried a lie to sugarcoat things.

There is not a soul in this state — even those who are clamoring to “reopen” it — who could look you in the eye and tell you that Alabamians have done a good job “heeding” the public health orders.

The data and our growing case numbers say otherwise. And if you’ve been to pretty much any Lowe’s or Walmart in the past two months, you know how absurd that statement is.

That comment from Ivey — along with her decision to reopen almost everything — leads the public to believe that things are better, that the threat is lessened. After all, why else would the governor be saying that AND reopening things?

It doesn’t matter that Ivey came back later and tried to impress upon people that they needed to continue to take the virus seriously, that the threat isn’t over.

The damage was done.

And all the while, the less pleasant — but more realistic — truth sat unused.

Ivey could have told the people of this state that the crushing economic reality was driving everyday Alabamians to the poor house. That food banks are low on supplies. That there might not be enough food stamp money to go around. That their neighbors are on the verge of living in their car.

But at least it would have been the truth.