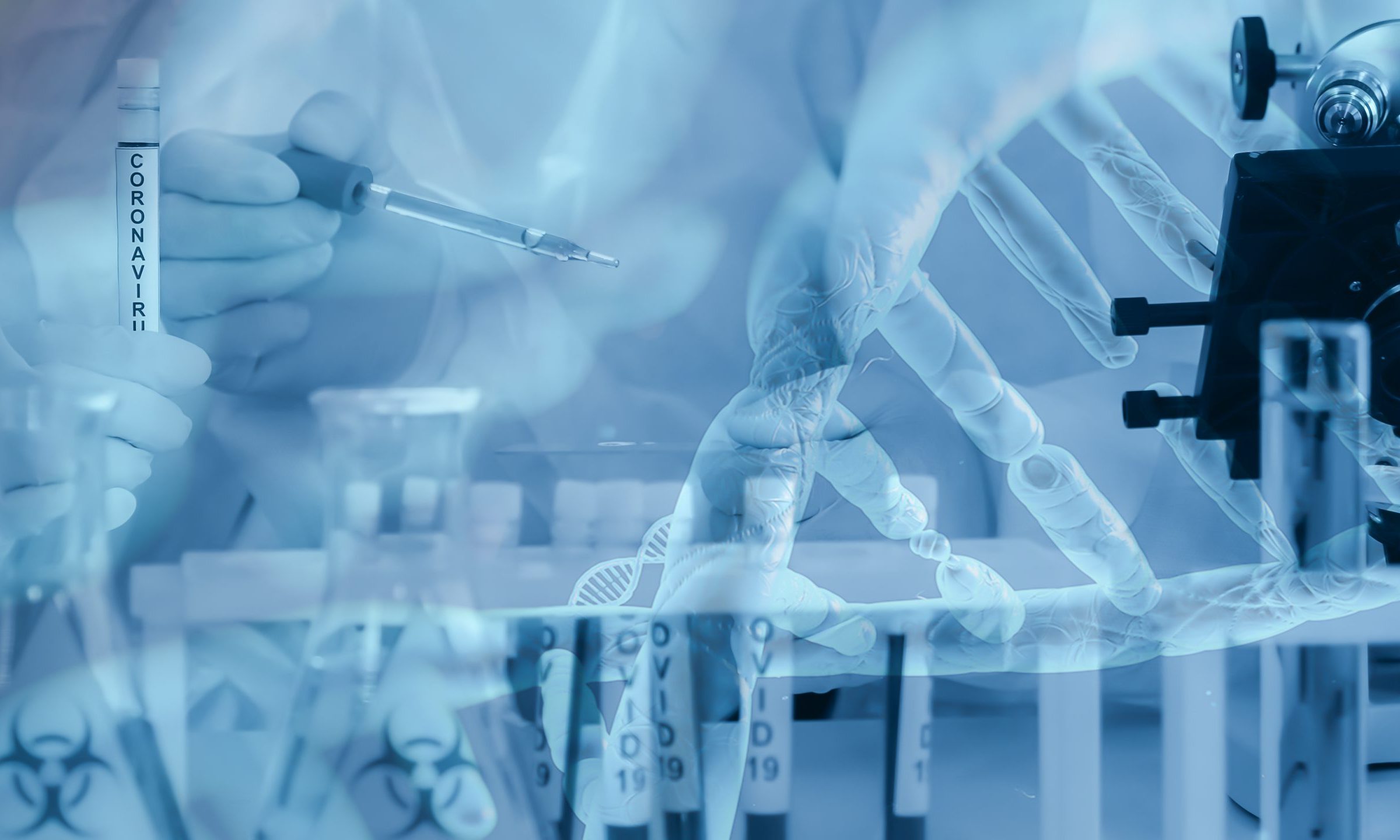 While most Americans believe a vaccine for COVID-19 will be available in 2021, only around half say they’ll get vaccinated according to a recent study.

A leading infectious disease expert at UAB worries, however, that there’s no guarantee researchers can create a safe, effective vaccine for the virus at all, and that if a vaccine does make it to market, making enough doses to protect those in the U.S., and people worldwide, could take some time, and that without a vigilant public, the virus could infect and kill millions more in the U.S.

“Seemingly, a large number of our population doesn’t quite comprehend the power of this pandemic,” said Dr. Michael Saag, an infectious disease expert at UAB and prominent HIV/AIDs researcher, speaking to APR on Wednesday. “They certainly have heard enough information about it. They’re aware of it. They just haven’t translated that awareness into the meaning.”

Saag said the impact of many people in Alabama getting the virus at one time “is where we’re headed, unfortunately.” Saag cited APR’s reporting Tuesday that shows the number of new confirmed cases statewide have been rising since April 30, and show no sign of slowing.

Saag said he worries that if and when a vaccine is available, many who aren’t taking coronavirus seriously, because it hasn’t yet infected them or someone they know, might be less likely to get vaccinated.

“Why would I want a vaccine for something that isn’t real, or isn’t a major thing in my life?” Saag said. “And the second thing is, I think appropriately, is that we don’t know if we’re going to have a vaccine, but if we do, what is the safety profile of that vaccine? And that won’t be known until the large scale efficacy studies are done.”

A majority of those who said they wouldn’t get vaccinated, or 70 percent, said they’d avoid doing so over concerns about side-effects.

“That’s a manageable concern, that the details will matter there,” Saag said.

President Donald Trump’s Operation Warp Speed program, announced May 15, aims to supply the U.S. with 300 million doses of a COVID-19 vaccine by January 2021, which is quicker than any vaccine has been developed and sent into market. There’s been no details from the White House as to how all those doses, if created, would be given to Americans.

“President Trump’s vision for a vaccine by January 2021 will be one of the greatest scientific and humanitarian accomplishments in history, and this is the team that can get it done,” said U.S. Department of Health and Human Services Secretary Alex Azar in a statement.

National Institutes of Health Director Francis Collins told the Associated Press last week that at least four or five vaccines being developed look promising, and one or two will be ready for large-scale testing by July.

“I’m not still 100 percent confident we’re going to have a vaccine,” Saag told APR on Wednesday. “I’m pretty sure we’re not going to have it in 2020.”

Saag said the best we can hope for is that we have data that shows a vaccine for COVID-19 works by the end of 2020.

“But think about the transition from knowing that something works to getting it scaled up in production, to a level where you have to have 300 million to 600 million vaccines available, just for the United States,” Saag said. “And this is a global pandemic so we’re talking about billions of doses of vaccine. I don’t think we’ve ever done anything like that before.”

Traditional vaccines, which use either a weakened version of a virus or proteins taken from the virus, require much effort to produce, Saag said, which is why we sometimes see shortages in vaccines for the common flu.

“But the vaccines that I think are showing promise here are brand new, or brand new approaches to vaccines,” Saag said.

These new vaccines use messenger RNA (mRNA), which are genetic components of the virus that are then injected into a person and can produce the protective proteins that can create immunity, Saag explained.

“The bottom line is the mRNA vaccines will be much, much easier to mass produce,” Saag said. “So I think there’s some hope, if we do have something by the end of this year, that we could in the next year ramp it up, with the right kind of commitment and resources, which will be motivated to do.”

Without a vaccine, the picture becomes much more dire, he explained. To get the epidemic under control we’ll need at least 70 percent of the population to have immunity, Saag said.

“That’s the so-called herd immunity that you hear so much about,” he said. “For us to get to that point without a vaccine is going to take a lot of pain.”

Deaths in the U.S. from COVID-19 were approaching 100,000 on Wednesday, and the number of confirmed infections were at 1.6 million.

For the U.S. to get to 70 percent immunity around 210 million people would have to have been infected with COVID-19, Saag said.

“And when you translate that into deaths, even if the death rate is 1 percent, we’re dealing with over 2 million people who will have died,” Saag said.

Saag said what’s important for the public to understand is that “this epidemic does not go away unless we get enough people immune. Unless and until we get herd immunity.”

An effective oral antiviral drug, if researchers can produce one, could be used very early in the course of a COVID-19 infection, Saag said, which could have an impact on outcomes for COVID-19 patients.

“That would abort the progression to more severe disease,” Saag said of an oral antiviral drug.

The giant pharmaceutical company Merck and Miami-based Ridgeback Biotherapeutics on Tuesday announced the two companies had entered into an agreement to develop the antiviral drug EIDD-2801, which is in early clinical development to treat COVID-19 patients, according to Businesswire.

“I think that that would be the other solution, if we don’t get a vaccine, and I think it’s, I don’t know, a 50 percent chance we’ll get one that works and is safe,” Saag said.

Vaccines are hard to develop, Saag said, adding that for 35 years researchers have been trying to develop a vaccine for HIV.

“Respiratory Syncytial Virus, which is the number one cause of childhood breathing trouble, we’ve tried for 20 years. We’re close on that one but we haven’t got it yet,” Saag said.

“I think this particular virus has a profile that gives me some hope, unlike HIV, which is much more difficult, but I think while we’re waiting for a vaccine the development of effective antiviral therapy may be our bridge,” Saag said. “Without either of those, frankly, we’re in for a long haul with this virus. I’m talking, potentially years of dealing with this virus.”

UAB continues to study and treat some COVID-19 patients with the antiviral drug Remdesivir, the only such antiviral drug approved by the U.S. Food and Drug Administration on an emergency basis to treat coronavirus patients. Physicians at UAB have said patients have been administered the drug intravenously improve 31 percent faster, but there are limitations with the drug’s use.

Dr. Racheal Lee, a UAB Hospital epidemiologist, in a press briefing on Wednesday said Remdesivir can’t be given to patients who have liver problems and may be less effective for patients who are so sick that they require a ventilator.

“I think we still are waiting to tease out some of these side effects from the medicine, but overall, it appears to be fairly well tolerated, at least based on the initial trial,” Lee said.

“So I’m very hopeful about all the work that has been done on vaccine research,” Lee said, but she warned that there are other complications.

“It will be very difficult though, in terms of getting everybody in the world vaccinated in a particular time frame and also to manufacture those vaccines,” Lee said. “So I think that we as Americans need to be prepared, that we may see another way of infections in the fall, and potentially be prepared that we may have to shelter in place again, if that’s necessary.”

As researchers work to find a vaccine and additional treatments for COVID-19, Saag said it’s up to the public to act in a way that keeps themselves and others safe.

“So this increase that we’re seeing is concerning to me,” said Lee, speaking of the state’s rising new confirmed cases over the past week. “And part of that may be due to relaxing some restrictions. Part of it may be not wearing masks in public or having larger events, which is what we would be concerned about on Memorial Day weekend.”

We could go back to a more restrictive “stay-at-home” order, Sagg said, and that would likely work, but said we’ve got to find other ways forward.

“Two simple things. One. Avoid any large crowd of more than 10 people, and two. Always wear a mask when you’re around anybody else,” Saag said.

Despite much disagreement in the public sphere, cloth masks do work very well to slow the spread of coronavirus, Saag said. Up to 90 percent of the virus’s transmission happens through the aerosol route when someone infected breaths, speaks, sings or shouts, he said.

Saag said people are correct when they question whether a cloth mask that doesn’t fit tightly would protect them from contracting the virus, but said “the answer is, partially” and that wearing a mask can slow the spread in another, important way.

“It will help a little bit, but the reason to wear it is in case I have the infection and don’t know it, and I’m spreading the virus unwittingly, and that protects the people around me,” Saag said.

Lee said what she and many others want to do is be able to send their kids to school safely and go to work safely, but asked what that might look like.

“Does that mean masks? Yes. Does that mean continuing social distancing? Yes. So all of those things have to be part of our planning for the future,” Lee said.