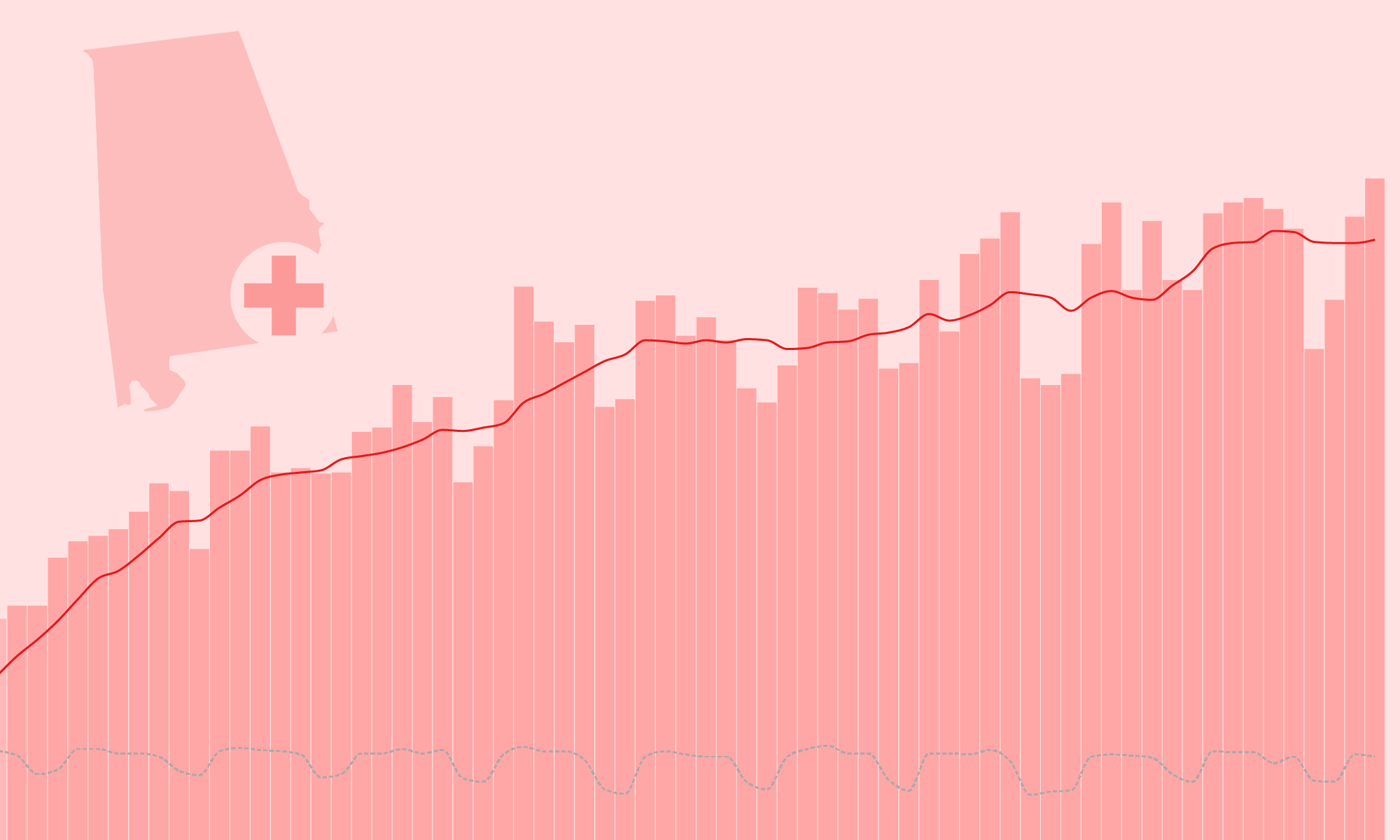 Alabama COVID-19 hospitalizations are at their highest point since the pandemic began, according to revised data from the Alabama Department of Public Health.

The new data, as reported to the state voluntarily by about 100 hospitals in the state, shows at least 629 people currently hospitalized with a positive confirmed case of the virus, as of Tuesday.

“I think when you see your deaths going up and your hospitalizations going up, that’s worrisome, and that’s not affected by your level of testing,” said State Health Officer Dr. Scott Harris in an interview Tuesday before the data error was corrected.

The rising hospitalization numbers come after the Alabama Department of Public Health revised its daily hospitalization data to correct inadvertent data duplicates that had been included from some hospitals across the state in earlier data.

“A couple of hospitals were reporting duplicates to the Alabama Incident Management System (AIMS) which feeds this chart,” the department said in a statement on Twitter. “We have retroactively updated the numbers on the Daily Hospitalizations of Confirmed Cases chart on our Dashboard.”

THREAD: The number of patients provided on the Daily Hospitalizations of Confirmed Cases chart on our Dashboard: https://t.co/GTqQp3nNQU has changed. A couple of hospitals were reporting duplicates to the Alabama Incident Management System (AIMS) which feeds this chart. (1/2) pic.twitter.com/kadAFxpRMM

The Alabama Department of Public Health’s public data of daily hospitalizations is fed by the Alabama Incident Management System, a computer system typically utilized during disasters like hurricanes and tornadoes to which hospitals voluntarily report real-time information to the state.

Alabama is one of two states without a statewide discharge database, which would make tracking hospitalizations easier.

The state asked all hospitals to voluntarily report their COVID-19 patients, hospital bed capacity and ICU bed capacity, among other data, to the AIMS system during the ongoing public health emergency, but not all hospitals regularly report data. And many hospitals do not update their data on weekends.