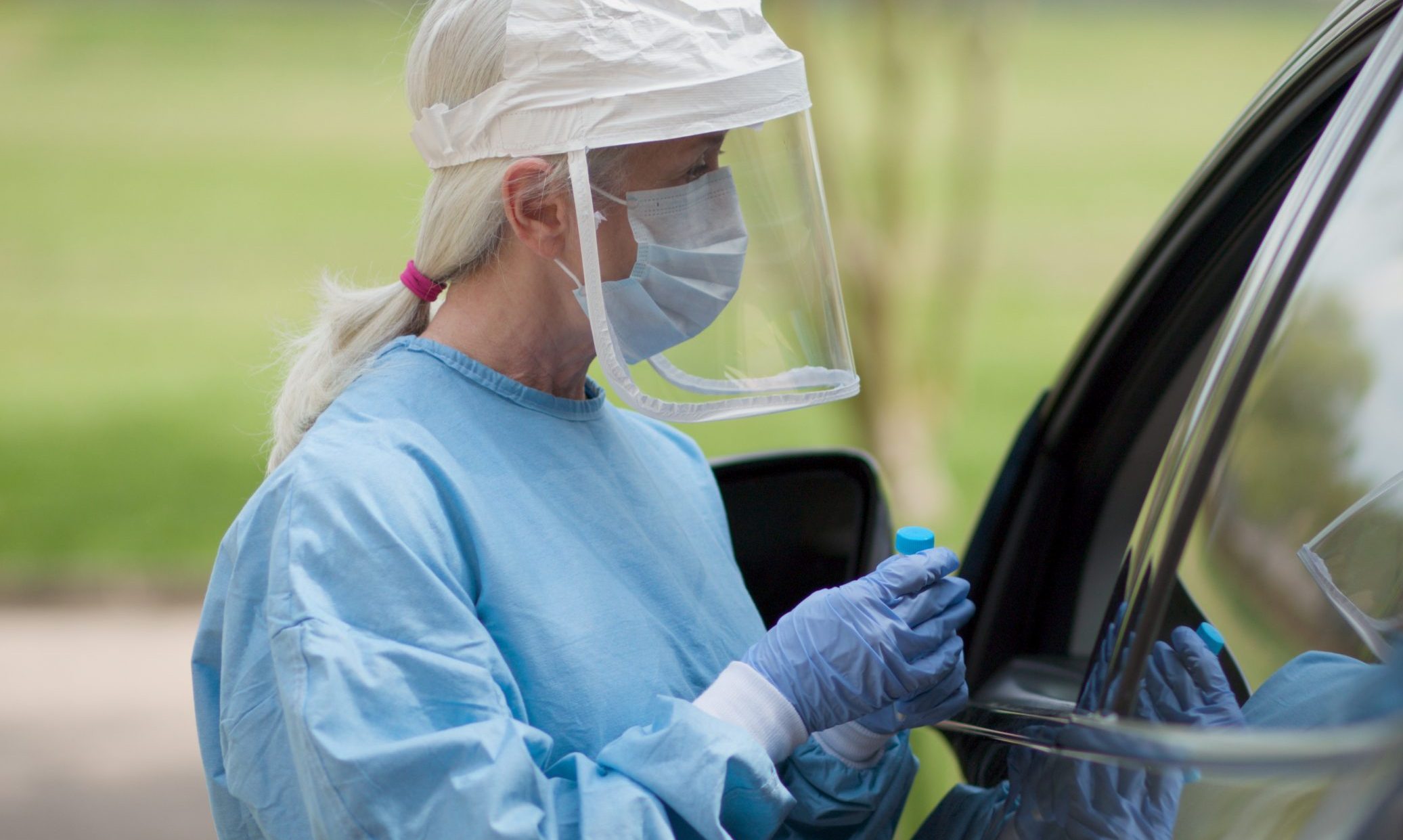 Coronavirus or COVID19 mobile testing station healthcare worker in full protective gears finishes her task and walks toward the camera.

The Alabama Department of Public Health on Friday urged the public to be vigilant about the spread of COVID-19 given that nearly 850 new cases were reported in a single day on Wednesday, the most since the pandemic began.

“COVID-19 spreads quickly, and your actions affect others. More than ever since the pandemic began, we need people to social distance, wear face coverings in public, and practice good respiratory hygiene,” State Health Officer Dr. Scott Harris said in a statement.

The Department of Public Health said some increases in cases have been connected to outbreaks as a result of large gatherings that occurred during the Memorial Holiday, and at other times.

“With ongoing community transmission, it is safer to be at home,” the department said in a statement.

It’s unclear what proportion of new cases over the past several days were connected to Memorial Day gatherings, but the record increase Wednesday came two and a half weeks after the Memorial Day holiday.

“We have some increases related to persons engaging in Memorial Day gatherings with friends and families,” said Dr. Karen Landers, the state’s assistant health officer. “However, ongoing community transmission remains a major factor.”

In particular, outbreaks in and around Montgomery County have not been linked to any single event or facility, while other outbreaks across the state have been epidemiologically linked to certain high-risk facilities.

“It is important to get the message out that COVID-19 is not gone. It’s still in our communities,” said UAB infectious diseases expert Dr. Jodie Dionne-Odom, in a press conference earlier this week. “Ninety percent of counties in Alabama are still reporting cases every day. So it’s not just isolated to some cities that you’re hearing about. It is across our state.”

Testing has increased moderately in Alabama, but the state health officer and experts at UAB do not believe the increasing case count is entirely attributable to increased testing.

“We know because we’re tracking very carefully now the numbers of tests that are done in Alabama,” Dionne-Odom said. “The number of tests over the past several weeks has been pretty consistent at about 5,000 tests a day being done in our state, so I don’t think that the increases we’re seeing now is due to increased testing because that line has been flat. What that means is the increase is evidence that there still is community spread in our communities.”

Other indicators which are less affected by testing increases also show troubling increases, including hospitalizations, which are at their highest point since the pandemic began, and deaths, which are rising. The infection rate — the percentage of positive cases to tests conducted — is also rising again.

Despite many Memorial Day events occurring outside, where transmission is less likely, spread seems to have continued, which posses a worrisome sign as hundreds gathered for protests over the past few weeks and the state looks forward to Independence Day celebrations on July 4.

“Alabama has experienced outbreaks at the workplace, long-term care facilities, and as a result of large gatherings, such as those occurring during the Memorial Day holiday,” the department said in a statement. “Although an estimated 13,500 Alabamians are presumed to have recovered from COVID-19, too many people have experienced short- and long-term complications.”

According to the Department of Public Health, measures needed to reduce the transmission of COVID-19 are as follows:

Any person can contract COVID-19, but certain people are more at risk including:

More than 750 Alabama residents have died from the novel coronavirus COVID-19, more than 2,000 have been hospitalized with the virus, and about 22,000 have had confirmed positive cases.

Mapping COVID-19 in Alabama
We are tracking the spread of COVID-19.
Chip Brownlee