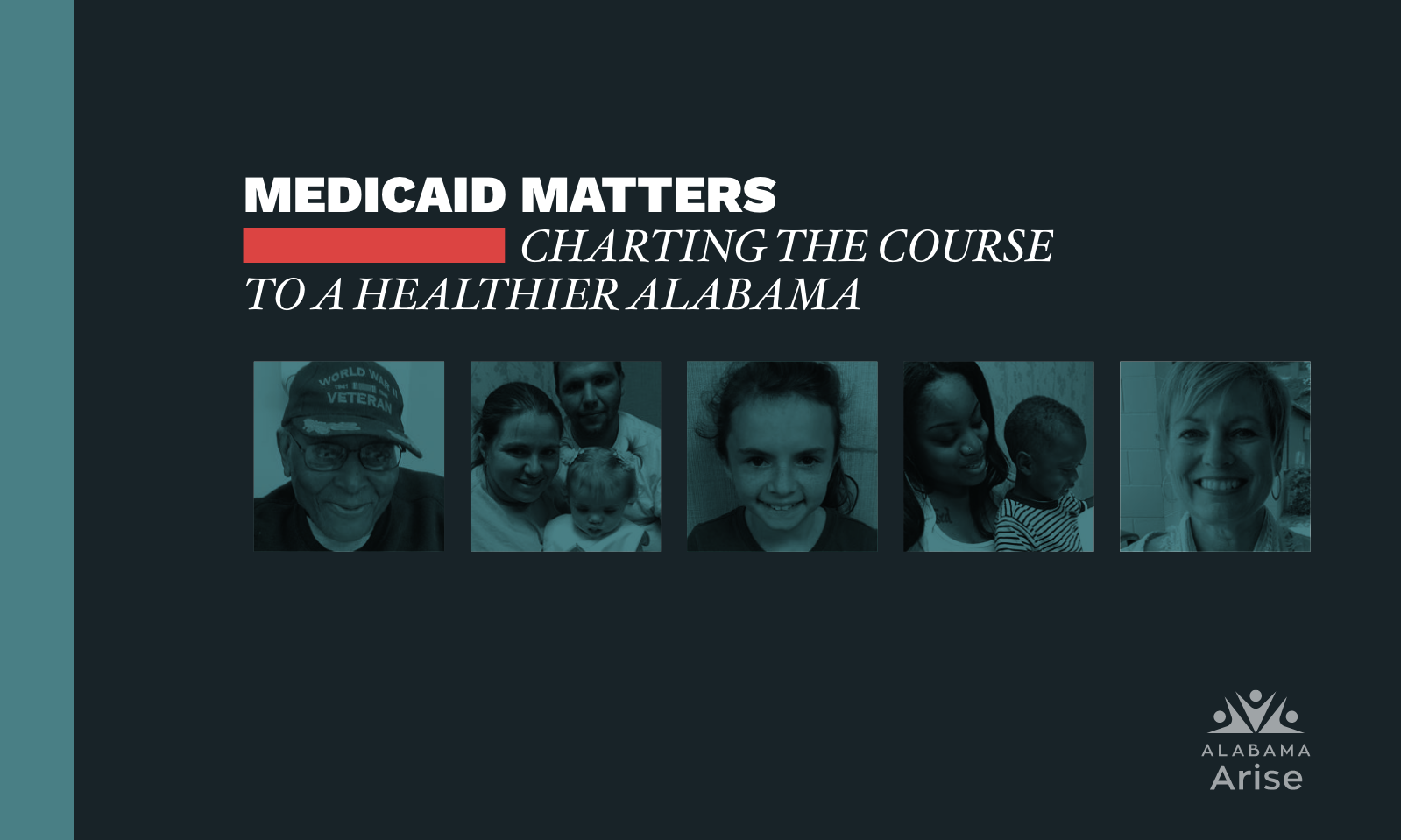 More than 340,000 Alabamians are suffering because the state hasn’t expanded Medicaid, and during the COVID-19 pandemic, the need to do so is all the more critical, according to a report released Wednesday.

The Montgomery-based nonprofit Alabama Arise’s report, Medicaid Matters: Charting the Course to a Healthier Alabama, details how an expansion of the federal program could impact those living without medical care, and those who are struggling to pay for the coverage they have.

“We’re facing, as everybody knows, unprecedented immediate challenges and longer-term challenges for the recovery,”  said Jim Carnes, policy director at Alabama Arise, speaking to APR on Friday. “And there’s no bigger step we could take right now to soften the blow over the long haul than to expand Medicaid.”

Carnes said that if Alabama could leverage $9 in federal money for every $1 in state funds on health coverage for low-income adults “there’s just no better deal in town. We’re ignoring it at our peril.”

Approximately 223,000 Alabamians earn too little or work at jobs that don’t offer health insurance, or they earn too much to qualify for Medicaid but can’t afford private insurance, according to the report.

Another 120,000 Alabamians are struggling to pay for health insurance they can’t afford.

The largest segment of workers in the state who’d benefit from an expansion of Medicaid are 28,000 food service workers, followed by 23,000 people who work in retail.

About 13,000 veterans and adult family members in Alabama have no military insurance and can’t afford private plans, according to the report, and almost 65,000 rural Alabamians are caught in the coverage gap.

Among Republicans in Montgomery, however, there’s been little support for expanding Medicaid, many of whom cite the upfront cost to the state of about $250 million a year to do so.

Gov. Kay Ivey said in a press conference in April that it would be “irresponsible to think about expanding Medicaid just for the sake of expanding Medicaid without having a complete and honest discussion about the source of stable funding to pay for the matching.”

“Right now, if you were to ask me if there is an appetite for Medicaid expansion in the Senate among Republicans, my answer would be no,” Senate President Pro Tem Del Marsh, R-Anniston, told Alabama Daily News in April.

“I’m sorry. That’s so offensive,” Carnes said.  “They’ve not been in the mood. They haven’t had an appetite, as if a major policy advancement like that is simply a whim that they’re choosing to kind of swat away like it’s just a nuisance.”

Carnes said he respects the state’s leaders, but said statements about a lack of appetite for Medicaid expansion such as the one Marsh made is disappointing.

But Carnes believes that the COVID-19 pandemic and its impact on both the health of Alabamians and the state’s economy could change the minds of those in Montgomery who have been unwilling to have serious conversations about expanding Medicaid.

Carnes believes state leaders will see the opportunity the 90 percent federally-matched Medicaid expansion presents for the most vulnerable among us.

“I really think we’re going to come around. Alabama is sometimes the ‘make me’ state, but I think all the evidence, all the arrows, are pointing in the same direction,” Carnes said.

Investments in access to healthcare stands at a critical moment

Two Washington think tanks have released findings about the future of health insurance subsidies and access to care.

Poole last month announced he was running for House speaker, before pulling out of the race.