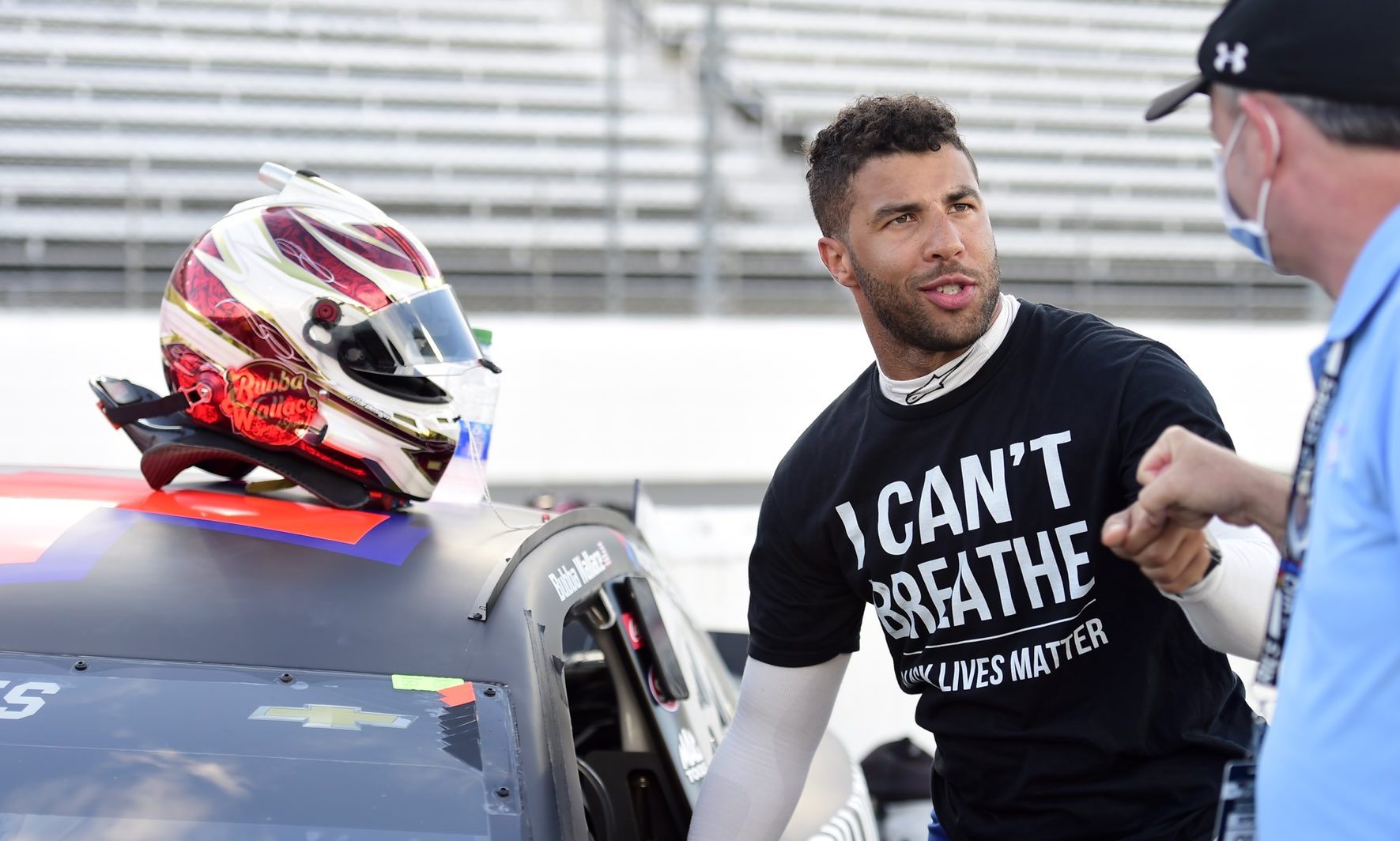 There was a noose found hanging in NASCAR driver Bubba Wallace’s garage stall at Talladega on Sunday afternoon.

A coward put it there.

It doesn’t matter who NASCAR eventually finds as the culprit — and by late Sunday, stock car racing’s governing body, to its credit, had announced a full investigation and issued a promise to “eliminate” from the sport the individual responsible — we’ll all learn that the culprit is a coward.

People who are scared that their way of life might be changing. That they might have to try a little harder. That their skin color won’t be an automatic ticket to the front of the line.

That’s why a noose was in the garage stall of NASCAR’s only black driver.

Because they’re afraid of what Bubba Wallace — a black driver with enough clout and talent to force NASCAR to ban Confederate flags at all events — means to their lives and their livelihoods.

Because the good ol’ boy network that runs racing — and I’m talking about the guys who really run it, at the local short tracks and dirt tracks and neighborhood garages — has no interest in inclusivity. Stock car racing is a sport for white people, and they’re just fine keeping it that way.

That’s what the rebel flags and overt racism has been about all these years: Keeping a white sport for white people and discouraging black participation.

What, you thought black Americans don’t like building engines and racing cars? Have you been to a drag strip on a Friday or Saturday night?

NASCAR was the last white stronghold in major American sports — the sport where a car does 95 percent of the work. And its fans and its leadership over the last several decades have, either consciously or by accident, gone out of their way to keep it that way.

Back in the early 2000s, when I covered NASCAR on a fairly regular basis, the Confederate flag was growing into a touchy subject. The only driver who would ever speak out about it was Dale Earnhardt Jr., and he got little support from the NASCAR governing body or his fellow drivers.

As the sport expanded in those years, the criticism of its redneck atmosphere dogged it, and various racial incidents finally prompted the sport to devote resources to a diversity program.

That’s the program that eventually produced Wallace. NASCAR will also tell you that it has introduced dozens of other minority kids to the sport, and several still work at some level of NASCAR.

But it hasn’t been a raging success, by any measure. And a lot of that has to do with the sport’s image and the attitudes of its fans. As we all saw on Sunday at Talladega.

Because it wasn’t just the noose in Wallace’s garage stall.

Heading into the track on Sunday, cars lined Speedway Boulevard — even though the event was mostly closed to fans because of COVID-19 fears — to fly rebel flags. During the event, a plane flew over the track hauling a giant banner with a rebel flag and the phrase “Defund NASCAR.”

This is why we can’t have nice things in Alabama. Because the redneck jokes write themselves when a bunch of hillbillies get all riled up over not being able to fly their traitor flag at their car racing/beer drinking event.

Colin Kaepernick took a knee and people lost their minds. The all-white owners in the league blackballed the man.

But even before that, the mere accomplishment of Kaepernick playing quarterback in the league was a feat of racial success. For decades, black athletes were considered “too dumb” to play a thinking-man’s position like quarterback. A position held down by scholars like Terry Bradshaw.

Only in the last few years have black quarterbacks been provided more opportunities, and still the criticisms and unfair judgments hold them back. The 2019 NFL MVP, Lamar Jackson, was told he should play receiver. Another MVP, former Auburn QB Cam Newton, was critiqued on his smile and body language.

That sort of racism is built into America. And sports often shines a spotlight on it.

It’s funny how quickly things change once that first hurdle is overcome, though. Should there be an NFL season in 2020, at least 10 of the league’s teams will have black starting QBs. And that number will likely grow in the coming years.

That’s why there was a noose hanging in Bubba Wallace’s garage stall on Sunday.

Whoever hung it there wasn’t trying to scare him.

That person was scared of Wallace, and the change he represents.