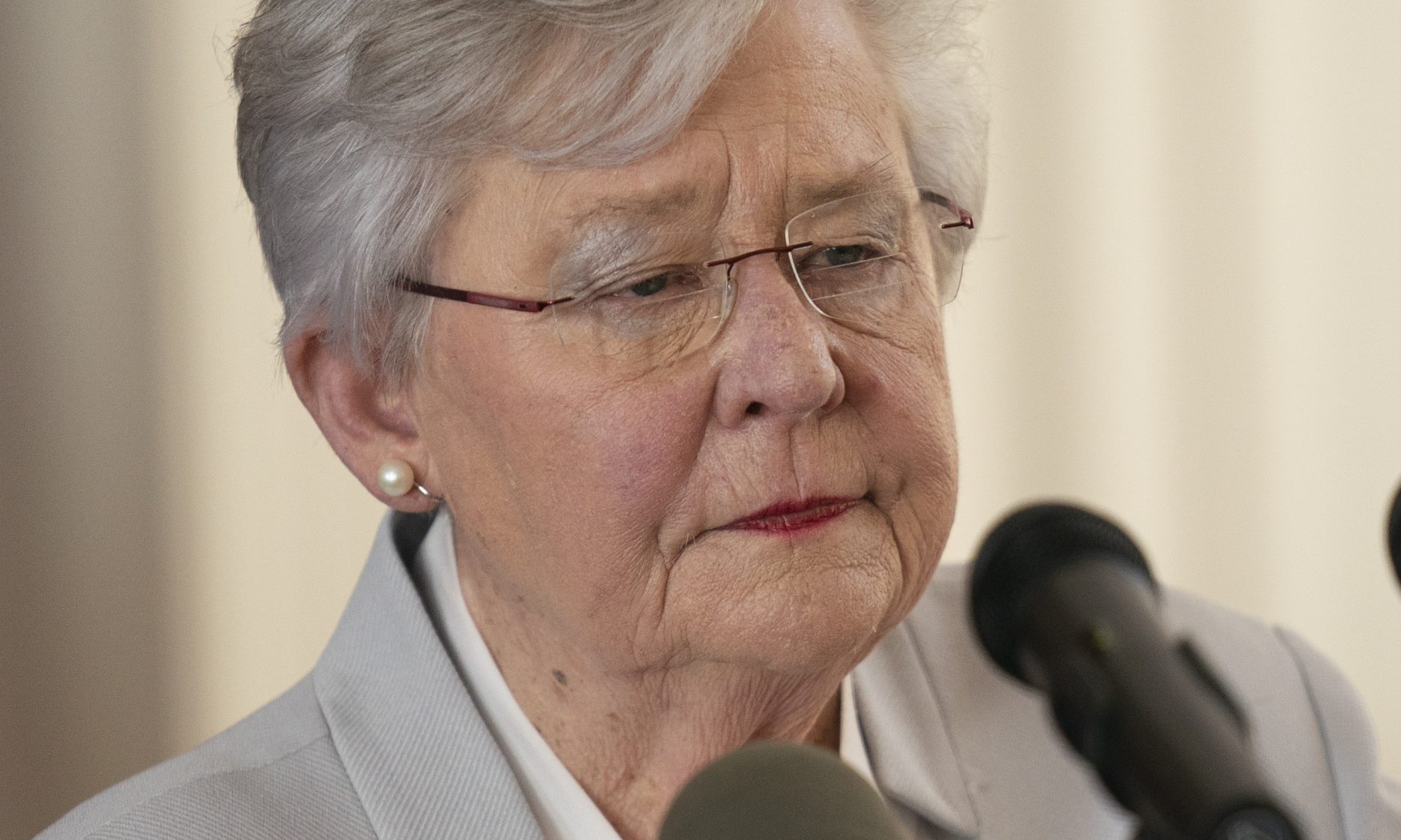 Alabama Governor Kay Ivey (R) announced on Monday, that she was shocked and appalled that a noose was found in the garage area of Darrell “Bubba” Wallace Jr. Wallace is the only Black driver, to have a fulltime ride in NASCAR’s Cup Series since 1971. Wallace, who is from Mobile, was at the Talladega Super Speedway for the Geico 500 Sunday.

“I am shocked and appalled to hear of yesterday’s vile act against Bubba Wallace in Talladega – there is no place for this disgusting display of hatred in our state,” Gov. Ivey said in a statement. “Racism and threats of this nature will not be condoned nor tolerated, and I commit to assisting in any way possible to ensure that the person responsible for this is caught and punished. While the important conversation of racial reconciliation is ongoing all over our country, it is clear there is much work to do. Bubba Wallace is one of us; he is a native of Mobile and on behalf of all Alabamians, I apologize to Bubba Wallace as well as to his family and friends for the hurt this has caused and regret the mark this leaves on our state. I ask the NASCAR family to rally around Bubba and his team as they compete today and I know that there are more people who are wishing him well today than ever before.”

Wallace has drawn attention by wearing a “I can’t breathe” t-shirt in response to the death of George Floyd while in Minneapolis Police Department custody. Wallace said that he was left saddened by the episode in Talladega.

“Today’s despicable act of racism and hatred leaves me incredibly saddened and serves as a painful reminder of how much further we have to go as a society and how persistent we must be in the fight against racism,” Wallace said in a Twitter statement. “Over the last several weeks, I have been overwhelmed by the support from people across the NASCAR industry including other drivers and team members in the garage. Together, our sport has made a commitment to driving real change and championing a community that is accepting and welcoming of everyone. Nothing is more important and we will not be deterred by the reprehensible actions of those who seek to spread hate. As my mother told me today, ‘They are just trying to scare you.’ This will not break me, I will not give in nor will I back down. I will continue to proudly stand for what I believe in.”

“I’m enraged by the act of someone placing a noose in the garage stall of my race team,” Petty said in a statement. “There is absolutely no place in our sport or our society for racism. This filthy act serves as a reminder of how far we still have to go to eradicate racial prejudice and it galvanizes my resolve to use the resources of Richard Petty Motorsports to create change. The sick person who perpetrated this act must be found, exposed, and swiftly and immediately expelled from NASCAR. I believe in my heart this despicable act is not representative of the competitors I see each day in the NASCAR garage area. I stand shoulder to shoulder with Bubba, yesterday, today, tomorrow and every day forward.”

“Late this afternoon, NASCAR was made aware that a noose was found in the garage stall of the 43 team,” NASCAR said in a statement on Sunday. “We are angry and outraged, and cannot state strongly enough how seriously we take this heinous act. We have launched an immediate investigation, and will do everything we can to identify the person(s) responsible and eliminate them from the sport. As we have stated unequivocally, there is no place for racism in NASCAR, and this act only strengthens our resolve to make the sport open and welcoming to all.”

In response to the protests following Floyd’s death, Wallace urged NASCAR to ban the Confederate Flag at all of its events. The governing body of the sport agreed and instituted the policy. The decision has been wildly unpopular with NASCAR fans. A protest was held in Talladega on Sunday and dozens of Confederate battle flags were raised in the stands in defiance of the ban outside of the super speedway. An airplane flew overhead with a Confederate battle flag banner. The Geico 500 was the first race to allow fans in the stands following NASCAR’s return after a ten-week hiatus due to coronavirus fears. Only 5,000 fans were allowed in attendance.

NASCAR has been troubled by its Southern heritage for years as the France family has sought to make the sport of stock car racing more popular nationally and grow the sport beyond its white southern male core supporters. TV networks and corporate sponsors have long expressed concerns about the Confederate battle flag at the events.

The fans do not have access to the garage area due to COVID-19 concerns and the size of the team crews and media present has been greatly reduced due to coronavirus concerns so the number of people with access is much less than in a normal racing season.

The race was supposed to have been run on Sunday, but was postponed until Monday due to inclement weather. Ryan Blaney won the race in the number 12 car, a Ford. Ricky Stenhouse Jr. in the number 47 car, a Chevrolet, finished in second.

Reuters has reported that the France family which has owned NASCAR since its early beginning have contracted with Goldman Sachs to try to find a buyer for NASCAR. Motor racing is the only major league professional sport in the state of Alabama.