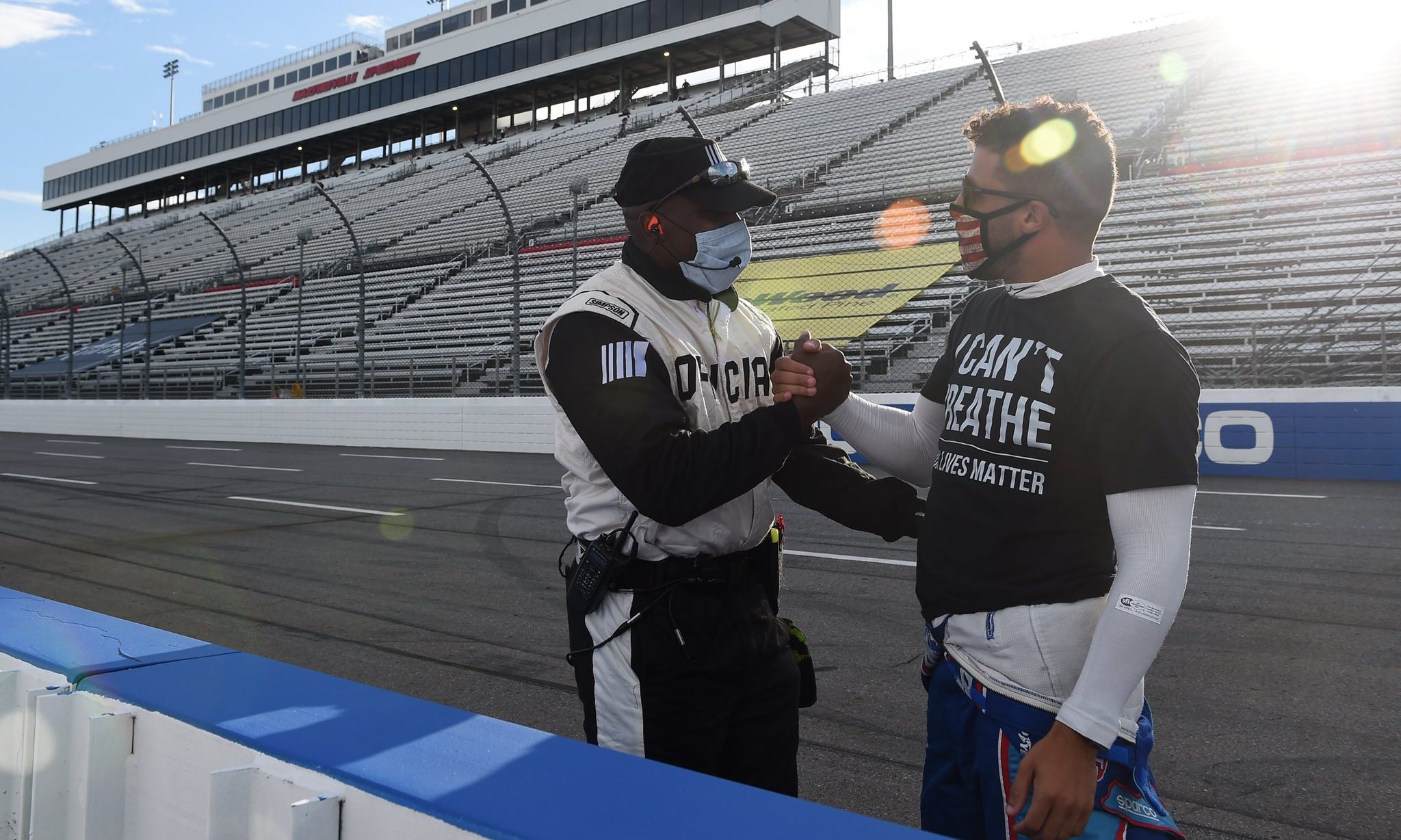 The Southern Poverty Law Center responded to the discovery of a noose in the garage stall of a Black NASCAR driver on Sunday.

Lecia Brooks, SPLC’s  chief workplace transformation officer, in a statement Monday expressed concern over the use of a noose in an act of racial intimidation against Bubba Wallace, the only Black driver in NASCAR’s elite Cup Series.

“It is extremely troubling, yet sadly expected, that someone would hang a noose — the ultimate symbol of white supremacist violence used to murder Black people — in the stall of the only Black driver on the NASCAR circuit. This act of retaliation to NASCAR’s recent announcement to ban Confederate flags at its speedways will not deter the movement to reject and remove symbols intended to intimidate Black people and reassert white supremacy,” Brooks said in the statement.

Jay Town, U.S. Attorney for the Northern District of Alabama, said Monday that his office, the FBI and the Department of Justice Civil Rights Division are looking into the incident.

“We hope that NASCAR will continue to cooperate and exhibit transparency with respect to the investigations the Department of Justice and Federal Bureau of Investigation have launched to determine and hold responsible those who committed this heinous act of racism.”

The noose was placed in Wallace’s garage stall days after NASCAR banned the confederate flag in the wake of the death of George Floyd at the hands of a police officer in Minneapolis, which sparked protests nationwide and a call for the removal of signs of the Confederacy. Wallace had called for NASCAR to ban the flag, and had his car wrapped in a “Black Lives Matter” paint scheme.

Wallace has received an outpouring of support from the public and from fellow drivers since the discovery of the noose by one of his crew members. On Monday, a group of drivers pushed Wallace’s car to the front of  the field before the start of the GEICO 500 at the Talladega Superspeedway.

Richard Petty, who owns Wallace’s car, comforted the driver as Wallace climbed out of the car and appeared to weep at the front of the field.

The words “#IStandWithBubbaWallace” were painted on the infield grass before the start of the race.